I'm not sure when it was published, but it was quite old, probably mid to late 1900s. It contained a number of short stories and poems. Its cover was red.

The only story I can concretely remember was that it had "The Birds" by Daphne du Maurier. There was also a short story I can remember hazily that was about someone dead/dying in a spaceship that was heading towards destruction. There was also a poem written by someone with the first name Arthur (I think?) who was both a poet and a government official later in his life. 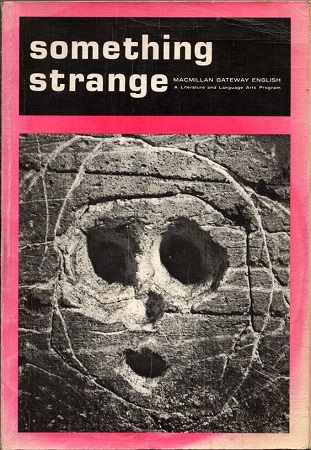 Something Strange, a 1969 anthology and high school English text; published by Macmillan; edited by Marjorie B. Smiley, Mary Delores Jarmon, and Domenica Paterno. Note the red cover. Contents include Daphne du Maurier's novelette "The Birds", a bunch of other stories of science fiction, fantasy, and horror, and eight poems.

Two of the poems, "Epistle to Be Left in the Earth" and "The End of the World", are by the poet Archibald MacLeish, who served as Librarian of Congress from 1939 to 1944.

The story "about someone dead/dying in a spaceship that was heading towards destruction" could be a hazy recollection of Tom Godwin's novelette "The Cold Equations", which you can read at the Internet Archive or listen to the X Minus One radio adaptation.