I am trying to recall an anime, in which the main character is a kid and somehow he finds a robot and they fight robot battles just like in Big Hero 6, but here the robots are huge and people operate it from the inside. Similar to the robot fighting championships from Real Steel where people earn fame and money by being the pilots for the robots.

This could be a lot of shows from the brief description you gave but the first one that jumped into my mind was Megas_XLR.

There is even an episode where they have a robot fighting championship. 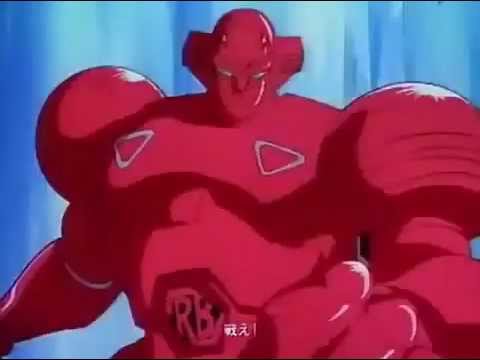 In the future, the "Metal Fight" games are the most popular televised sport in the world and many robot contestants compete for the title of Best Metal Fighter in the World.

Kurenai Ken, along with teammate Saeba Shôko (who was, at first, adamantly opposed), pilots the Super Robot Fighter, Red Baron and enters the contest with dreams of becoming its champion. He must, however, face an army of other rivals from around the world including "Kaizer" and the Tetsumen Tô doctors, and later allies like Tiger and ShinRon.

How this show never made it to America is just beyond me.

5
1990s anime with Spaceship shaped like a white dragon and has guardian manned robots?
35
Animated movie with fight scene in Big Ben
6
A 90s anime/cartoons/ with a main character who has a red mecha suit with a weapon like a spear!
7
Anime/cartoon with kids battling with robots in a game
5
Anime where people defeat a demon boss and the main character receives the demon's power
6
Book Identification - Children's sci-fi book about videogame aliens
9
Anime where the first episode is about a 10 years old homeless boy