Is this book considered canon in the Alien universe? 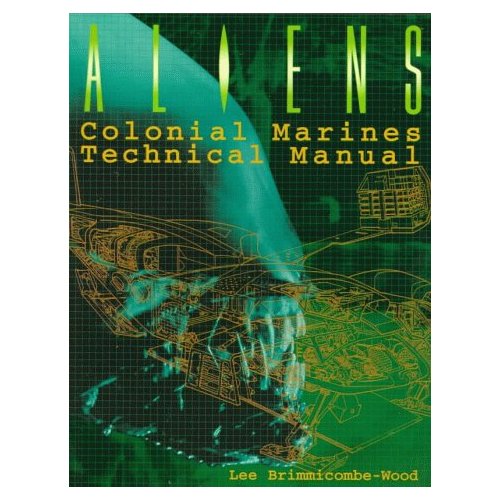 The Aliens Colonial Marines Technical Manual published in 1996 by Lee Brimmicombe-Wood is a very specific and detailed book about the Colonial Marines who landed on LV426, their weapons, equipment, ships and tactics. While the information seems well written and does go into some depth within the Alien universe, is the book considered canon when discussing the universe created by Ridley Scott and expanded upon by James Cameron?

Found the writer Lee Brimmicombe-Wood on Google+ and asked him about his book and his experiences with Fox's Licensing Division. His answer follows:

I'd be cautious of calling it canon. Yes, I had access to the movie production notes and yes, Fox's licensing division approved the text. But no-one directly from the movie's production has come and given it the thumbs-up. That said, I know some organisations that treat it as canon. For example, I did some early work on the Aliens versus Predator game for Rebellion, and Fox had handed the book to the developers as a reference source. Similarly, I know Gearbox have referenced the work for their forthcoming Colonial Marines computer game. So no, it is not canon. But many folks treat it as such. Which is nice.

Not the answer you're looking for? Browse other questions tagged canon alien-franchise or ask your own question.