Is this the Emperors sword?

After Pappa Smurf aka. Roboute Guilliman is back to W40k universe he is often holding a flaming sword in his hand. 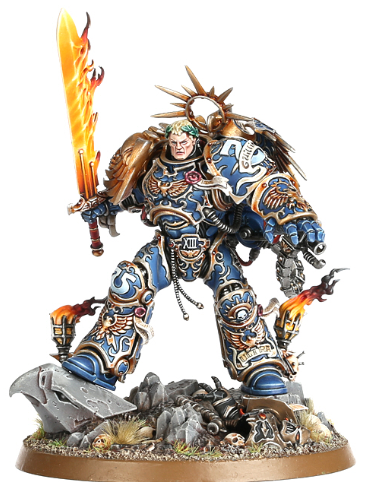 This sword looks a lot like the sword the Emperor had before he got entombed. Is there any mention that this sword is actually the Emperors own sword? 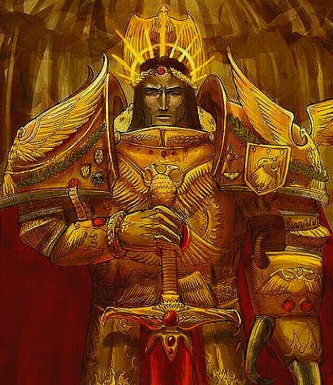 According to the GW description of the Guilliman model itself:

He clutches the burning sword of the Emperor, and wears the Hand of Dominion, with which he can tear apart tanks and crush his foes with ease. Yet it is the Primarch’s strategic brilliance that is his greatest weapon, dooming enemies to defeat before the battle has even begun.

The Emperor’s Sword, held in his right hand, is a huge blade that burns with righteous fury (and fire)

But it is also named: The Emperor's Sword / Sword of the Emperor.

And also the 40k wiki entry on the The Emperor's Sword:

The Emperor's Sword, also called the Sword of the Emperor, is a famed relic blade that was wielded by the Emperor of Mankind Himself during the Great Crusade and was eventually passed on to the resurrected Primarch Roboute Guilliman in 999.M41 by the Archmagos Dominus Belisarius Cawl in the wake of the 13th Black Crusade and the Ultramar Campaign, just before he assumed the mantle of Lord Commander of the Imperium for the second time. The weapon had been kept safely in Cawl's possession on Mars for over 10,000 standard years, since the end of the Horus Heresy and Guilliman's first tenure as the Lord Commander.

6
What's the name of this Space Marine Commander?
1
Is this girl really Slaanesh?
3
Between 15m-25m Humans and Eldar must have co-existed. Why did the Eldar let this happen?
3
Emperors Gift novel plot hole
22
What kind of tyranid is this?
2
WH40K: Deathwatch: What helmet is this?
4
in the 41st millenium Are the Space wolves still the Emperors Executioners?
8
Who/What is the 'Classified' in this chart?
6
Is there anything in the lore that supports this game mechanism for the Dark Angel in the 3rd edition?
12
Why does this Ultramarine have red armour?