Who were the members of the last High Council of System Lords?

In Reckoning, Part 1 we meet the High Council of System Lords for the last time, as they are eliminated by the Replicators.

At this point in time the Council consists of Yu (in the middle) and two unknown Goa'uld: 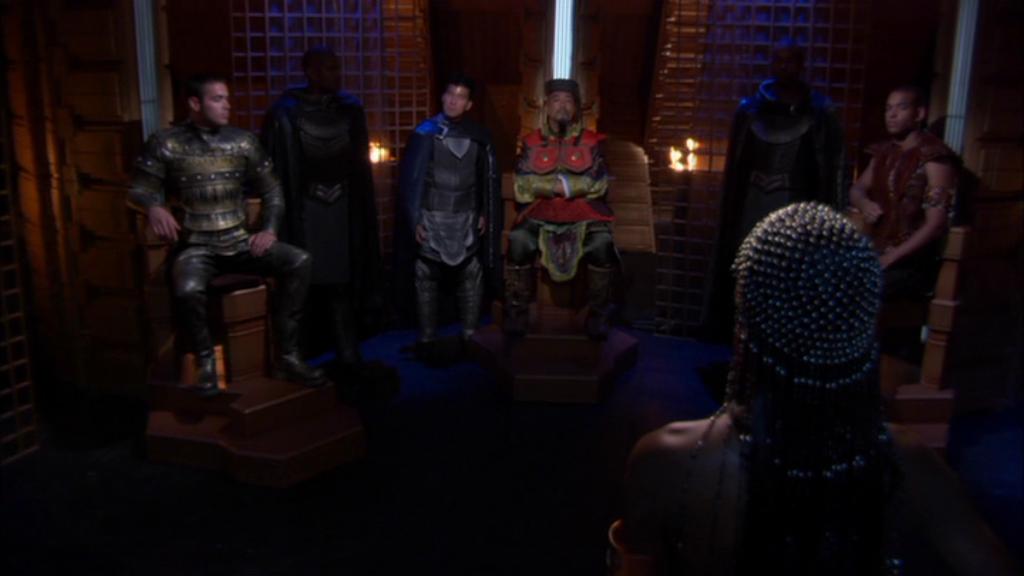 Who were those two Goa'uld?

The High Lords that were at the council were Lord Yu (insert joke here), Ba'al, Svarog, Olokun, Kali, Bastet and Morrigan as well as Osiris, representing Anubis. 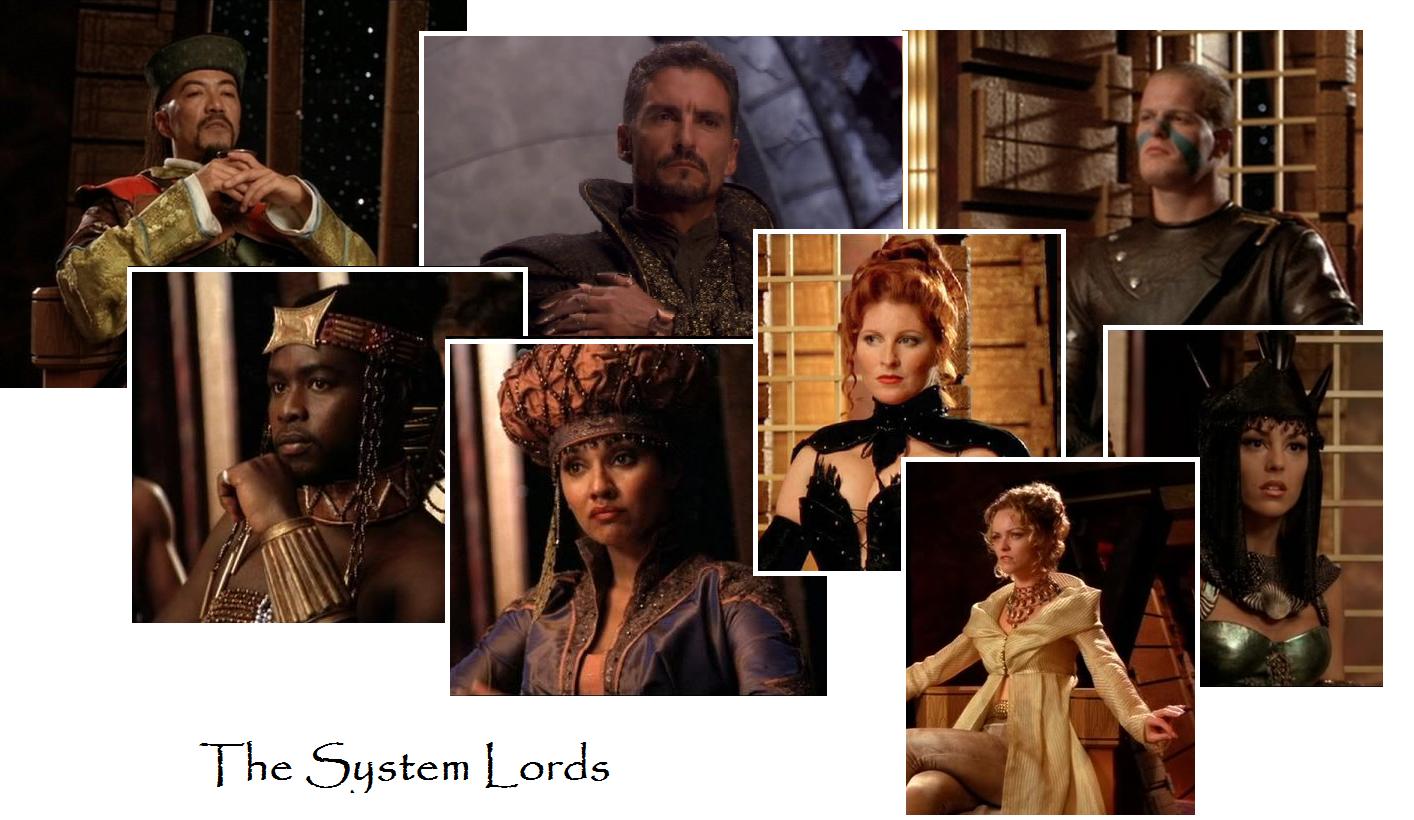 In addition to the High Lords are a host of lesser System Lords. The two Goa'uld that you've pictured don't appear to be named in the script nor the official cast/crew listings. They're just 'unnamed extras' brought in as set furniture.

There are no end of minor lordlings that these two could be including Afa and Vritra, mentioned earlier in the show but never actually seen.

13
What happens to a Jaffa's Goa'uld once it matures?
5
Why did the Tok'ra never create a Harcesis child among themselves?
7
What did Ra have over the other System Lords?
3
Goa'uld cyber and chemical warfare capability
5
Why did Ba'al clone himself?
3
Why are only a tiny number of Goa'uld capable of spawning?
3
Why would Goa'uld blood be both toxic and be able to neutralize itself?
8
Why are there so few artifacts from the Goa'uld reign of Egypt?
10
Why don't the Goa'uld and Asgard know all the valid stargate addresses?