Who was the first comic book superhero to fly without technological means?

So who was the first comic book super hero to fly without:

By fly, I mean not just levitating in the air like what Doctor Strange does when he is meditating.

According to Comic Book Legends Revealed #270, Namor the Submariner was the first in mid-1939.

In his very first appearance in mid-1939 in Marvel Comics #1 (which was actually his SECOND appearance, as he appeared earlier in the year in a giveaway comic that never was given away), Namor the Sub-Mariner flew! 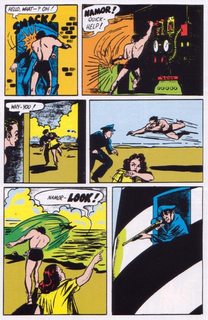 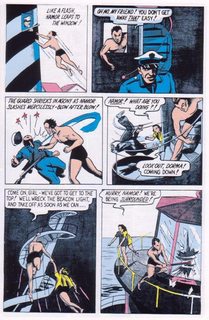 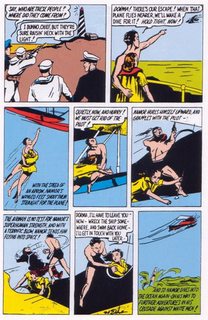 He more explicitly flew in his next issue, Marvel Mystery Comics #2 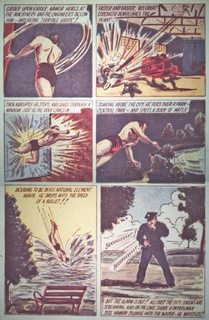 These predate Captain Marvel's first flight in Whiz Comics #5 in June, 1940, and Superman didn't fly until 1941 in Superman #10 (and that was generally considered to be an art mistake as he didn't officially gain that power until later in 1943's Action Comics #65).

Not the answer you're looking for? Browse other questions tagged comics history-of super-hero superpowers or ask your own question.

57
When did Superman stop leaping and start flying?
1
Which was the first story to feature the use of "spiritual energy" to enhance the user physical abilities?