Who was the first superhero to wear a cape in comics?

Plain simple question: Who (and when) was the first superhero to wear a cape in comics?

By cape I mean:

By cape I DON'T mean:

By comic book I mean:

By comic book I DON'T mean:

By superhero I mean:

By superhero I DON'T mean:

I propose it was indeed... 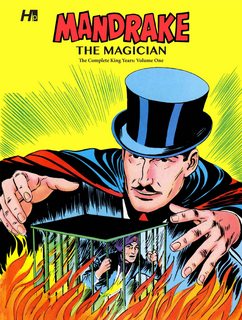 Like most comic super heroes his power seem to have grown over time, but magic was part of his act from the start as well, 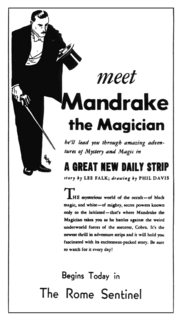 Meet Mandrake the Magician. He'll lead you through amazing adventures of Mystery and Magic in a great new daily strip. Story by Lee Falk; drawing by Phil Davis

The mysterious world of the occult - of black magic, and white - of mighty, secret powers known only to the initiated - that's where Mandrake the Magician takes you as he battles against the weird underworld forces of the sorcerer, Cobra. It's the newest thrill in adventure strips and it will hold you fascinated wit its excitement-packed story. Be sure to watch for it every day! 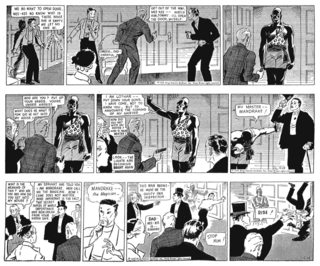 The Shadow, who began in 1930 as a narrator of a series of radio dramas, but gained a distinct identity in pulp magazines from 1931. The Shadow laid the foundations for the archetype of the superhero, including stylized imagery and title, sidekicks, supervillains, and a secret identity. Clad in black, The Shadow operated mainly after dark as a vigilante in the name of justice, and terrifying criminals into vulnerability. He has the power to cloud people's minds; a sort of hypnotism using his red-stoned ring. Several comics adaptations have been made, beginning in 1940, most notably several DC Comics series. He is portrayed as having a black cape with a red reverse. 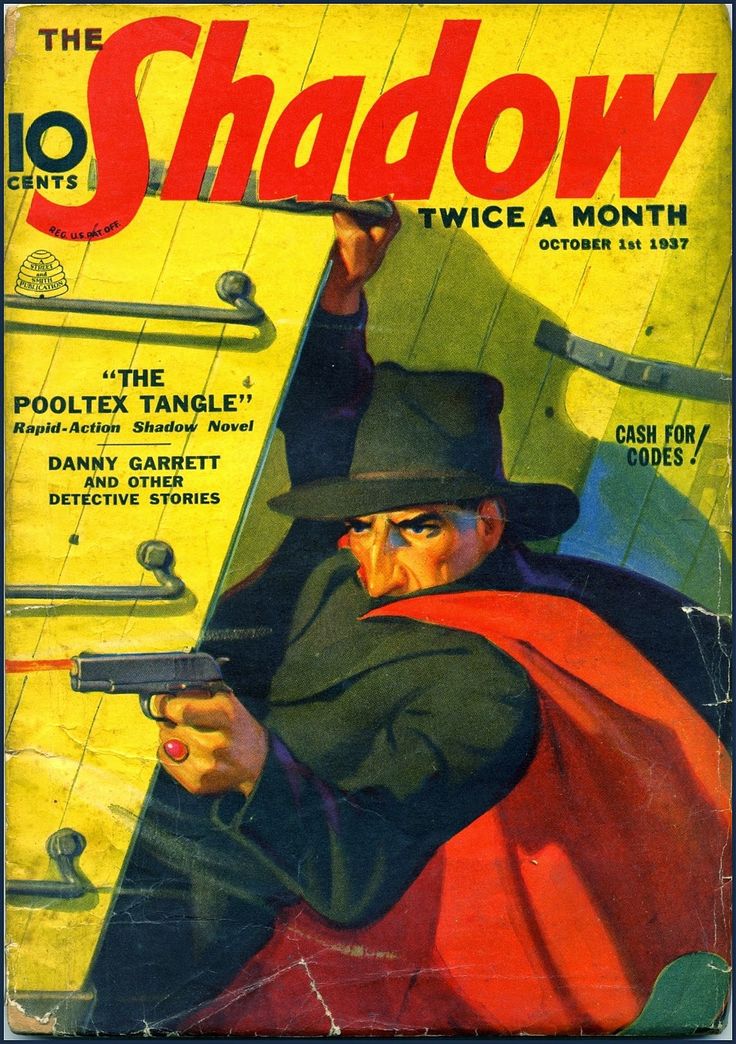 Mandrake has no powers, save for being a good hypnotist and stage magician. Flash Gordon was just a guy who flew to another planet.

And yeah, we could list any number of pulp heroes, literary characters, figures from legend, all having been adapted to comics at one point or another.

Superman was the first "superhero", as in he had "powers and abilities far beyond those of mortal men", and he wore a cape. So if you don't want to do any hairsplitting, it's Superman.

If you open the definition up a bit, it's not so simple.