Which hero has this costume (yellow lightning with blue and purple circle)?

I need to know which hero has a costume like this: yellow top with a logo of a lightning above a blue and purple circle on the chest; red pants (or underwear, I don't know exactly, I saw it from a puppet).

I think the puppet was supposed to be female.

Initially that sounded like Liberty Belle, albeit with reversed colours. Jesse Quick later took up the same costume. 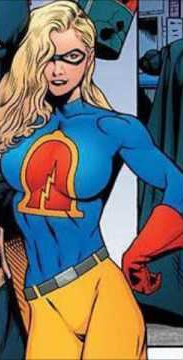 This sounds like a character from the Flash comics.

It sounds most similar to Reverse-Flash or Eobard Thawne:

Reverse-Flash is a name which has been used by several fictional supervillains in American comic books published by DC Comics. Each iteration is an enemy of the hero known as The Flash.

Check out Google image search for a ton of results that look like what you're describing.

It could also be Kid Flash: 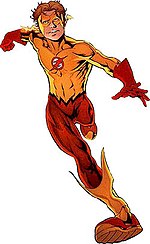 Kid Flash is the name of several fictional characters appearing in comic books published by DC Comics, originally created by John Broome and Carmine Infantino, as a junior counterpart to DC Comics superhero The Flash.

Again, I'd check out Google image search to see if it matches what you saw. 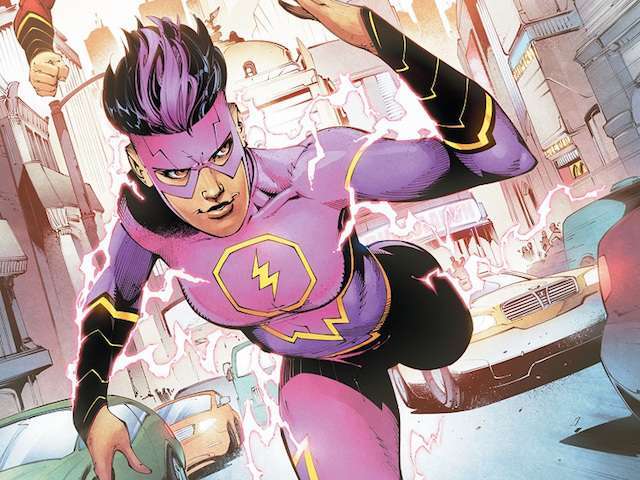 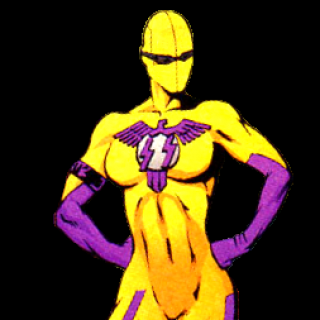 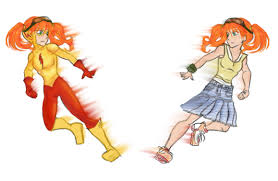 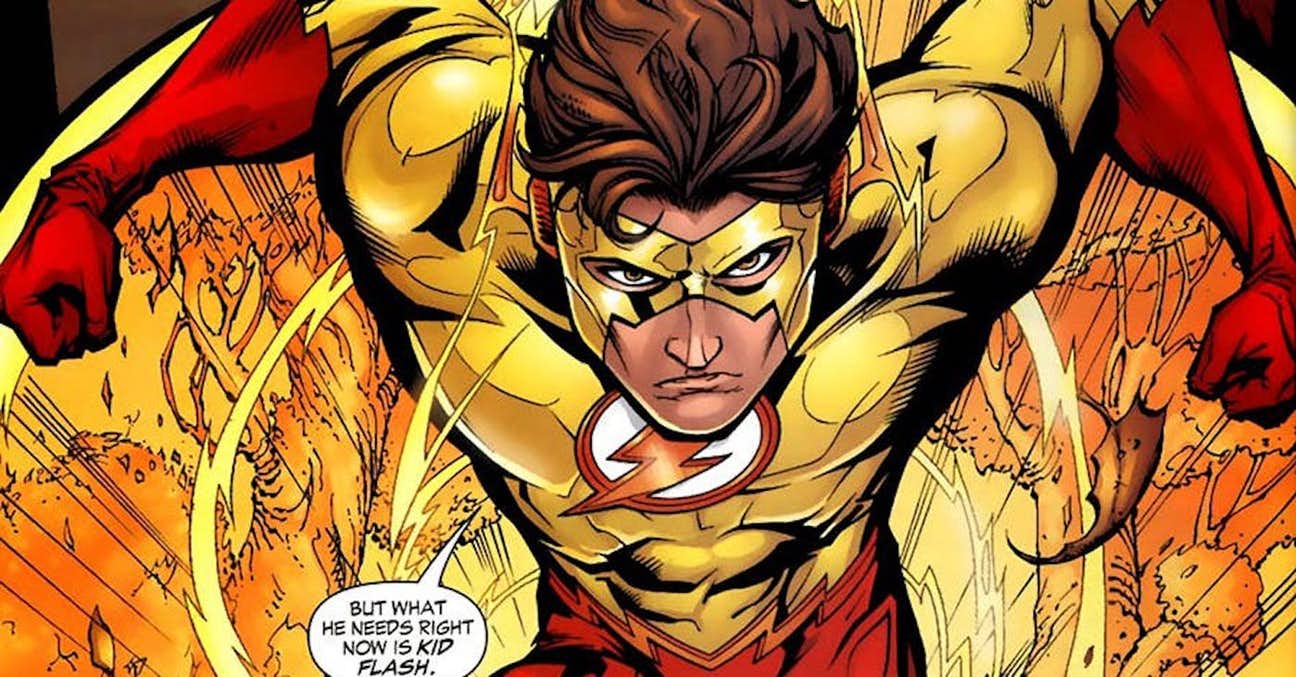 Source: I found most of these speedsters in that article.

Not the answer you're looking for? Browse other questions tagged character-identification super-hero costume or ask your own question.

15
Which world-renowned fictional hero was the first to wear a skintight costume and a mask with no visible pupils?
6
Why were the colours of Wolverine's costume yellow and blue?
9
Why are Batman’s cape and cowl blue?
5
Who are the two yellow mares in the season 5 poster?
9
How do superheroes stay cool in their costumes?
6
Which super hero costume is this red and black t-shirt based on?
5
Who are these speedsters in The Legion of Doom (Season 2 Episode 10)?
3
What was the secret of Club Jotunheim in Special School?
32
Weird blue and purple humanoid superhero keychain with “Z” chest emblem, X-eyes, and trident head
26
Can you identify this hero? Has a cape and a sword