Sci Fi book about xenoarchaeology and a beetle like culture

A group of Xenoarchaeologists are exploring ruins on a distant planet. The inhabitants were beetle like. One researcher (mentally unstable?) builds a robot beetle so he can better understand the culture. His conclusion was that they became 'bankrupt' because of inbreeding. 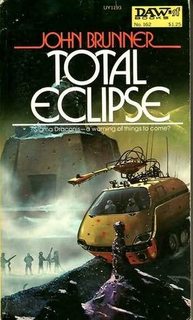 In 2020, an international space team, exploring Sigma Draconis, 19 light years from earth, discovers the remains of a highly advanced society that has left behind its most spectacular artifact; the largest telescope imaginable, carved & polished from a natural moon crater. Successive space crews determine that the native culture evolved & disappeared mysteriously after a mere 3000 years of existence. It's now 2028. Another mission reaches the planet with just one goal--to discover why the civilization disappeared--& with just one hope--that this knowledge will prevent the same thing from happening on earth.

I no longer have a copy, but I distinctly remember that line about going bankrupt.

If I recall correctly, the government didn't trust scientists and sent along a South American (?) army officer with a Stone Age mentality who continuously got in the way. After a chapter or two, however, he came round to seeing their point of view.

Not the answer you're looking for? Browse other questions tagged story-identification books space-exploration or ask your own question.

4
Name of a Sci-Fi book about 'realist and vicarious life styles'
5
Movie identification:scientists study a flying saucer and try to make it fly (70s or early 80s)
8
Sci fi book about knights with swords and armor and "arc" weapons
7
Fantasy book about time travel, the Pied Piper, and science culture
4
1980s sci-fi book with space beetle and someone who thought he was a vampire but wasn't
10
Sci-Fi book about a colony ship
13
Three teenagers from the 80s unwillingly travel back in time to London during the Black Death