In Solo, there is a moment when Han sees an imperial recruiting station,

which he joins later,

where the imperial march is played on speakers outside the station. While a fun Easter egg out-of-universe, the presence of this music in-universe implies that more of the music may exist in-universe.

Is this the case, and if so, what other examples are there?

The band in the Mos Eisley cantina plays at least two songs that are heard on screen:

In Return of the Jedi, from a purely current - Disney canon perspective, there are a few in-universe bits of music played:

Listed as "source music" (i.e. in-universe) on the 1997 remastered soundtrack. Heard playing upon Jabba the Hutt's introduction. Intended as 'courtly' music for his palace

Performed by the Max Rebo band

Ewok Celebration We see the Ewoks playing various instruments and celebrating. One can thus assume that the music heard is largely in-universe

In the episode: The Mystery of Chopper Base, Zeb and Ezra are seen listening to what we would call a stereo and listening to music

Mon Calamari ballet seen in Episode III being performed at the Galaxies Opera House, attended by Anakin and Palpatine. Uncertain if the music in the scene is diegetic or non-diegetic, but, given that the performance is in an opera house and is a pun on "Swan Lake", it may be a given that there is indeed music in the production:

Seen in Episode II, there appears to be background source music playing in Dex's Diner that, to my ear, sounds similar to, yet distinct, from the Cantina Band music. This music has of yet remained officially unreleased and unnamed

Heard in Maz Kanata's on Takodana in Episode VII, this piece is source music written by Lin-Manuel Miranda of "Hamilton" fame in collaboration w/ JJ Abrams.

(the original Return of the Jedi had two different pieces of music instead of the modern Jedi Rocks and Ewok Celebration, called "Lapti Nek" and "Yub Nub" respectively)

*hat tip to @PlutoThePlanet for the prequels reminder

The Star Wars Holiday Special, for all of its faults, has a ton of in-universe music. In fact, almost as much as the entire rest of the canon combined:

You have an acrobatic hologram scene with accompanying music: 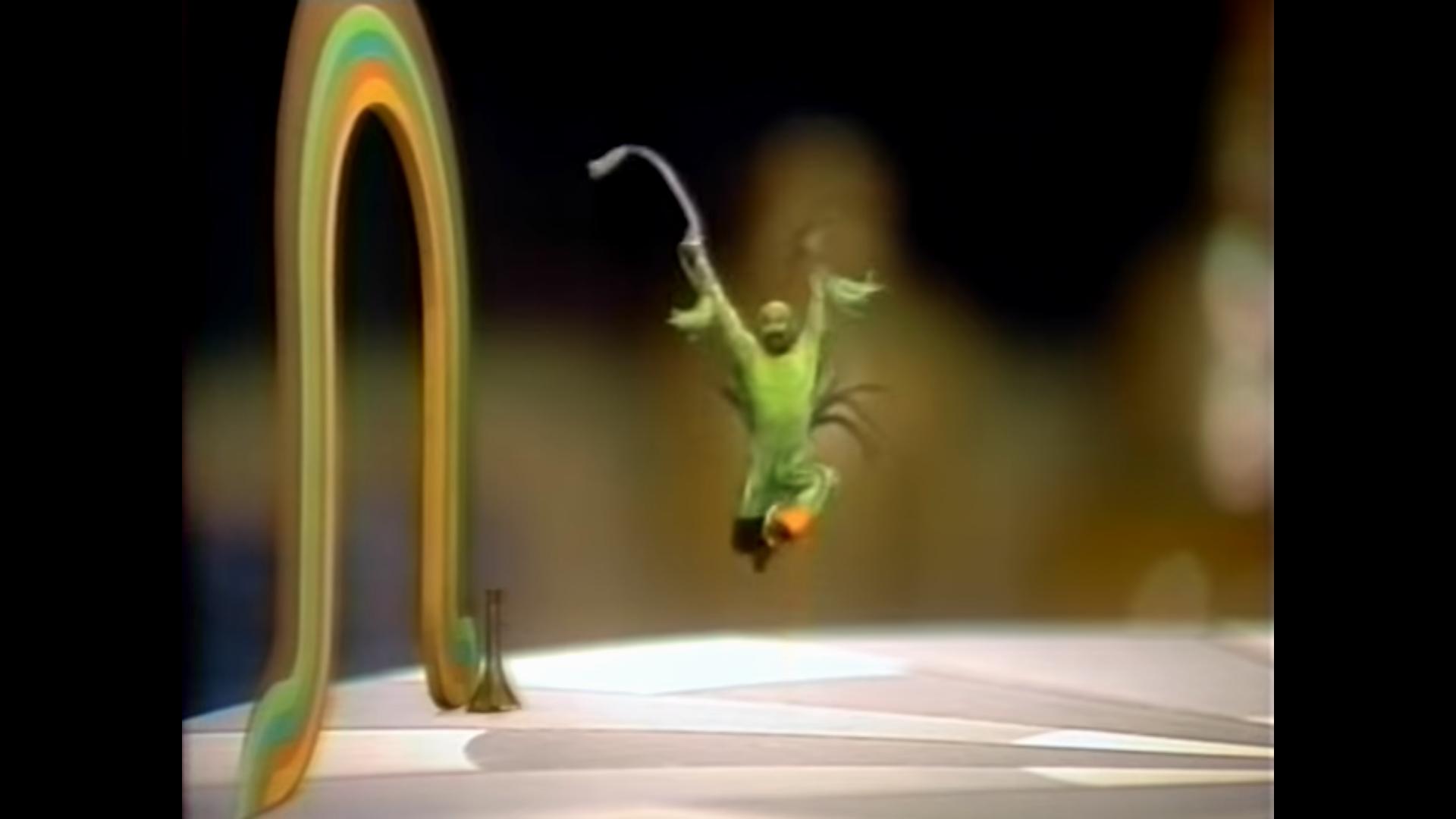 You have Trader Saun Dann introducing a groomer that can, among other things, syncopate rhythms. You don't get to hear it, and it's a little nebulous whether that's explicitly music, but if it can do all of that stuff anyway it might as well do music too:

Evidently, you haven't read the instructions, the warranty, and the guarantee. ... besides shaving and hair trimming. It's guaranteed to lift stains off clothing, faces, and hands. Cleans teeth, fingers, and toenails. Washes eyes, pierces ears, calculates, modulates, and syncopates like rhythms and can repeat the entire Imperial Code, all 17 volumes, in half the time of the old XP-21. Just the thing to keep you squeaky clean.

Then there's the Mermeia Holographic, which has accompanying trance music: 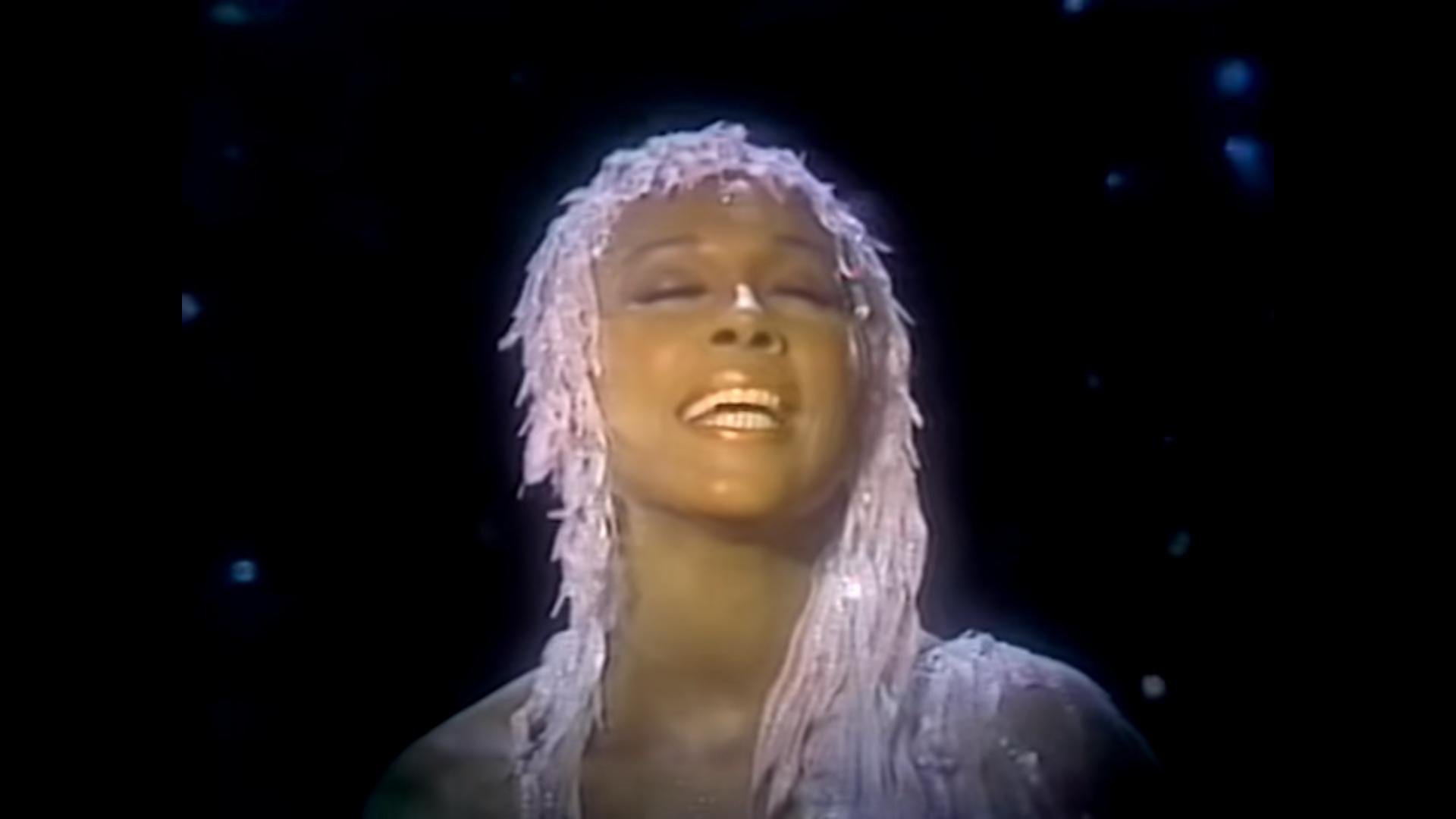 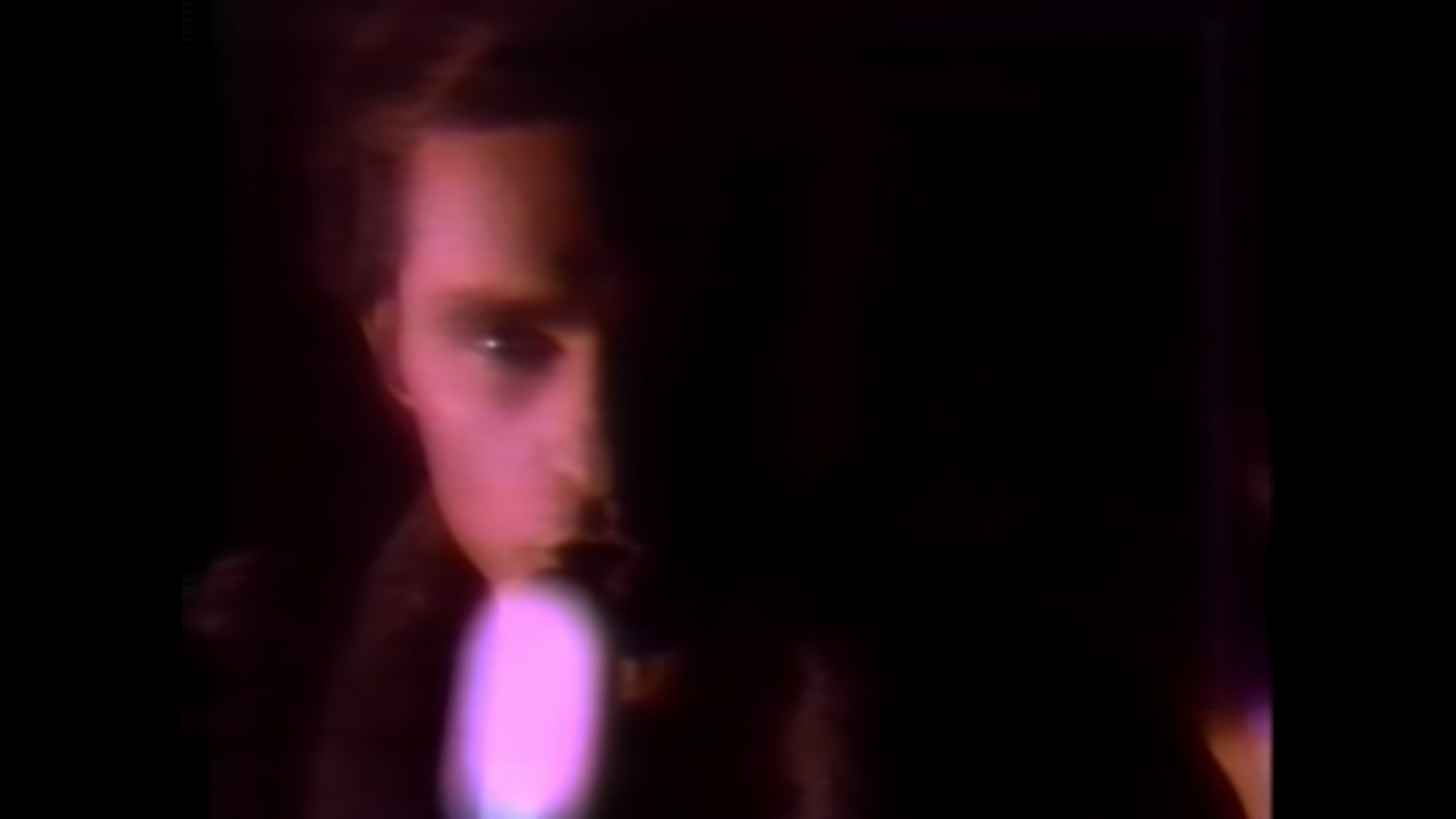 An in-universe cartoon with a full soundtrack: 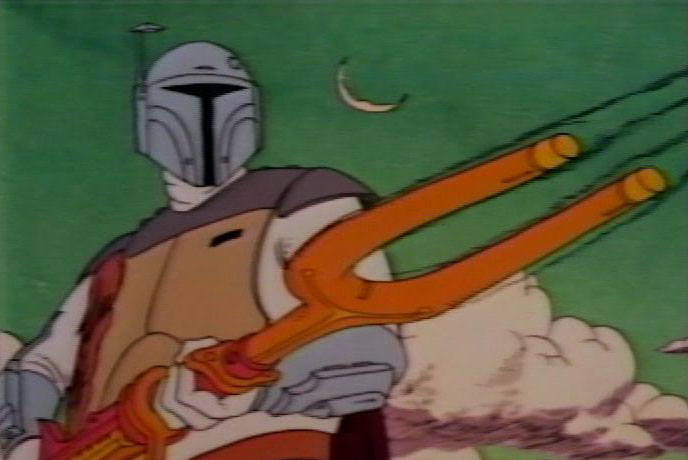 Life On Tatooine, with a full sing-a-long at the end of it, featuring the cantina band from Episode IV! 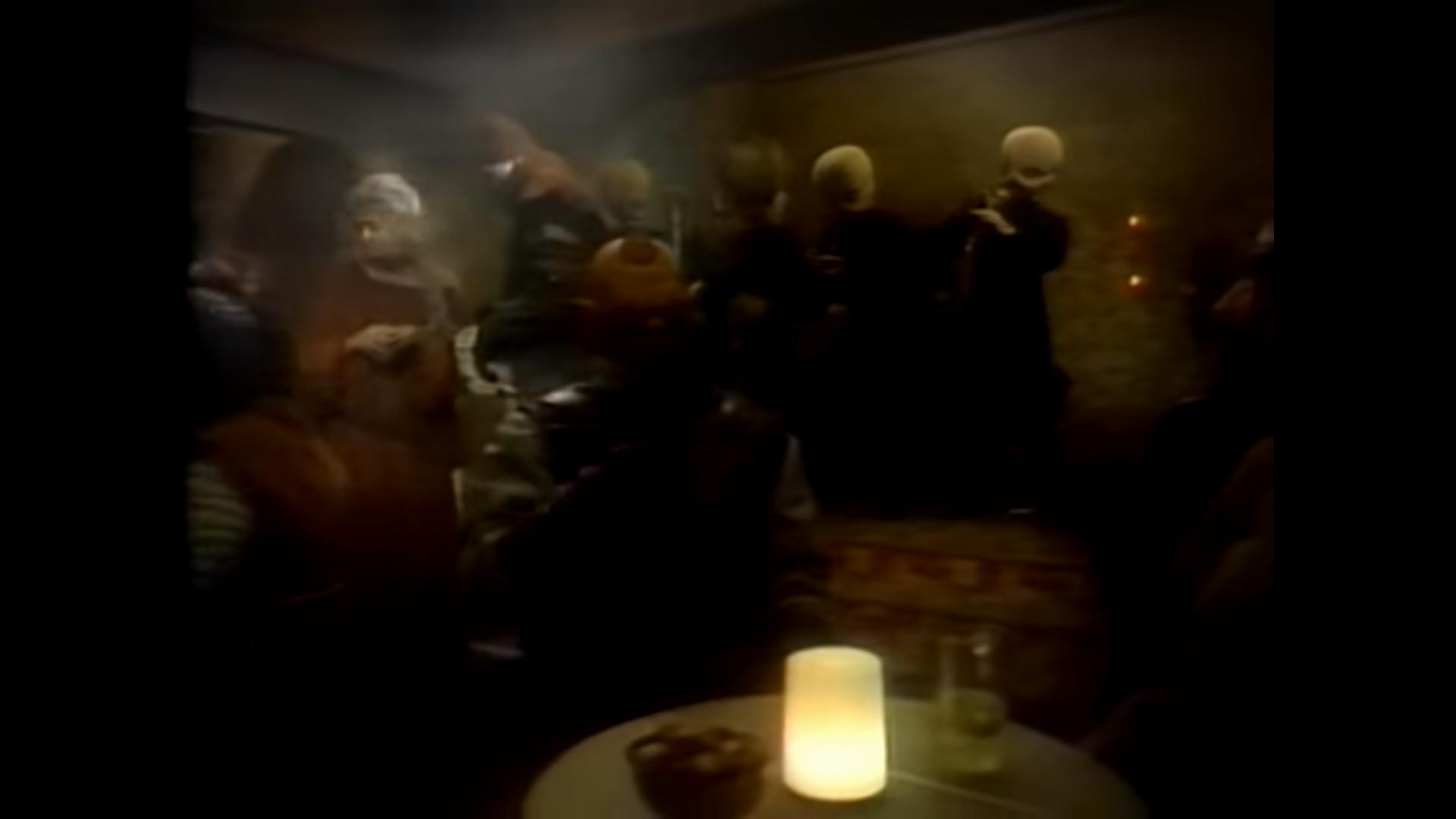 And, of course, the Life Day Anthem, delivered by Princess Leah herself. 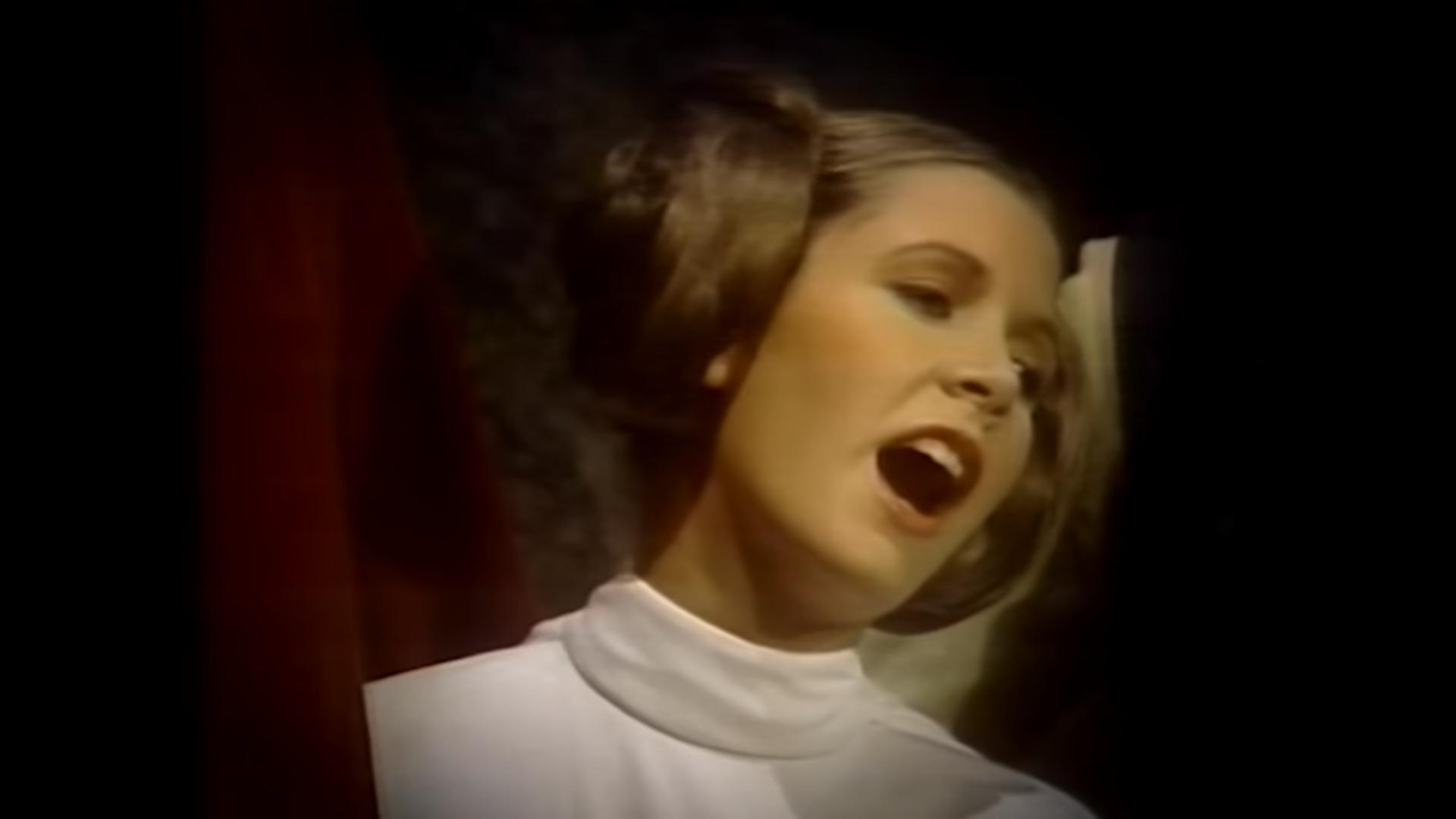 Not the answer you're looking for? Browse other questions tagged star-wars music or ask your own question.

134
Was the Cantina music deliberately off-tune or just an artifact of cheap production?
36
In-universe, is there an Imperial marching theme?

36
Why wasn't Han Solo suspicious when he first dived Into the Asteroid Cave?
14
How did Rey get her blaster back?
26
If “spice” is considered an “illicit/illegal” drug in the Star Wars universe, why does the Empire mine it?
11
Why are the Millennium Falcon and other civilian vessels allowed to have ship-mounted weapons?
10
How does education work in the Star Wars galaxy?
0
Was Han in error about imperial warship designations?
55
Why is a living creature being frozen in carbonite in “The Mandalorian” so common when it seemed so risky in “The Empire Strikes Back?”
11
Did the terms of the bounty on Han Solo change between “Star Wars” (1977) and “The Empire Strikes Back” (1980)?
5
Did Solo ever face any repercussions as a deserter from the Empire?