I recall when I was still in elementary school I would watch a cartoon which had these Dinosaurs that would fight bad guys and they each worth a metal armor on their bodies. They were all the same size but I can't recall if they were the same species of dinosaur.

I know later in the series their armor actually could combine with them in it to create a vehicle of some sort.

That is all I can remember; I don't remember the colors of the dinosaurs, just that they were all in small frame like they used to do and were all the same size. Any help would be appreciated. I know it isn't Dinosaucers.

Edit: It's not Dino Riders they were small talking dinosaurs with metal armour on them. They were living Creatures so it also wasn't Dinobots either.

I found the answer. It was The Adventures of T. Rex. Thank you for everyone's help. 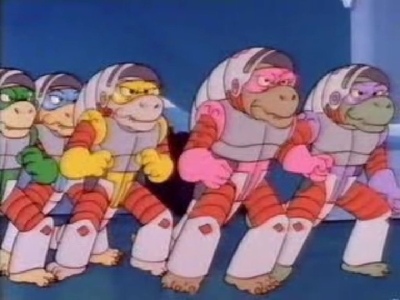 Not the answer you're looking for? Browse other questions tagged story-identification cartoon dinosaurs or ask your own question.