In the steel mill, after John and Sarah have left the Terminator, the T-800 goes into search mode, looking for the T-1000. After some wrestling, the T-800 attempts to punch the T-1000 in its head. The T-1000's body "morphs" so that its old "head" becomes its arms, and so it takes advantage in the fight.

My question is whether the T-1000, knowing that the punch was coming, morphed simultaneous with the blow, or if the T-800 actually punched through the T-1000. 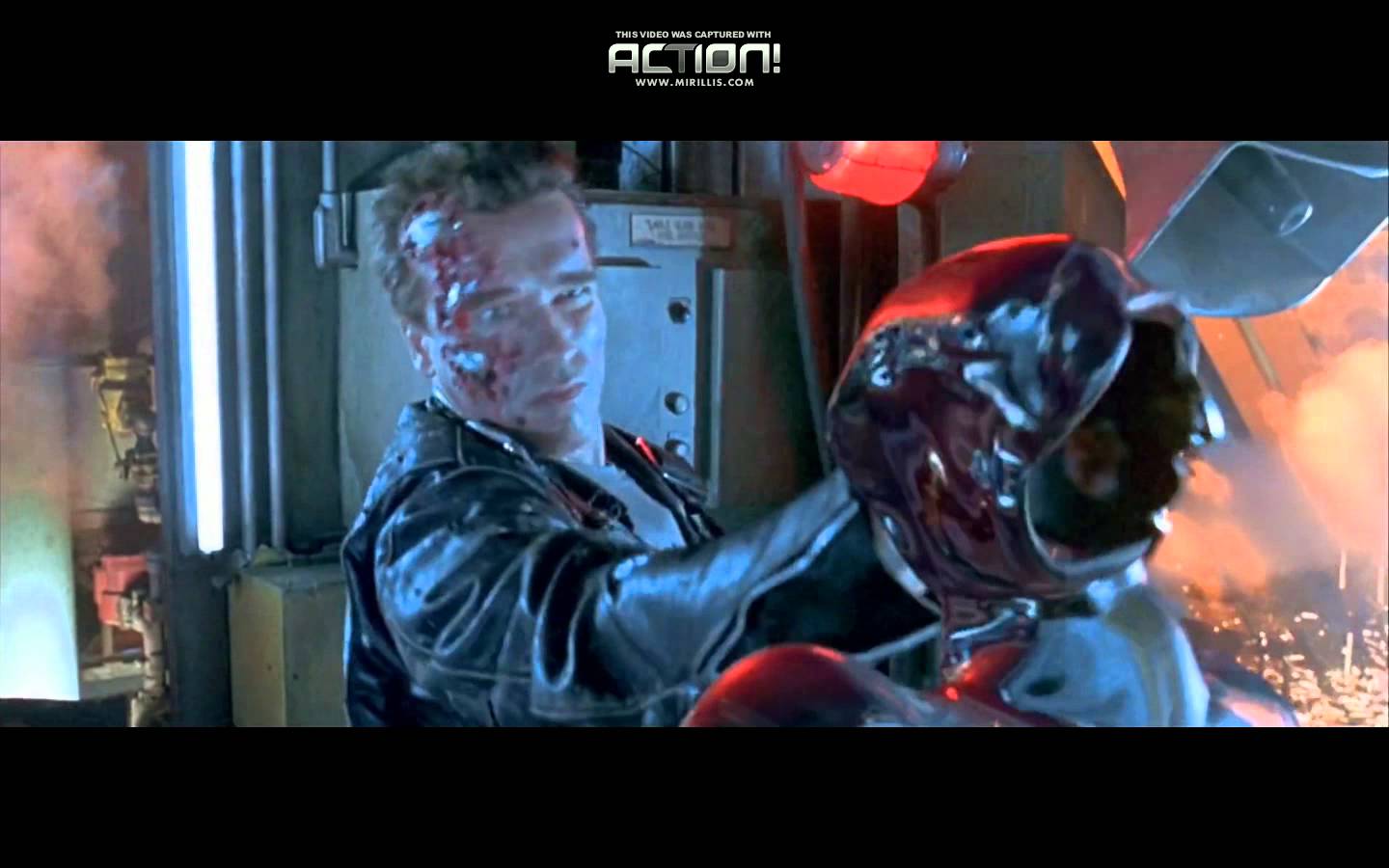 The script indicates that the T-800 Terminator punched clean through the T-1000's 'head'. That being said, fluidity is an integral function of the liquid metal, hence why bullets hitting it cause craters.

It comes off the wall straight at Terminator, who smashes his good fist into its face. The pile-driver blow buries Terminator's fist almost to the elbow.

But the T-1000's head morphs in a split-second into a hand which grips, geometry shifting faster than we can follow.

Here's the same scene from the official novelisation.

To ward it off, Terminator smashed his good fist into it. The pile-driver blow buried the cyborg’s fist almost to the elbow in the mercurylike face.

But the T- 1000’s head morphed in a split-second into a hand that gripped Terminator’s wrist, and the head “emerged” somewhere else, the geometry shifting faster than Terminator could follow. The T-1000 slammed Terminator into a large conveyor motor, jamming his arm into the moving works.

7
Why does the T-1000's liquid behave differently at different times?