Film about a guy that tries to escape a prison/penal colony?

A guy is in an outdoors penal colony or prison of sorts, and I think the prisoners are being forced to work, perhaps mining. There is a rebel group that tries to escape/free others and in the process the guy almost gets pulled in to a giant spinning fan or something in the ground (I'm not sure if he was wearing a prisoner chain that was pulled into the fan to try and kill him or if he was holding onto a chain that stopped him falling in to the fan/slicing thing).

However, I actually came back to this question, because I realized the description reminded me of the seventh season episode of Stargage: SG-1, "Orpheus."

While meditating with Teal’c, Daniel has another vision of Rya’c in a Jaffa version of a concentration camp.

This vision includes this in-ground wheel mechanism that appears to be part of the mining operation at the slave camp where Rya'c and Bra’tacn are imprisoned. 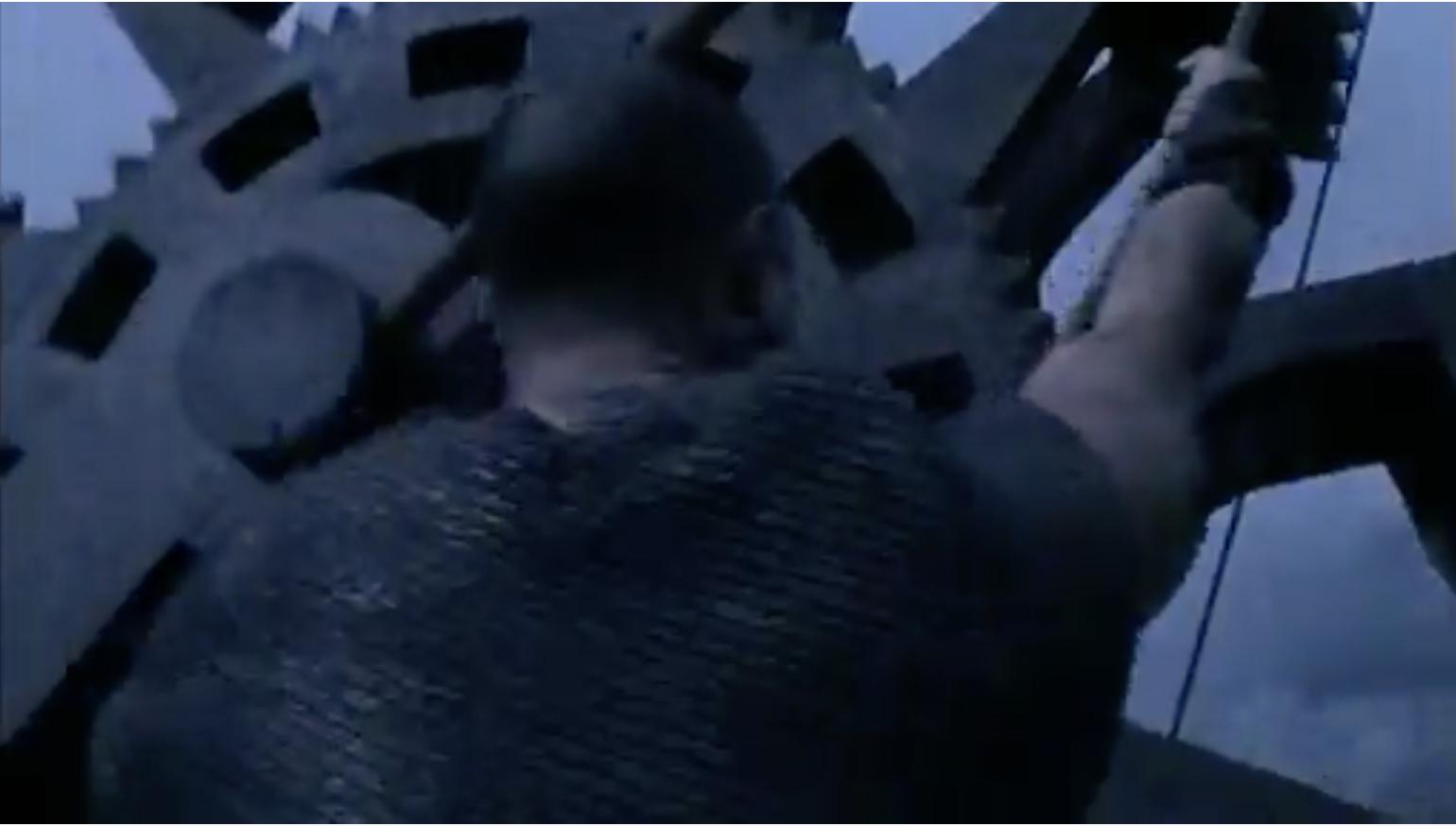 Per the querent's comment above this is apparently Alien Arrival (original title, Arrowhead), a low budget 2016 Australian science fiction film.

While escaping a political prison on a mining colony, Kye Cortland is forced to amputate his foot to save himself and the other prisoners from being torn apart by the mining machinery. Cortland is recruited to join the rebellion against General Lang, who won a civil war against General Hatch. Hatch explains to Cortland that his father, an important figure to the rebellion, is scheduled to be executed in several months on the anniversary of Lang's victory. Hatch wants Cortland, an accomplished pilot, to hijack a scientific vessel, retrieve its data, and use it to help Hatch free Cortland's father. Cortland receives a cybernetic foot and agrees. 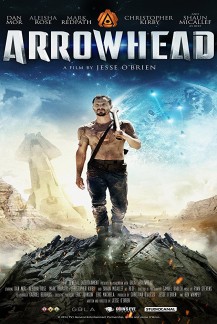