All statements subject to memory corruption. Considering my age, I probably saw it no earlier than 2000.

The protagonist is a white male adult. The first of the episodes ends with his scream and a segue into zooming off the planet to something in space. I remembered that when seeing these seconds from Happy Feet and ask here to see that episode's end again.

Each further episode starts/ends with such a zoom to frame what's happening.

The space object maybe looked kinda geometrical and may be a necessary way point to get out of there.

While the 4 previous seasons of the show are a classic "star-trecky" show, the 5th season stranded the team on a 'classic' space-western planet.

The main hero is played by Kevin Sorbo (more prominently known by playing Hercules before). 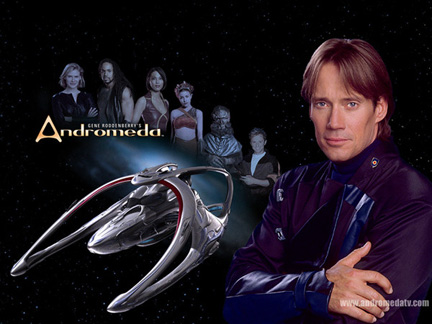 The system is isolated and the only way in/out seems to be a space phenomenon called the Route of Ages (which is depicted as a giant, glowing tesseract, a 4-dimensional hypercube). 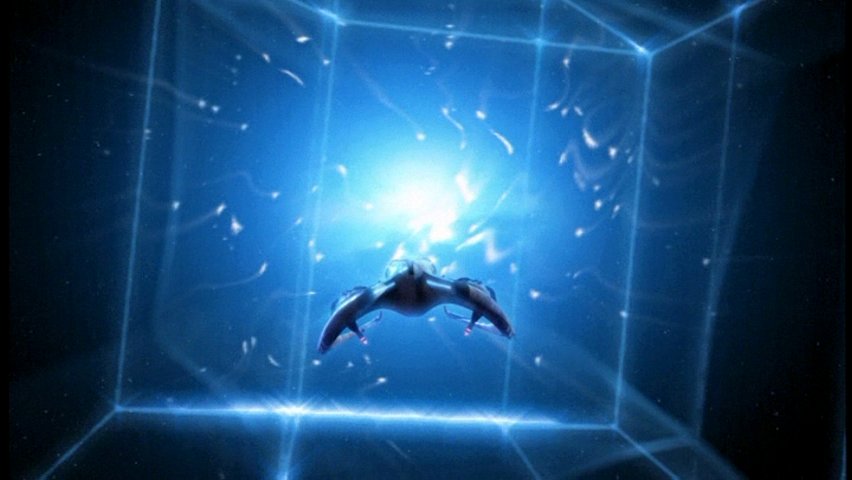 Some things here remind me of Earth 2, a one-season television "space western" series that first ran from 1994-1995, although it was rerun occasionally in syndication in later years.

The main character is female, but there is adult male deuteragonist, John Danziger, portrayed by Clancy Brown (playing against type as one of the heroes).

[T]he ship arrives at G889, but it crash lands a great distance from the planned landing site. With her group scattered on the planet and supplies missing, Devon marshals what survivors she can find and begins heading west to the planned site of New Pacifica.

During their travels, Adair and her companions slowly learn to cope with life on the alien world, which at first seems superficially Earth-like but which is gradually revealed to have a very different ecology, including two different native sentient and humanoid species—a short and stout race at the level of development of hunter-gatherers with a propensity towards kleptomania known as "Grendlers" and the much taller and lankier "Terrians", who are capable of telepathic communication, can tear rents and tunnels in the earth through a pseudo-psychic process and whose well-being is somehow linked to that of the planet. The survivors also learn that the Council — a government group that seems to wield most of the power on the space stations — wants to gain control of G889 for resettlement. Through their various experiments, they have learned that they cannot remove the Terrians without killing the planet. This complicates matters, because Devon's son, who has been healed by the Terrians and who had begun to exhibit some of their unique characteristics, has become the key to the Council's plan for the planet.

The styling on many of the futuristic objects on the show had a distinctly geometric character, for example: 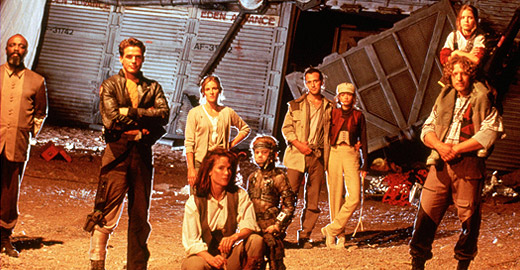 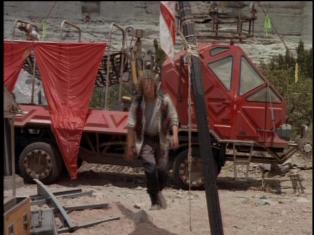 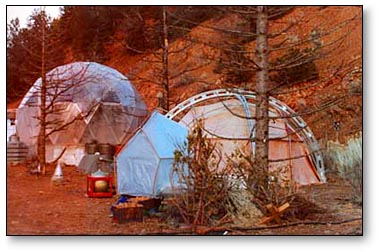 7
Can anyone identify the movie a kid with her father stranded in an alien planet?
6
What story has the protagonist stranded on a planet in a cave with a predator?
6
Which series has the protagonist expanding the metal in a bullet to jam guns?
11
Short story where the planet's terminator line is central. Someone stranded on the planet(?)
6
Space opera anime show, protagonist has a spaceship and a medal in the back of his hand
8
What SciFi series has a female protagonist/pilot member of a small Earthly explorer corps?
10
Original Series Trek episode where the crew go to a planet where whatever they think comes true
2
Fantasy Manga/manhwa where MC is dropped into a world where he has to survive in the wild
3
80s or 90s cartoon series - Female protagonist has a large cat as a pet and collects crystals or gems