Was Ant-Man spared because of his location?

Thanos snapped his fingers and instantly destroyed half of all life forms in the Universe.

Was Scott saved from this event due to his location? Its not clear if the Quantum Realm does or does not count as part of the Universe. 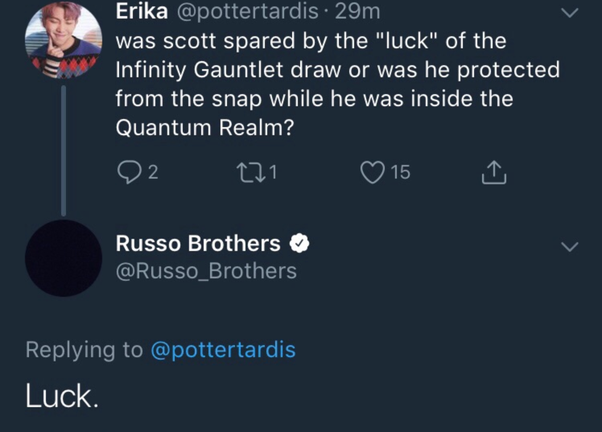 Erika: was scott spared by the "luck" of the Infinity Gauntlet draw or was he protected from the snap while he was inside the Quantum Realm?

While I couldn't find the original twitter source (it seems to have been deleted), it is confirmed on numerous sources including Quora and ComicBookNews.

I'm going with a firm maybe.

There have been a number of photos from the filming of Avengers 4 that imply that time travel will play a part. There's shots of Chris Evans in the version of his Cap outfit from circa Avengers 1, likewise of Loki seemingly from the past. Similarly, there's shots of what appear to be the heroes (apparently from various eras) wearing devices which are theorized will be used to allow time travel. 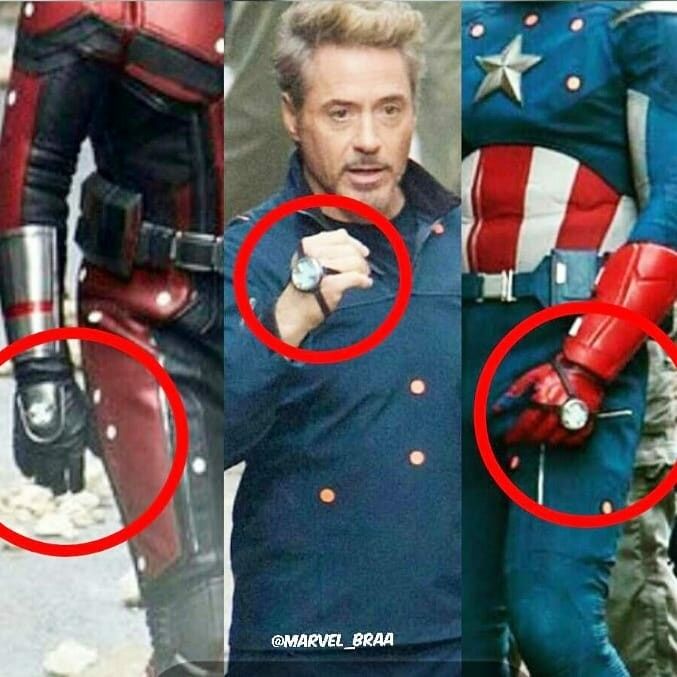 In the tag, Wanda warns Scott to avoid the "time vortices" (He's also told to stay away from the Tardigrades, but the odds of water bears playing a part in A4 is somewhat less likely.)

The Quantum Realm is a bigger plot point that simply for the Ant-Man films. It has been visited (however briefly) by Dr. Strange in the montage where he's given a quick look at how much more is out there.

If one looks at all of this info, it becomes easier to believe that what we saw in the AM&TW tag is indeed a clue to the future plans for A4.

Here's one article that riffs on similar ideas. The Wrap - "What is a time vortex?"

If I may be allowed some complete guessing, recall that the next Marvel film is Captain Marvel, and it takes place decades earlier than the events of Infinity War. We know that Captain Marvel will be appearing in A4, thanks to the teaser from IW. I have a very strong suspicion that we will be seeing other Avengers from the A4 time period appearing in Captain Marvel, either in its tag, or even more potentially cool, so way far in the background of events that you won't even see them until they point it out in A4 and everybody'll go pull out their Blu-Rays and WOW, there he is...

Not the answer you're looking for? Browse other questions tagged marvel marvel-cinematic-universe ant-man-and-the-wasp or ask your own question.

2
What happened to Doctor Pym's family in the end credit scene?

7
Does Ant-Man need his suit to shrink?
9
When does Ant Man and the Wasp take place?
8
Why wasn't Ant-Man aware of what was going on in New York/Wakanda?
2
What happened to Doctor Pym's family in the end credit scene?
7
How much of the shrunken/giant Ant-Man is Paul Rudd?
29
Why does the Quantum Realm behave different for Janet van Dyne than for Scott Lang?
7
Why did the Avengers not travel back in time to right before the Snap?