I remember this from when I was about 5 years old (1986) or earlier. I saw it on a VHS recording, recorded by my older brothers here in Sweden.

It had a spaceship that was yellow (maybe white) and round, the same shape as the one in the MiB movie with round windows that I think had red frames around them all the way around the ship. 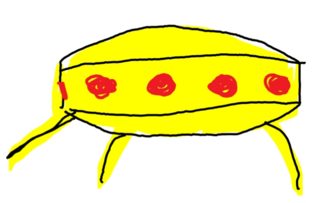 I also think there was a crew, consisting of three or more characters, on the ship and a robot (or a mascot, maybe?) and they were on an alien base/planet that had something like a maze or something because they were chased around.

It's a retelling of the classic myth, and there is definitely one episode that has them meeting the Minotaur, who is in a maze that keeps changing its shape.

It's from 1981, so definitely early enough for you to have watched it.

Here is an image of the spaceship (credit goes to Willman Ostorga on Pinterest): 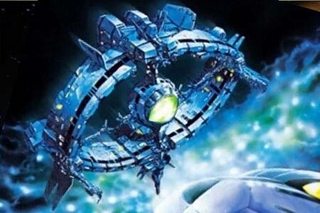 And you can see the crew on this page - this red character is a robot, who I remember being there for comedy purposes: 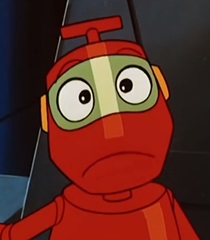 8
What Sci-Fi book about robot domination is this?
8
Old cartoon / anime about a spaceship that transforms in to a robot
13
Need help identifying scifi short story about boy getting lost after unknowingly boarding a spacecraft
4
Old anime/cartoon where a spaceship turns humans evil
4
Looking for old sci-fi cartoon
5
Possibly a late 70's Animated sci-fi show with *one* episode about a meat eating venus fly trap growing huge and becoming dangerous?
8
Cartoon series where humans travel by spaceship and find a planet with dinosaurs