What is the first time Wolverine cuts someone with his claws in a real way?

After having read a lot of X-Men and 130-200+ and other spin-offs from that time, I had noticed that Wolverine never uses his claws on anyone if it would do real harm. Cut to modern day, and he is slicing people into ribbons.

In the old comic books we are always made to think that Wolverine has no scruples against using them as weapons, and does not care about killing his enemies.

This has made me wonder, what is the first time (in publication order) we see Wolverine use his claws for real?

Here are my rules:

Let's say this image would count as a proper hit if it was first. 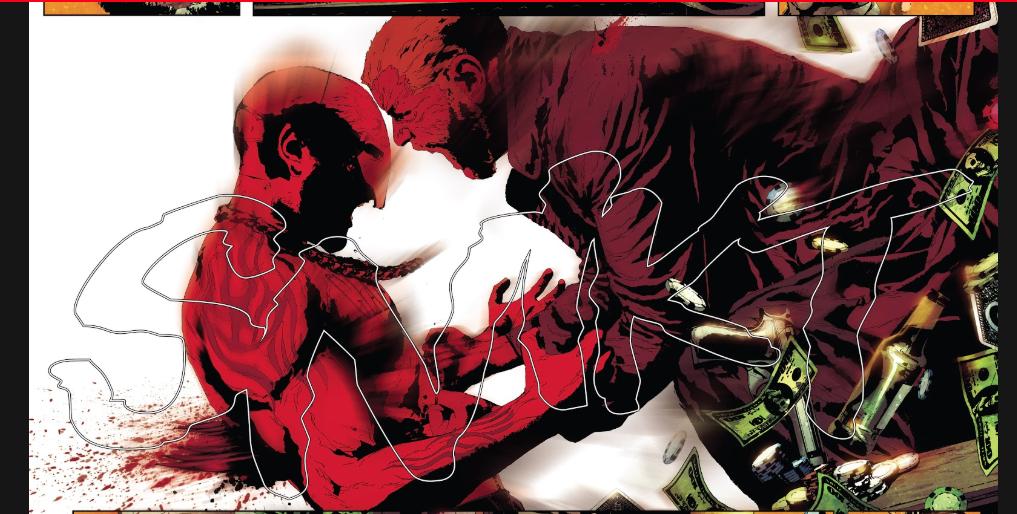 I would love to see the first panel as well as know in what series or year this change occurred.

(Gothamite24's thinking with the demon Kierrok in the comments would be a solid contender. Since it has lain fallow for these months, I'll "carpe diem")

The first particularly gory example would be "X-Men" #96 in 1975. I would wager Wolverine is allowed to "go nuts" because Kierrok is an alien demon thing with green ichor for blood. Wouldn't offend delicate sensibilities or the rules protecting same. Also, it is established on the next page that Kierrok regenerates all this damage in very short order. 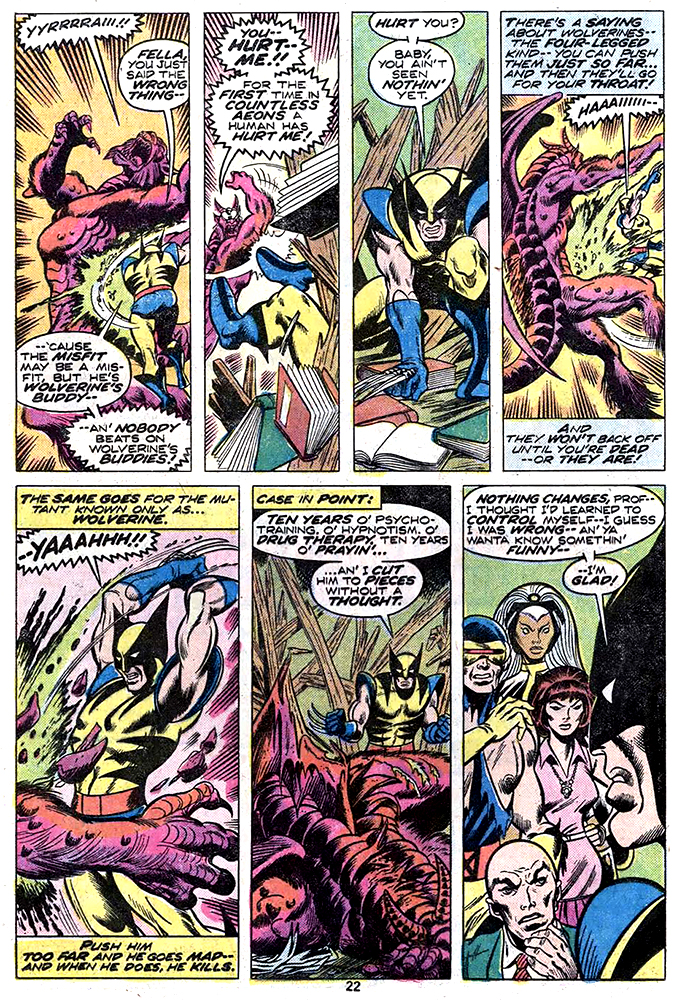 For "red blood" and more terrestrial victims of Wolverine's claws, I offer the following:

Magneto! The panel sequence is from "X-Men" #113 in 1978. It explains it all, as Wolverine "tags the man" and Magneto screams in pain. 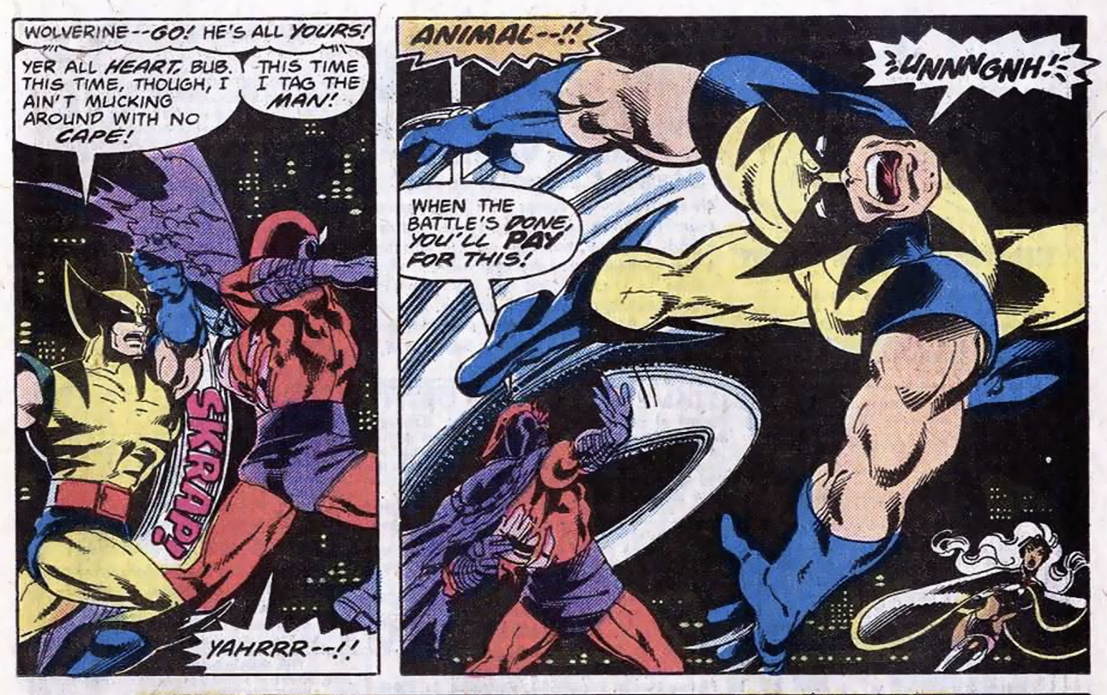 The Savage Land indeed brought out the violence in Wolverine. Soon after issue #113, there is this moment in #114 when a fastball special brought Wolverine in range of a giant pterasaur. Poor beastie... 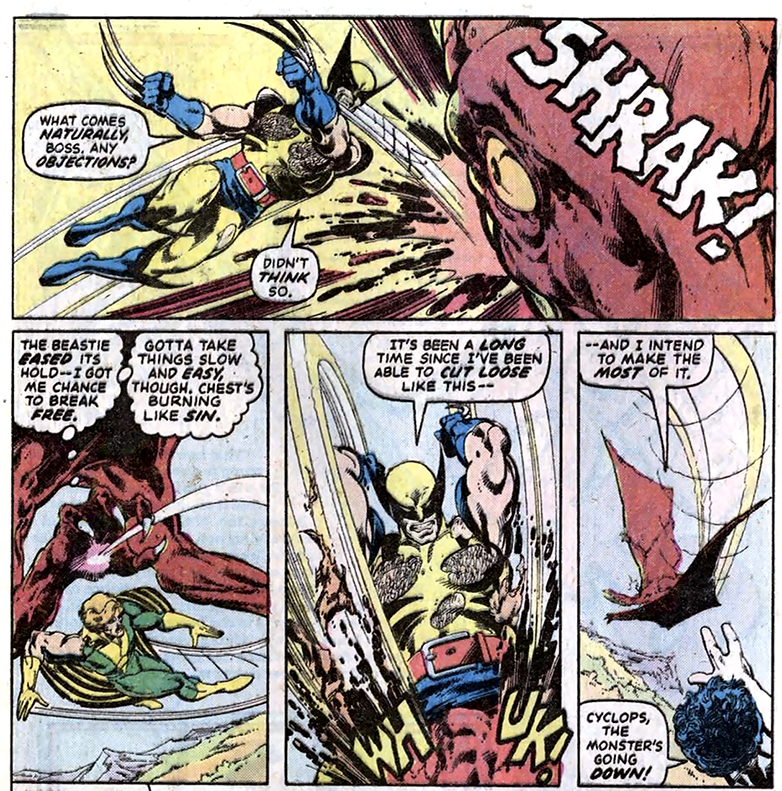 And then, #116 saw two instances. The first is subtle, but even though it happens off-panel, there is no doubt Wolverine did not "knock the sentry unconscious". Following that, a dinosaur gets a gooey lobotomy from a snikt. 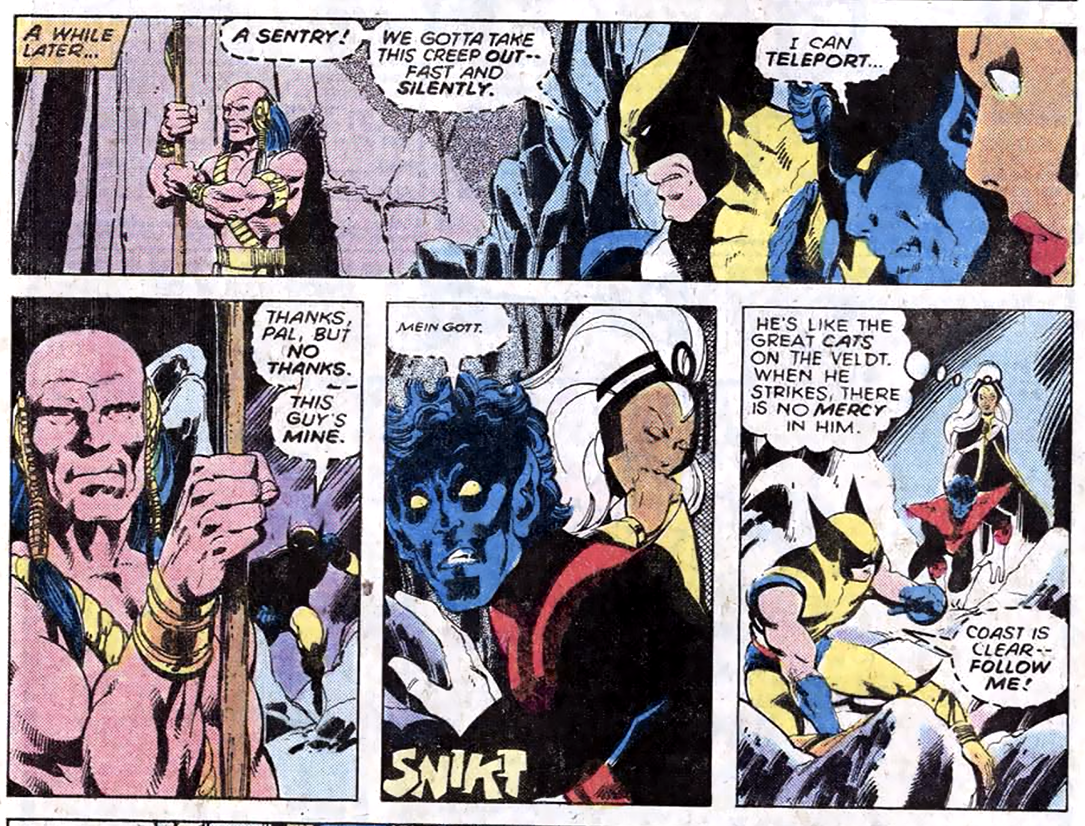 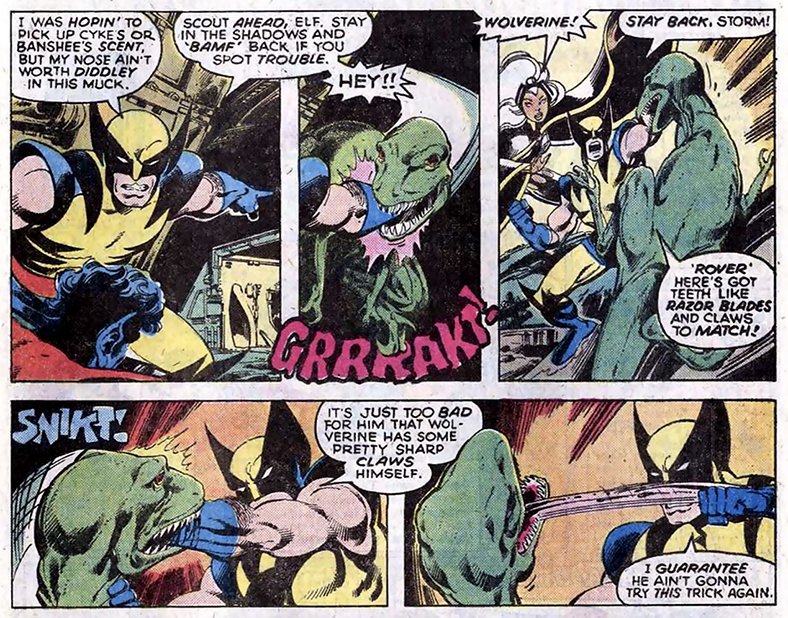 0
Was Wolverine the first comic character to have long claws as their main identification?
8
In The Wolverine, was Logan dreaming or was it real?
17
Why don’t Logan’s hands bleed when he pops his claws in The Wolverine?
13
What is Wolverine the best at?
3
Are the joints of Wolverine his weakness?
5
Shouldn't bits of the stuff Wolverine cuts remain stuck between his claws?
9
How do Wolverine's claws come back on "DoFP" after "The Wolverine"
6
Who were these recent Wolverine bad guys who mimicked his healing factor/claws with tech?
12
Has Wolverine ever had his claws ripped out?