The wormholes in the Commonwealth Saga by Peter F. Hamilton seem to be very variable/controllable in terms of size and positioning.

The books also devote a significant amount of time talking about energy generation, from nuclear power stations causing standoff between colonists and the military, solar power stations on the moon and D-sink energy stores.

Is it ever explained why wormholes can't be used as perpetual motion energy generators by aligning the exit somewhere above the entrance within a gravity field and dropping things into it? 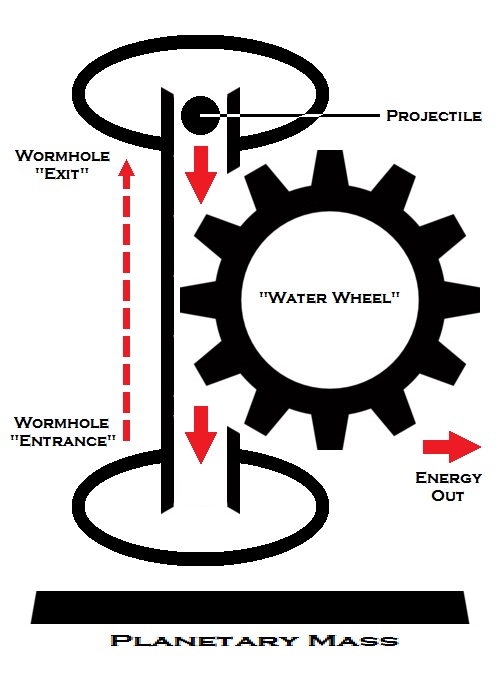 Hamilton doesn't say anything that suggests that the wormholes don't conserve energy. If they do conserve energy, then one of two things have to happen when the two ends of the wormhole are at different gravitational (or electric, etc) potentials: Either there is a force inside the wormhole so that traversing it you do just as much work as you would have going the long way -- i.e., you do the work needed to lift the body from the starting potential to the exist potential -- or the apparatus that generates the wormhole provides the energy boost to "climb" up out of a potential well. Either way, the energy you'd get back going downhill is just the energy you spent getting to the higher potential end. No gain.

Barring magical, hand-waving, Clarke's Third Law properties you'd expect one or the other to be true. Hamilton makes it clear that there is no force inside the wormhole that must be overcome, so as far as anyone can say from the stories, the wormhole apparatus provides the energy needed to go to a higher potential (and absorbs the energy liberated when going to a lower potential.)

Out of universe, I don't see any indication he's thought about it. (In general, his technology is all pretty magical and arbitrary, but he does a good job of providing in-story plausibility.)

Hard to give proof of a negative, but I've read all of the books and this is never mentioned as a form of energy generation, nor is it mentioned why it isn't done.

In universe they might explain it by saying it would only generate enough energy to generate the wormhole and would therefore not be worthwhile.

It could also be that the power generation is a way of providing employment and to control vast populations, or that they would be easier and cheaper to set up on new worlds, then as they grow the infrastructure is based around coal / gas / oil / solar / nuclear etc.

Out of universe having the different energy sources gives Hamilton more options when it comes to plot points. i.e. a corporation that starts to pillage an existing colonies natural resources for fuel would give a lot of scope for conflict and dialogue.

Not the answer you're looking for? Browse other questions tagged wormhole energy commonwealth-saga or ask your own question.

15
Why is it beneficial for immotiles to create new immotiles?
26
Why are the holodecks on Voyager in use if they have energy issues?
13
How does a sarlacc gain any energy if it keeps victims alive for a thousand years?