The plot began with an advanced society with space travel visiting Earth to evaluate the potential to take over. During the visit, Earth scientists were able to take note of various devices in use by the visitors and converted them into weapons significant enough to destroy the visitors if used.

I probably read it in Galaxy or F&SF magazines. I read this many years ago.

Aliens land in New Jersey, in a mile-long space ship. They request 500 acres (2.0 km2) of level ground to erect buildings, and induce humans to work for them by passing out capsules that produce a feeling of temporary bliss. The workers are given sticks, each a "light metal or plastic rod, five feet long, with a curved handle and a splayed tip":

"When the command 'Go' is heard," said the alien's voice clearly, "you will all proceed directly forward at a slow walking pace, swinging your sticks from side to side."

The sticks flatten the ground in front of the people as they walk. Later the aliens make adjustments in the sticks, and the ground bulges up into walls. Eventually an enormous building takes shape.

The aliens are circumspect about their motives. One alien, Pendrath, is fond of fraternizing with humans. On one occasion he becomes drunk (from aspirin), and lets slip that the building will house a giant drill, which will be used to place a bomb in the core of the Earth. The purpose is to increase the amount of dust in the space around the Sun as a means to slow down spaceships and to protect the aliens from invasion.

The humans become desperate to find a defense. They modify the "idiot sticks" at random; each modification causes the stick to become unstable and to kill its operator. Eventually a pattern is found that is stable and that is lethal to the aliens. A mob storms the ship and the aliens are killed.

Earth has recently received an alien ship with two kinds of very helpful aliens - Greks & Aldarians, Greks the senior of the two. They're offering great new technology, & are willing to train human scientists in Grek science. They don't claim to have any expectations from humanity, apart from giving the gifts.

But Jim Hackett is noticing some anomalies in their behavior. While Aldarians are genuinely helpful, Greks' gifting feels like contempt, Grek ship is far too big compared to their declared numbers, his suspicion during his training in Grek science that they're being taught nonsense, ...

His investigations, with the help of a small band of helpers, will unravel the aliens' nasty designs as well as a weapon to beat them at their own game

If you're a human, the deadliest game.

You may consider yourselves experienced hunters. You have hunted on many planets. But here things are different.

For there are no mindless monsters or charging carnivores, but a devious, intelligent and dangerous prey.

A prey who is out to get you before you get him. 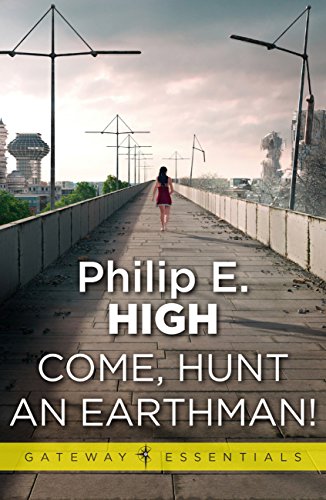 23
Short story about a secret suburban house on the moon
34
Looking for sci-fi novel I read about humanity finding alien station on orbit of Earth
21
Looking for book - empathic/telepathic alien captured on distant planet, brought back to earth
15
Short story about scientists who discover a way to end the world
11
Short story about a time machine used for parcel delivery
33
Short story about distant-future researchers who rediscover the forgotten Earth shortly before it falls into the sun
9
Story about aliens that swap out Earth's government and improve quality of life
9
Alien cow pie collectors -- name of story?