Book about a man studying aliens. Modifies his body to get closer to them and ultimately doesn't see himself as human anymore [duplicate]

I am looking to recall a book I read 20 years ago.

Could it be Mike Resnick's A Miracle of Rare Design? It seems to have the elements you described above. From this review:

In "Miracle of Rare Design" he brings his character Lennox. A thrill seeking, with a self-centered ego.After being brutally assaulted by a Firefly alien race, left for dead. Lennox gets the opportunity to return as a Firefly. After mastering its movements and native tongue he tries to make a deal with the alien race for planet earth.

In change of events, the missions keep coming taking him to other alternate planets to become one of their alien race and learn there way of living, one transformation leads to another like an addiction. Returning to human doesn't seem right....read and find out the path Lennox chooses. 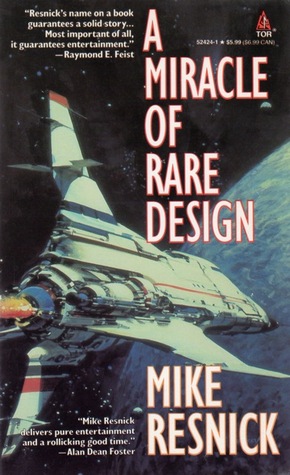 I believe you are referencing "Sentenced to Prism" by Alan Dean Foster.

The Company has a problem. They've discovered a new world and their presence there isn't quite exactly legal. But the payoffs could be huge, so they've sent down a full research team with labs and defensive outpost. But the team has gone silent. The Company needs Evan to go in alone and find out what is going on. One man, alone, won't draw the attention of rival companies, the United Church or the Peace Forcers. Equipped with a suit of mobile armor with the latest gadgets, Evan is all set to investigate the mysteries of Prism.

Unfortunately, neither The Company or Evan are truly prepared for what Prism holds.

Evan finds the remains of the base and it is overrun by prismatic lifeforms feasting on all the rare-earth metals in the base. All of the staff, except for one Martine Ophemert, are dead. Evan begins the process of tracking down the missing staff member. During his pursuit, his suit, his superdupercan'tbreakcansolveeverything suit fails. Evan is forced to proceed on foot and comes into contact with a native, a scout named Azure. Azure saves Evan's life and they head back to Azure's Associative.

There Evan finds a fully functioning society. The lifeforms of Prism have all specialized and then come together instead of being multi-use creatures that standalone. Evan gives them the idea of a battery, as they are all photovores so they can function through the night. In turn they grow him a locator so he can track down Martine easier.

On the way to finding Martine's tracker, the group is attacked and Evan is partially destroyed. The Associative rebuilds him so he is part biological and part Prismatic. A true synthesis of Prism and the Commonwealth. They rescue Martine, who has also been rebuilt by another Associative and they all head back to the base to try to contact The Company.

9
Man undergoes radical surgery to research aliens
23
SF Story about human adapting to alien environment
6
Book about a man sent to multiple planets, surgically altered to fit in with the aliens

5
Looking for title of SciFi book, main character has 3 spots on his arm
2
Need help finding a book called something like 'Kirlian Aura'
6
Trying to find a book about a forest that absorbs people
3
Novel with aquatic aliens that block humans from seeing them
25
Book in which children escaping London get sent to an alternate reality
6
Aurialis/Auriolis(?) Book about alien cats on planet with heavy storms
7
Sci fi story featuring aliens with segmented bodies, they lose a pair of legs when they breed
9
In which book did alien protagonists absorb and mutate humans, turning their flesh into biological weapons that they then used against other humans?