Are the edges of Captain America’s shield blunted or sharp?

When Captain America throws his mighty shield, does it hit things with a razor-sharp edge that can cut or a blunt edge that can bludgeon/bruise? Or is it some sort of modified edge that could do one or the other depending on how he throws it?

I'm interested in the mainstream comics universe (Earth-616, or whatever it calls itself these days), although other universes are interesting supplementary material.

Per the Official Handbook of the Marvel Universe, Vol 2 (Deluxe Edition) #2, Cap's shield has a blunt, rounded edge.

Granted, that source is 30-something years old by now, but I'm not aware of anything that really contradicts it since. There are a couple of cases of him using the edge to cut heads off (as mentioned in other answers) but I don't think that necessarily means the edge is sharp; blunt force directed through a basically indestructible object like the shield would work just as well.

The shield can be used for cutting or smashing.

In Avengers #500 (I think) Captain America slices his shield through Ultron's neck (which is apparently made of Adamantium): 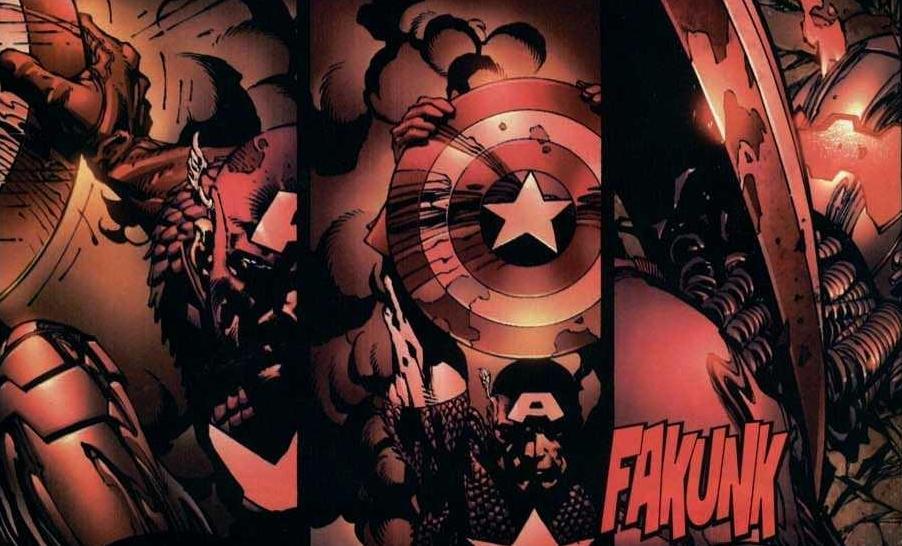 I didn't read the comic, but the Wiki says it takes place on Earth-61108 and Earth-616, but I'm not sure which is depicted there.

Another image (I'm not sure what comic, nor what earth) depicts the shield going in one side and out the other of a missile.

In another comic, somewhere in Civil War Nos. 1-7 (2006-07), he smashes Iron Man's helmet open (in the middle panel he's clearly using the edge of the shield): 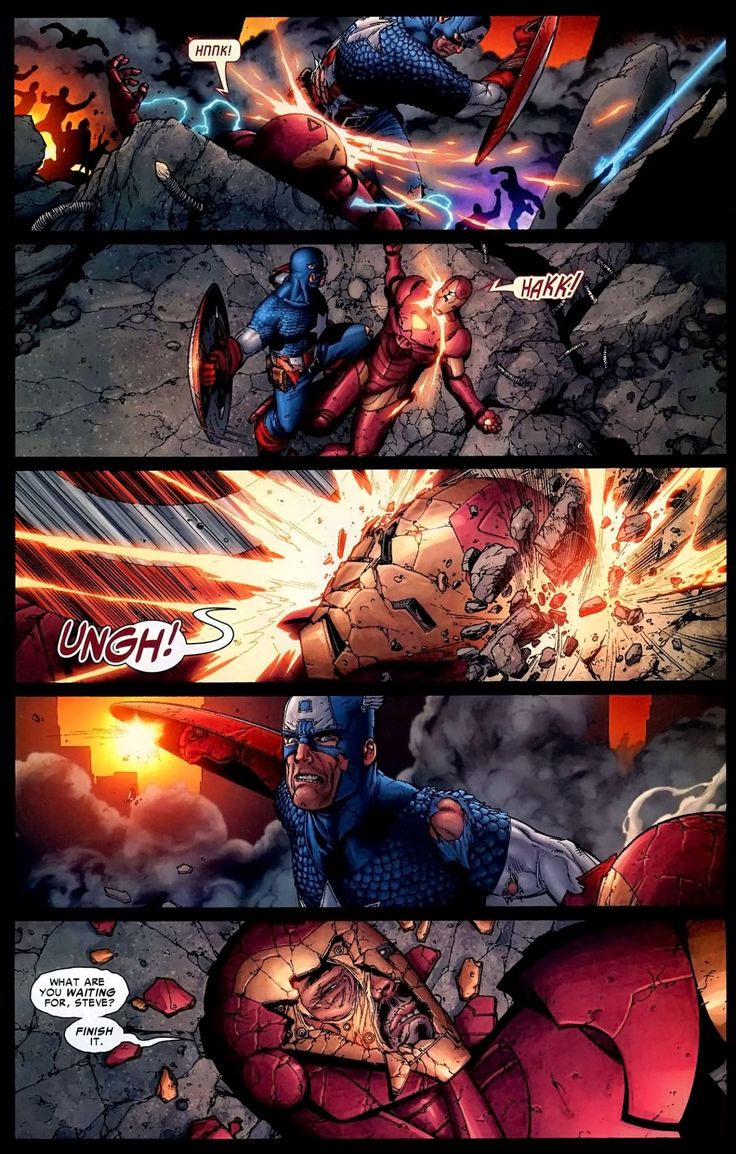 For the film version, the edges are definitely not sharp. That can be seen from the way the shield bounces off the people Cap throws it at in this clip.

It bounces back without slicing them up and with no blood on it. In fact, there is even a clear view of the shield's rim at 1:32, and it can be seen not to be sharpened, but rather squared off.

I doubt if it has been consistent over the years but in Captain America #254, Cap used his shield to cut off a vampire's head.

On the other hand, he has (repeatedly) hit foes in the face with it before, which argues it would be blunt.

It does not have a sharp edge. It is merely narrow, IMHO. Its indestructibility and the speed with which it strikes Cap's targets concentrates all of that force in a very narrow band. A polyethylene cutting board dropped edge-first will concentrate all its force on a bare foot and may cause a pressure cut, at the very least it would leave a nasty bruise.

Imagine the shield's edge striking with the force of a "mighty" throw.