How does Q perform his Earth illusion?

In "Death Wish," in an effort to try to convince Captain Janeway to rule in his favor during the trial, Q shows her the Earth outside of her window. 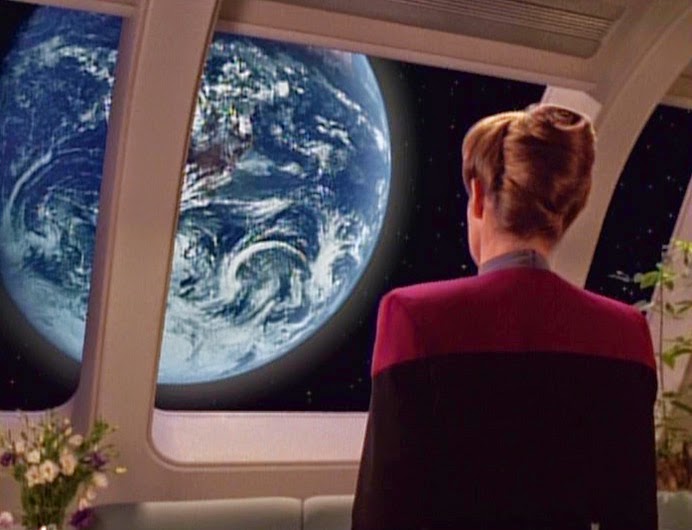 The script is no help whatsoever.

Q1: The Continuum is prepared to do you a little favor... if we approve of your ruling. Look out the window.

She reacts, goes to the window.

She glances away, toward him, and when she looks back to the window.

Given that Q is essentially omnipotent, it's certainly possible that he took the Voyager to Earth but cloaked (no mention is made of its arrival and disappearance later in the show when Voyager makes contact with Earth).

It's also possible that he moved Earth to the Delta Quadrant, then erased the memories of Earth's entire population or that he copied the Earth molecule-for-molecule just for the effect, then banished it into nothingness. More than likely though, it was just an illusion of some sort. He's made those before. 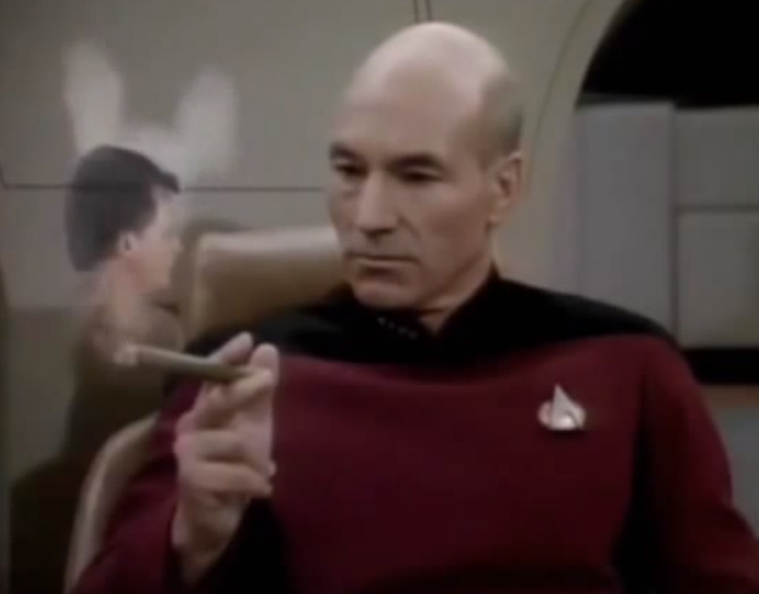 Then again, this is someone whose plan to deal with an annoying planetoid was to change the gravitational constant of the entire universe.

5
Voyager episode Endgame - Future Janeway
8
Are day/night cycles synced up between different species in Star Trek?
21
How was Voyager still in the Delta Quadrant at the end of the series?
12
Why does Janeway go on so many away missions?
23
Were the Maquis who returned on Voyager punished for having been Maquis?
10
Why did Chakotay agree to have the Maquis serve as a Starfleet crew?
12
When was the earliest opportunity the Voyager crew had to return to the Alpha quadrant after being stranded?
7
Was Voyager a Christmas ornament on Earth?