I remember watching (on TV) an anime with a young boy (black hair) and a robot (all grey). The robot was not huge, like being able the pick the boy up in his hand. He was more like ten feet tall. And they were friends.

The anime centers around Narutaki, a boy detective with black hair, and his assistant, a nurse called Ling Ling. When in need, he can call upon a grey robot called Goriki, invented by Ling Ling's father. It seems to be the only robot capable of independent thought; the rest are remote-controlled. The setting is Steam City, a sort of steampunky 1950s France.

Here is a picture from the show, showing the main characters: 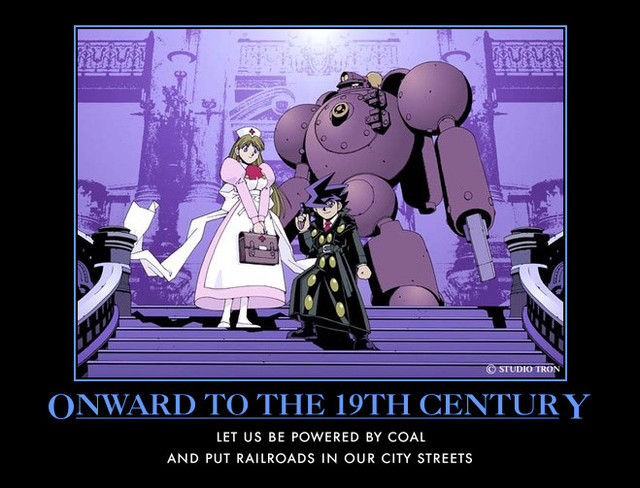 59
Movie about a boy, two men, a robot and a war
9
90s (or earlier) mecha anime: dormant robot chooses a teenager as its pilot, they fight a dog robot and an ostrich robot
4
Anime about a boy who summons a robot with a sword or a flute
10
Anime about boy & summoning monsters
7
Anime/Cartoon with a Giant Police(?) Robot
5
80s/90s anime/cartoon with grey robot protagonist with elongated head riding a hoverboard
10
Animated featurette about a boy who befriends old junky, clumsy robot in a Jetsons-like future setting