I may have read this novel/novella in the ’80s or ’90s, not sure exactly. The setting was mostly in a near-future Connecticut, but not entirely.

The premise was that someone had invented a way to “delete” chunks of reality using a gizmo no more complicated than a pocket calculator; when you deleted a chunk of reality, it didn’t magically adjust physical records of its existence, but nobody would remember it. It was just as easy to undelete the chunk of reality, which would also restore people’s memories of it - but only the gizmo that deleted a chunk could undelete it.

The story was mostly about a civil war (Beirut-style, not US-1860-style) or terrorism conducted with these gizmos.

This may be War of Omission by Kevin O'Donnell Jr.

A new war... a revolt of the middle, of ordinary people fed up with taxes, bureaucracy, government interference. A rebellion destined to fail--until fate tipped the scales and gave them the power to win. The Time-Space Separation unit: 'Tisser' for short. A device that wipes out chunks of spacetime, then knits the edges of reality back together, leaving no memory of the places--or people--who vanished.

Note that in this novel, the deleted parts of the world were actually removed, not just deleted from living memory -- but it's the closest I'm aware of to your description, and has the correct setting. 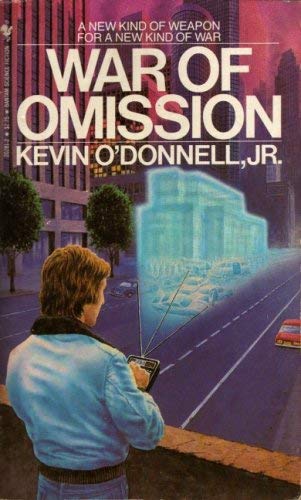 3
A story about a kid who befriends an AI and communicates with via pocket calculator?
6
Boy travels through time using a calculator
7
Book with virtual reality plot
10
Story where father's books became reality
14
Old SF book where aliens manipulate Earth to keep us at war?
7
Book: boy meets a guy who gets killed, and escapes to a pocket dimension where inhabitants are versions of himself
9
Sci fi book about virtual reality where a race disappeared due to playing too much
4
Anime where people live in a virtual reality world to escape from reality
8
Augmented Reality Novel from the 2010s where reality is blurred