As the title says: What is the significance of the phrase "altered carbon" in Richard Morgan's novel? The phrase appears in passing but I didn't find anything for it to mean, and I was wondering if I'd missed something, or if it was just an allusion to "Blade Runner" (ie, a cool futurey-sounding phrase that doesn't actually mean anything)

(As a side question - not really worth asking separately - was anyone else as distracted as I was by the near-anagram of "Carbon"/"Bancroft"?)

The most relevant passage in the source novel relates to Kovac’s reflection on Kadmin's peculiar nature / madness / evil. That genetic manipulation along with consciousness transference has changed humanity in some ineffable and significant manner.

The man in front of me was different. His frame was that of a Caucasian Nordic, topping mine by nearly thirty centimeters, but the face was at odds. It began African, broad and deep ebony, but the color ended like a mask under the eyes, and the lower half was divided along the line of the nose, pale copper on the left, corpse white on the right. The nose was both fleshy and aquiline and mediated well between the top and bottom halves of the face, but the mouth was a mismatch of left and right sides that left the lips peculiarly twisted. Long straight black hair was combed manelike back from the forehead, shot through on one side with pure white. The hands, immobile on the metal table, were equipped with claws similar to the ones I’d seen on the giant Freak Fighter in Licktown, but the fingers were long and sensitive. He had breasts, impossibly full on a torso so overmuscled. The eyes, set in jet skin, were a startling pale green. Kadmin had freed himself from conventional perceptions of the physical.

In an earlier age, he would have been a shaman; here, the centuries of technology had made him more. An electronic demon, a malignant spirit that dwelled in altered carbon and emerged only to possess flesh and wreak havoc (emphasis mine).

Where is the voice that said altered carbon would free us from the cells of our flesh? The vision that said we would be angels.

Again, I think this referring to the separation of the psyche from the body, and the migration to new and / or modified forms.

Altered carbon is an alien metal, created by the Elders, a long dead (or simply gone) alien race. Humans found a use for the altered carbon, using it to create cortical stack technology.

"We tramped through basement rooms cooled to the seven to eleven degrees Celsius recommended by the makers of altered carbon, peered at racks of the big thirty-centimeter expanded-format disks, and admired the retrieval robots that ran on wide-gauge rails along the storage walls."

From the book Altered Carbon, by Richard Morgan 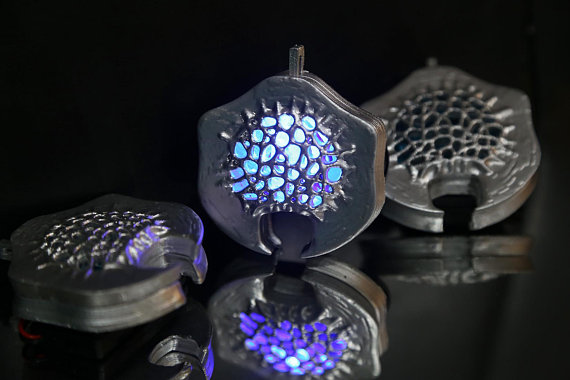 Not the answer you're looking for? Browse other questions tagged altered-carbon or ask your own question.