I'm looking for a trilogy of books that I was reading at school, back in the early- to mid-2000's. The school library had all three so I guess they might have been published a couple years before that.

The main bits I remember are, the book covers each had a different colour with a large symbol/rune.

I think there were magic books which the main character had to collect?

I can kind of remember some bits of the story:

I never read the last book, I think someone borrowed it from the library and never returned it.

I live in England, and I read it in English.

The book covers were a solid background of colour, one was dark blue/purple. another was red and yellow I think. But I remember the blue one most. Maybe that was the first or second book?

I think there was a circle symbol and a triangle symbol, don't remember the third.

I think it was a medieval setting.

This is a long shot, but this might refer to a library edition of the Earthsea trilogy by Ursula K. Leguin. The main character through the three books was Ged, also called Sparrowhawk; he was himself a wizard, and the first book (A Wizard of Earthsea) followed his beginning on the island of Gont, as a precocious child, followed by his education at the wizards' college on the island of Roke.

The second book, The Tombs of Atuan in fact involved retrieving an item from a labyrinth (one half of the Ring of Erreth-Akbe, an item of great power in maintaining peace in Earthsea); he was opposed by a cult of women who guarded the labyrinth.

The third book was The Farthest Shore in which Ged, now archmage, journeys with a young prince whose true name was Lebannen (I don't recall his use-name), speaks to dragons, and journeys in to the land of the dead to once again save all of Earthsea from disaster.

Not all the elements you quoted are in the one I'm going to suggest, but let's try.

The Wind on fire trilogy, by William Nicholson.

The first book, The Wind Singer, tells the story of the twin Hath, Kestrel and Bowman, and Mumpo, a friend, to retrieve to voice of the Wind Singer to destroy the Morah (the evil) that lies on their city, Aramanth. There may be a labyrinth (I'm not sure, I read it a long time ago), but there were boats on land. 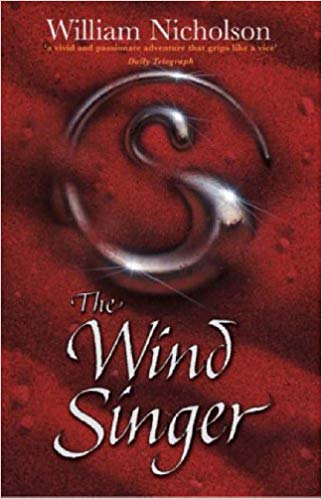 The Septimus Heap books by Angie Sage are a possible match for the details provided. Though I haven't read them, so beware of speculation based on descriptions. They were published between 2005 and 2013.

While not runes, the covers do each have a single motif dominating potentially causing the confusion, the first book is dark blue and the whole set is below including a dusky yellow and a solid red. 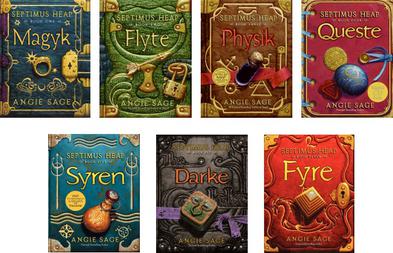 Book 4 seems to cover the labyrinth search to find someone

The series features a 'flying Dragon boat' to travel around the place.

Nothing specific for magical sites in the summaries, but it is a fairly common trope.

I've been trying to search for a series just like this that I read as a kid. Couldn't for the life of me remember. Messaged my old friend from primary school. It was the Old Kingdom Series by Garth Nix. Great Series.

See this collage of the different book covers in the series showing the runes on the book covers matching your memory: 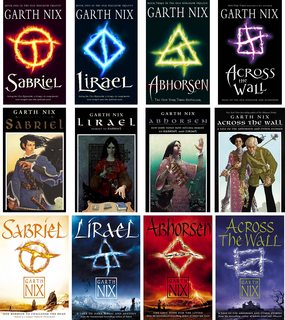