I read the paperback version but don't recall the name, only that the cover was primarily white. It's been at least 8 years since I read it, but the book may be a little older than that, 1995-2007?. It takes place in about the same time frame, as the setting, technology and procedures seem modern, not overtly futuristic nor noticeably in the past.

The protagonist is a woman, middle age or slightly younger, who is an astronaut and biologist. The story starts on Earth describing the asteroid, how it was recovered from deep in the ocean, and the unknown black gelatinous masses contained within.

It goes a little into studies performed, i.e., injected in frogs and mice - which the former comes back as a major plot point towards the end, as the aliens have a vulnerability to 'pregnancy hormones' from the frog DNA they integrated. Skipping the bulk of fluff to the memorable bits, she and her crew are sent to space with this payload of unknown gunk in vials and told to run tests, such as how it reacts to weightlessness and what happens if it's injected in lab mice, with the former causing it to grow and leave dormancy induced by the weight of the ocean(also happens on earth, but slower?) and the latter ending with mysterious symptoms, increased aggression and rodent deaths. Along the way, it gets introduced to the crew, where the effect is much the same, though they seem oblivious and pretty careless, storing the bodies of dead crew and animal alike in bodybags with little caution, despite the massive swelling caused by the egg's growth. Unsurprisingly, this ends badly when the erupt from bloated corpses, which are then released when the chamber is opened- eventually infecting the whole crew, who can't avoid the 'fish stinking' globs now free floating around the craft.

There are a few details that I can't place sequentially but remember vividly, perhaps mid-book:

Then late in the book, the last remaining crew member, our protagonist, commits suicide via crashing into the ground, I think by disabling the parachutes on the shuttle or some other safety function- how she did it might be mistaken, but I remember the suicide being a fairly important 'spare earth from this plague' sacrifice. Ultimately it was revealed that it was in vain, and that other organizations still had and were studying the eggs and the pitch black hybrid abominations spawned from them, so it ended with a somewhat fatalistic turn, though all of them carry the vulnerability.

This sounds like a good match for Tess Gerritsen's Gravity. First published in '99, this matches your timeframe nicely, and the cover below is primarily white. From what I could find this is true of a number of other editions as well, maybe this is the one you remember. 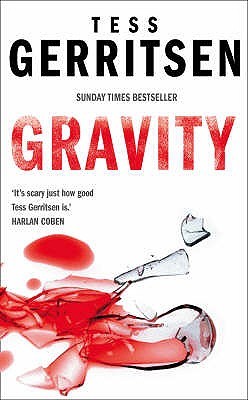 The plot focuses on Emma Watson, an astronaut and biologist, currently in the middle of a divorce, who is sent as a last minute replacement on a mission to the ISS. They do experiments on microorganisms in zero-G that all start to go horribly wrong; one astronaut is removing a mouse from an experiment and gets some matter in his eye. He soon becomes violently ill; the culture continues to grow on and in him until, after he is returned to earth, a creature that is part mouse, part frog and part human emerges from his corpse.

There are two plot summaries here and here which provide a few more details that all seem to match; from my own memory I can confirm the gruesome scene with the bodybags on the ISS

5
Sci-Fi book about a virus and maybe a meteor?

3
Book about a lighthouse keeper sent to a remote island with mutant sea-people?
6
Book about an alien librarian
15
Old movie about alien eggs inside cave
11
Book about relativistic ship, ESP for navigation and communication, Earth destroyed
8
Book about a little girl that found that if she pulled the plug of a bathtub full of water she could leave home