Is Rose Quartz the only known Gem to shift her color?

By now we know that

Now, Rose Quartz had a light peach skin tone, almost the same as some humans, whereas

was quite literally pink. 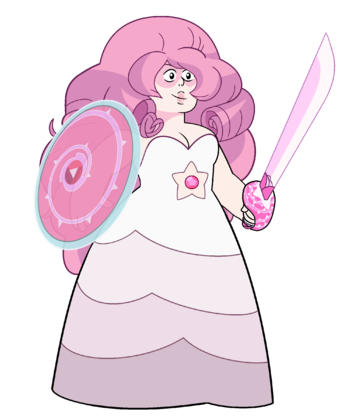 I was thinking that we don't seem to have seen any other Gems change their overall color when shapeshifting. Amethyst is always purple, whether as a helicopter or a radio or the Purple Puma. Garnet shapeshifts into Steven, but she stays, well, garnet. Clearly, a Gem's clothing (which is also generally a projection) seems to be able to change color, but I don't believe we've seen any Gem other than Rose change the color of their physical "body." Maybe they can't. Even when Pearl disguises herself as Rose Quartz, her eye and skin tone remain the same.

Is this the case?

Pink diamond also adopts a purple hue when she impersonates an amethyst on her first visit to Earth's surface.

If you count corrupted gems, then we have the following candidate:

The best (and perhaps only) example would come from the invisible Gem Monster that Sadie takes out. This corrupted gem is able to render its body perfectly invisible even as it moves and the scenery changes (rapidly). We can only see its gem, and we know a physical body is there when we see that things like mud will stick to it and partially disrupt the invisibility. One might debate if it is really just creating a completely transparent body or not, and if so if that counts as changing its skin color. 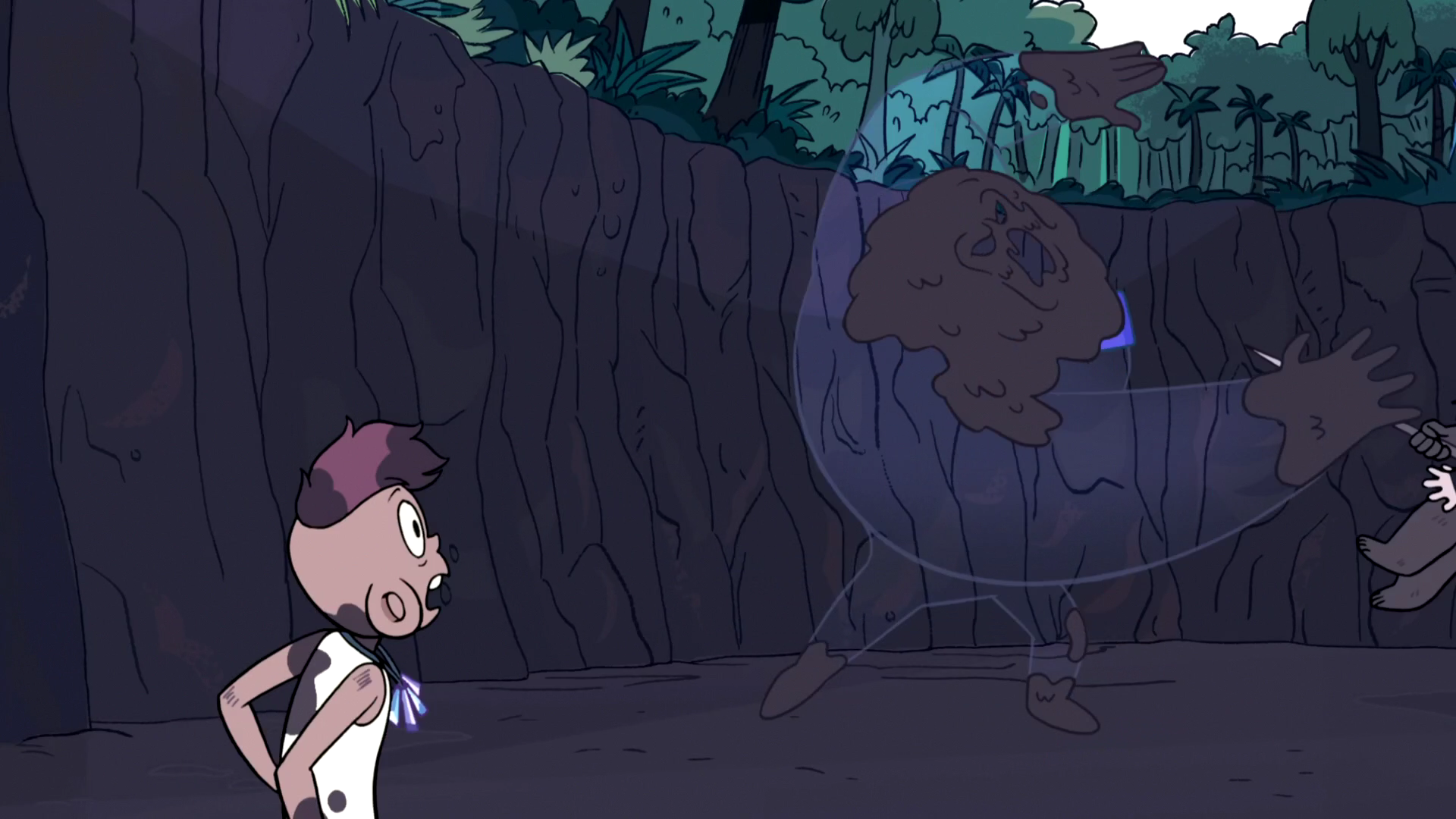 In a less definitive but perhaps suggestive vein, we have seen several gems and gem monsters can have noticeably different hues. Pearls are the ones that probably first jump to mind, but there are several corrupted gems that have the same (corrupted) look as Biggs Jasper; and we have in fact seen two water bears with different colors. The gems in these cases also have different colors, albeit similar shapes, which makes it uncertain if these are wholly different types of gems that ended up with very similar corrupted forms; if the corruption can also alter gem color; and/or if these are color variations of the same gem, like we've seen with Pearls. We've seen Amethysts and such have slightly different colors amongst themselves, and Steven's gem-lawyer had a counterpart of significantly different color. 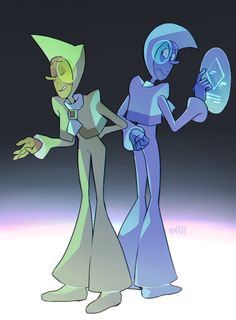 And in any case, it's not clear what the source of the color difference is. Did the gems intentionally change their color themselves to differentiate themselves or to match their diamond? Is the color of their body pre-selected before they are incubated in a kindergarten, and as such Diamonds might intentionally adjust hues to match their own color or other preference?

2
Why does Pink's gem look different from the mural?