Was Danny 'Brick' Brickwell from Arrow created for the T.V. series or the comics?

I purchased a DC Comics Encyclopedia recently and it doesn't have Danny Brickwell in it. Was the character created for the television series or was he first introduced in the comics and omitted from the Encyclopedia?

Danny “Brick” Brickwell was created for the comics.

Brick first featured in Green Arrow Vol. 3 #40 in September 2004, and was created by Judd Winnick and Phil Hester.

If your copy is the Encyclopedia published in October 2004, it is possible they omitted the character because of his recent addition into the universe.

Brick appears repeatedly throughout Green Arrow Vol. 3, as well as in Young Justice, DC Nation Shorts, on Arrow and in the New 52 reboot of DC Comics. 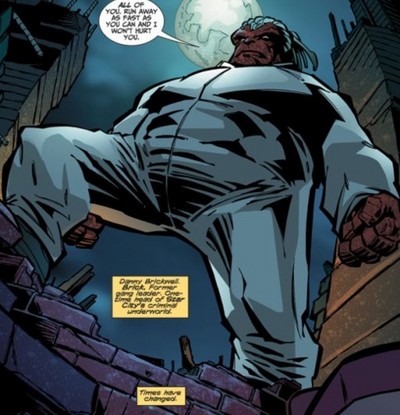 Not the answer you're looking for? Browse other questions tagged dc arrowverse or ask your own question.