Can Rogue absorb and utilize powers from multiple mutants simultaneously?

It is established that Rogue absorbs and is capable of utilizing powers from any mutant she makes skin to skin contact with, but what happens when Rogue makes contact with multiple mutants? Is she limited to only being able to utilize the most recently touched mutant, or is she able to 'stack' powers?

If she can 'stack' powers, is there any specific instance in the comics where she uses powers from multiple mutants simultaneously?

If she can only keep the power of the most recent mutant touched, is there any specific instance in the comics where this reaction is depicted?

As Valorum notes, Rogue has done this on more than one occasion.

Kitty Pryde's the one who initiates it, as you see: 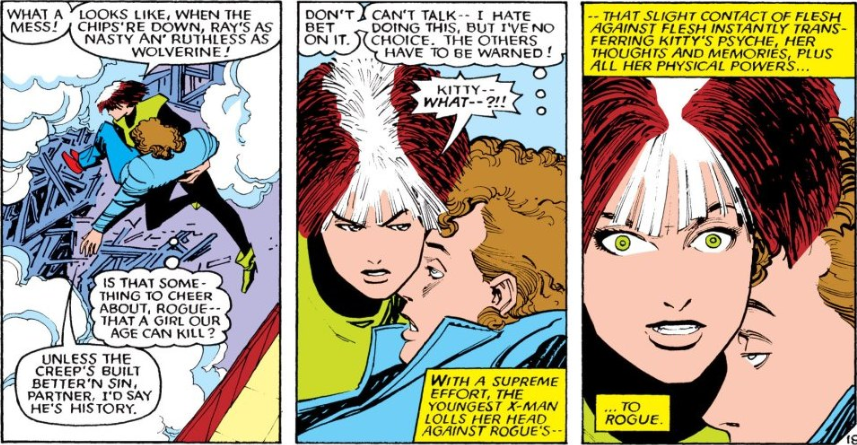 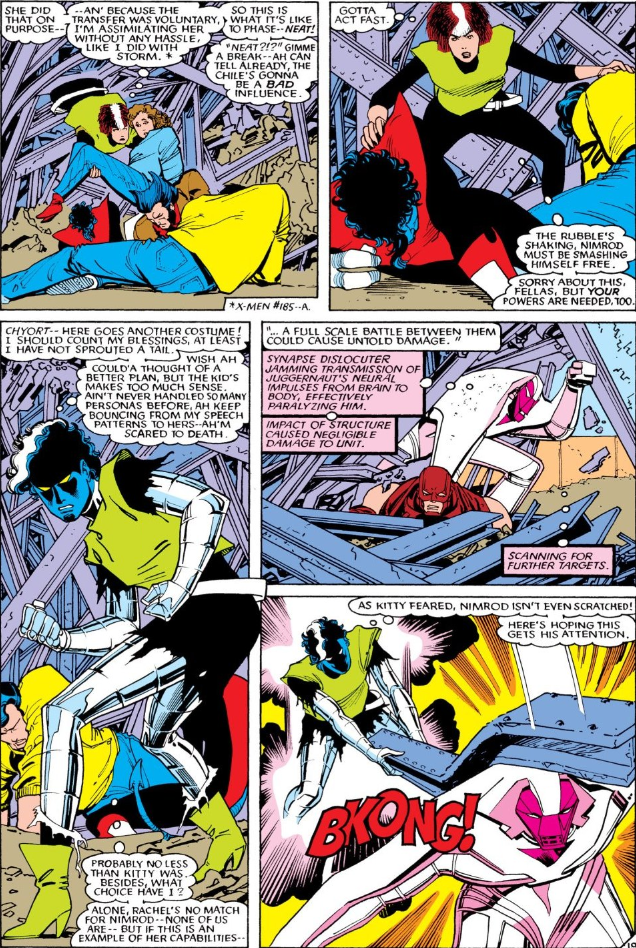 Evidently, the editors guessed that this development would be of interest, featuring her temporary "new look" on the cover: 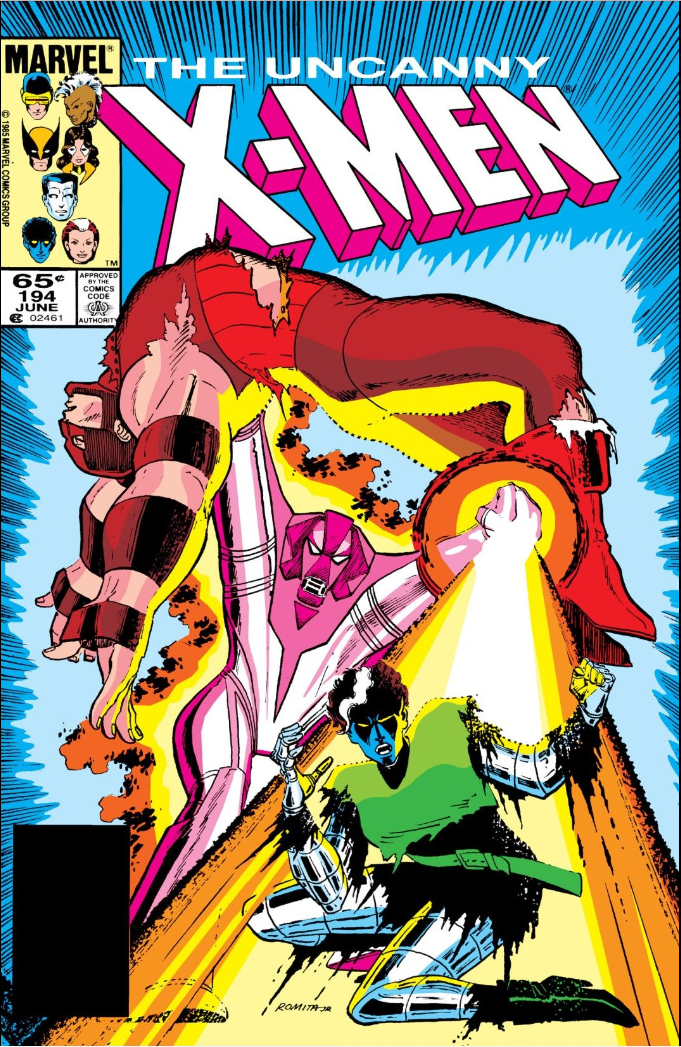 As Valorum noted in the comments, she's done it several times since. They haven't always decided that it would modify here appearance; in Uncanny X-Men 517 (cover-dated January 2010), her appearance is unchanged, despite drawing powers from characters with such unusual appearances as Rockslide, Anole, and Mercury: 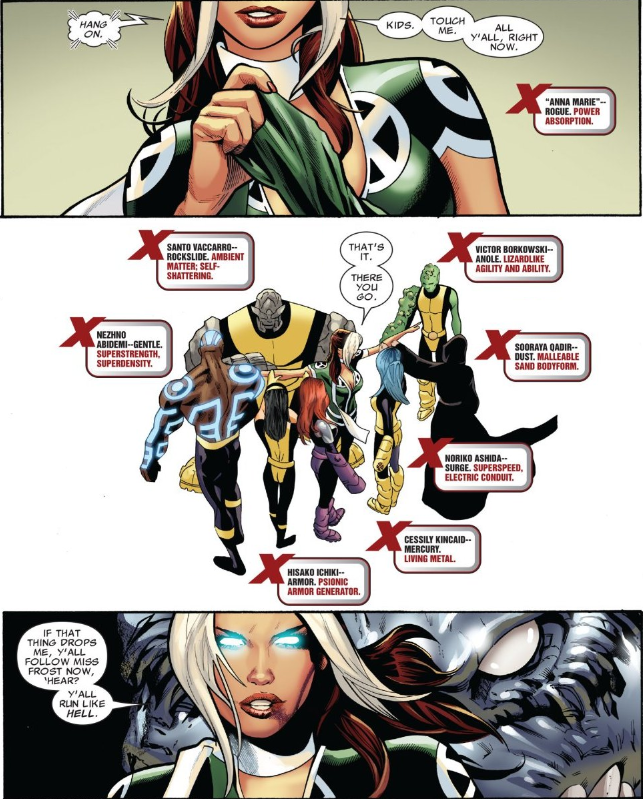 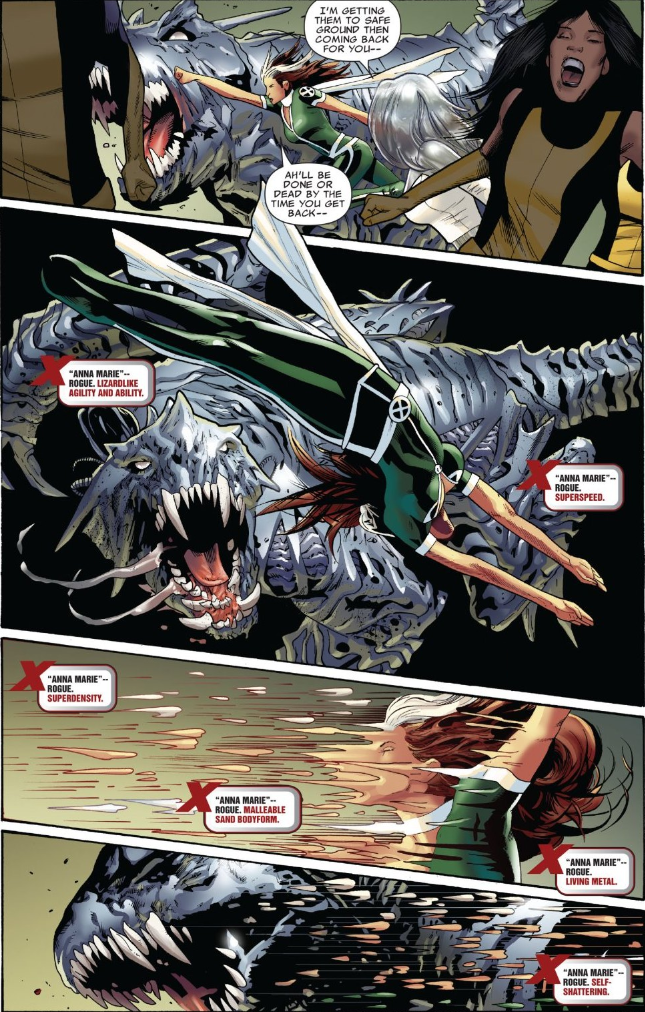 Not the answer you're looking for? Browse other questions tagged marvel comics x-men powers rogue or ask your own question.

10
Does Rogue absorb only mutant powers of those she touches?
15
Is Rogue's power absorption ability limited to just the skin on her hands?
10
Is there a set limit on mutant abilities, where they're deemed too unrealistic?
23
Can Rogue harness Wolverine's adamantium blades after touching him?
12
Does Rogue ever take advantage of the removable power suppression we see?
8
Comic book about guys with powers that are hunted by society