What is the shortest route through the Horus Heresy series?

I have begun reading the Horus Heresy stories in the recommended order:

I've also read Fulgrim where the story moves onto Isstan V and a few of the Thousand Sons/Space Wolves arcs.

I want to catch up with the most recent books however I'm daunted by the remaining 40+ novels in the way (at £9.99 each the entire series would cost about £500 to buy). I know that many of these cover other arcs such as the Ultramarines and Imperial Fists stories.

I want to read the books as they come out but I'm happy to leave the other arcs for the time being. Are there any books which are essential reading between the opening five and the newest one (at the time of writing #49 called Wolfsbane)?

There was an interactive chart available here, but the site is not available anymore. I've converted the website to an image in order to be able to save it for future reference. 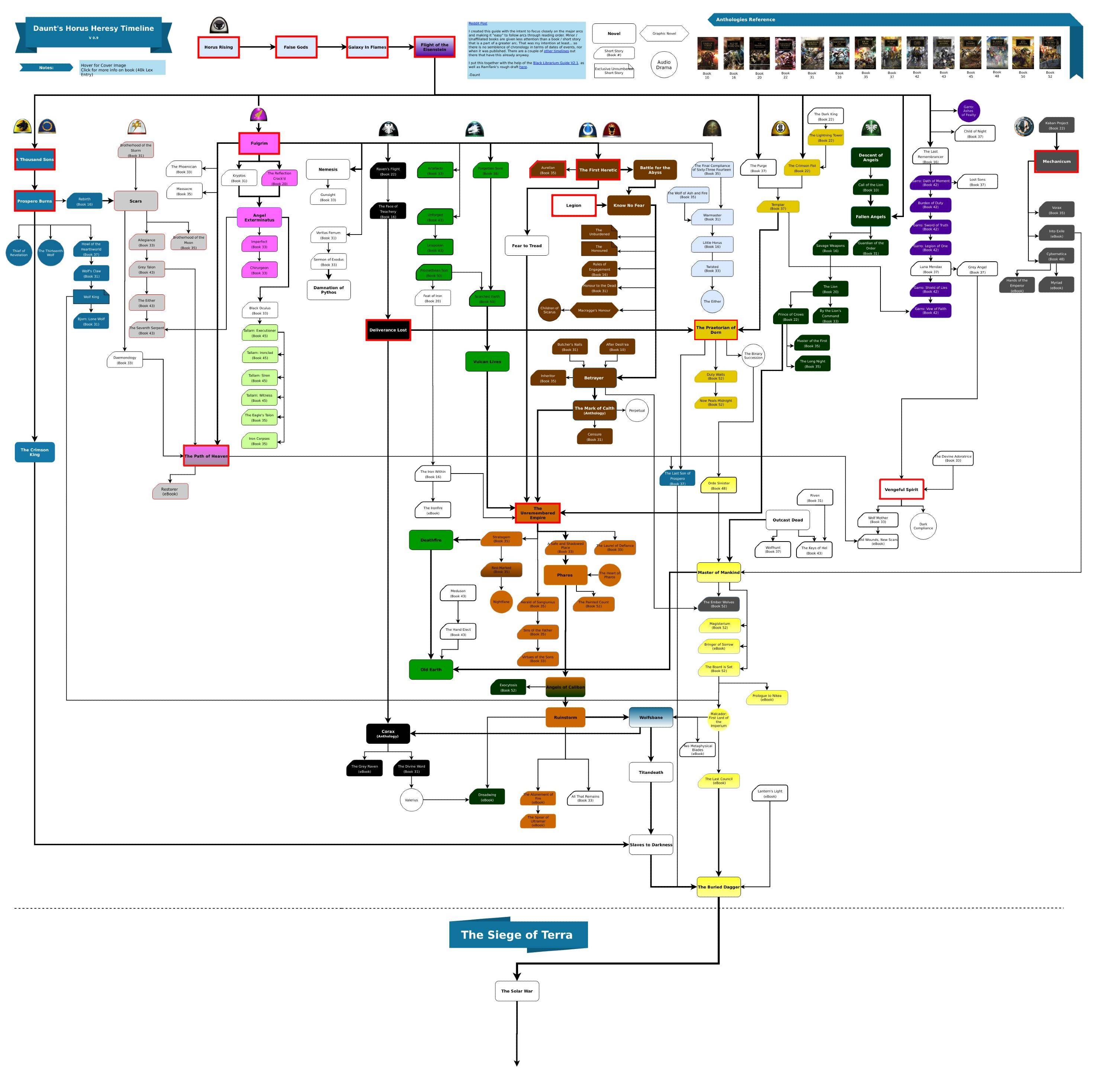 A similar roadmap can be found on Wikipedia: Link. I might convert the roadmap to the new link when I've got some time to be able to add new books, should something be released in the future.

I personally am around novel 30, reading it in the order of release. It is very difficult to give you an answer on which books to read and which to skip as it's heavily dependant on what subject of the Horus Heresy interests you and what you consider essential knowledge. So, I'd heavily recommend you to check the synopsis on the books by yourself and consider if you think it's worth reading.

Some books that (IMHO) are essential to understand the Horus Heresy:

Alpharius dies in this book.

Can't yet give any more "required books" to understand the Heresy as I am not yet any further. I'll update as I keep reading.

Why I consider the other books not essential, I've left out the novels containing only short stories:

Understand that the Horus Heresy series is not so much a single linear progression, but rather an intertwined set of books covering different events occurring during this era of Warhammer 40K lore.

What I've been doing to get through the series is:

2a) Lexicanum is a great source to find new topics of interest as well. Rather than using the rulebooks as a starting point, you may find yourself simply meandering from page to page until you find something really neat and go from there.

BONUS: While writing this, I came across a neat chart detailing the major story arcs during the series, which map out what novels and short stories to read, and in what order, to follow these arcs. It seems to be up to date as of the release of Master of Mankind in June 2017.

As Shade mentioned in their answer, a more up-to-date and interactive version of this chart is available here, which includes some of the newer series such as the Siege of Terra (outlining the last phase of the Horus Heresy). 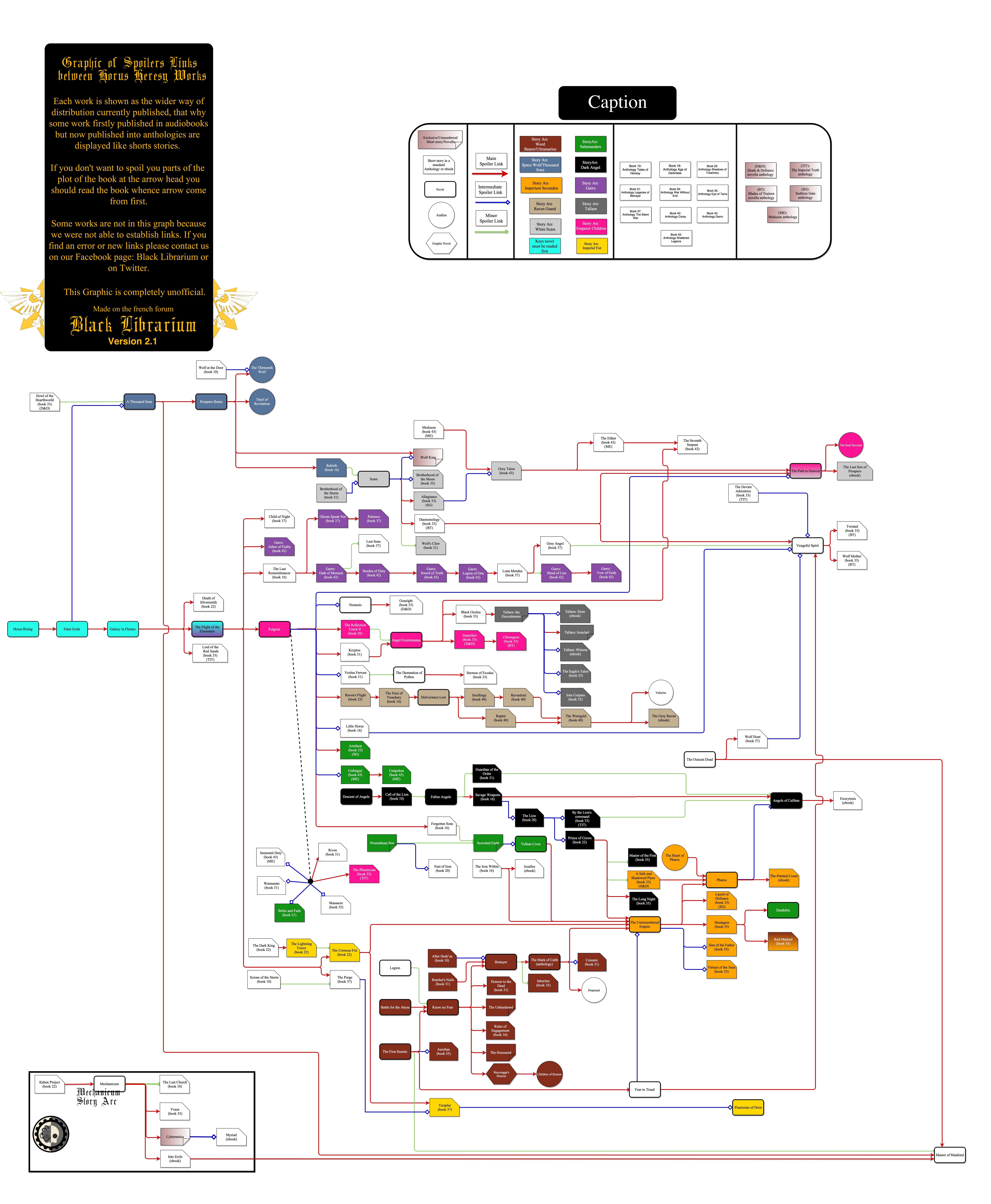 Not the answer you're looking for? Browse other questions tagged suggested-order warhammer-40k horus-heresy or ask your own question.

31
What is the best place to start Warhammer 40k?