In universe, why do we see almost no Chinese people in Firefly?

Firefly takes place in a universe where Chinese and American cultures have fused, as evidenced by Chinese signage, and the frequent use of spoken Chinese in the series. Yet, for a universe that's supposedly half Chinese, there are exceedingly few appearances by people of Asian descent in the show.

I believe that out of universe, this can be attributed to deep-seated cultural and racial issues in the film and television industry.

I'm interested to know, however: is there an explanation in universe as to why a half-Chinese culture is so darned white?

Firefly's culture is a mixture of American and Chinese, but there's no indication that it's 50/50.

In fact, there's plenty of evidence that American culture has been dominant.

Even among those who speak both languages fluently, English is the primary language, while Chinese is mostly reserved for cursing.

The flag for the Union of Allied Planets is a combination of the US and Chinese flags, but the American flag is much larger and clearly dominant. 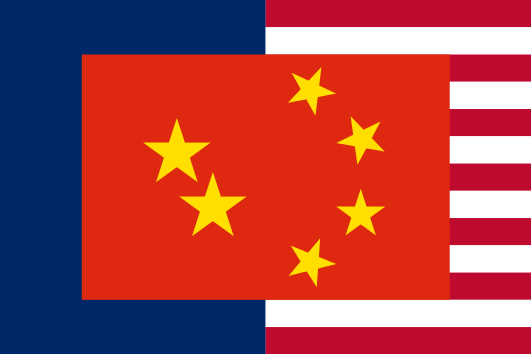 I believe that what you are seeing is the result of colonization undertaken by like groups of people, either grouped by religion or race. I wouldn't expect to find large disparate demographic groups colonizing a planet.

They never visited a planet colonized by Chinese people. All they ever hit are the poor, backwater places. Obviously, the Chinese did better in than the non-Chinese population. So more the bulk of the colonization was carried out by more wealthy and stay were the money is: The core planets.

The successful culture never migrates/emigrates. It's always those less fortunate who board the boats for green shores. The people who leave as a group will almost always be those of a like mind and culture. Successful colonization by disparate groups are exceedingly rare. That scenario has played out countless times throughout human history.

I believe this is rooted in cultural differences. Today, the Chinese live in a strongly civilized society, and have been for a very long time; as a result their culture is hierarchy-oriented, and the people tend towards 'know your place' norms of behavior. By contrast, America is still quite new (historically speaking), and among its people there is still a lot of 'rugged individualism' even in the more civilized areas. I can see this sort of difference being carried over to the new planetary system. That means those Chinese and Americans who prefer order would gravitate to the already-civilized inner planets, while 'rougher' characters would be more likely to go to the outer, 'frontier' planets - and American descendants would be rather more likely to produce 'rougher' characters. And as @Ring says, the crew members of Serenity prefer to stay away from the inner planets (for various reasons).

If we teeter on the edge of in universe/out of universe, then Simon, River, and Kaylee are all Chinese characters, but their actors are not... at least, if the planning phase stuff in the official companion book holds that kind of weight with you.

55
Why does everyone in Firefly speak Chinese?

55
Why does everyone in Firefly speak Chinese?
18
Why was Firefly cancelled?
27
Is there any more media in the Firefly/Serenity universe?
49
How accurate is the Chinese spoken in Firefly?
16
Is everyone in Firefly fluent in Chinese or do they only know Chinese slang?
16
Why did the Hands of Blue use a "sonic device" to kill people?
19
How can Firefly Reavers be "smart" enough to drive spaceships? Why their radio conversations sound like some EVF directlly drawn from hell?