Book about an alien librarian

It was about a human cop/detective on a far-off planet who was investigating something (I can't remember what, murder?/conspiracy?) and he had a contact/associate that was some type of alien (maybe insectoid?) that worked at a giant library (to amass knowledge). The alien was very knowledgeable and helpful, almost as if he knew all the answers to every question ever to be asked.

The only thing I remember about the cover was that it was brown/bronze in color and had an image of said alien librarian on it.

I wonder if this might be Hilari Bell's "A Matter of Profit".

The book has several of the elements you mention, though there are some differences.

The main character is a (human) warrior, or soldier, but he spends the book investigating a plot to assassinate the emperor - so murder/conspiracy, check, and the character spending his time investigating makes remembering him as a detective reasonable.

There is a contact who's insectoid, the amazon page has a quote referencing the character's appearance (or rather another character reacting to said appearance)

The long antennae -- five feet long? six? and covered with what looked like very short fur -- swept forward, quivering in the air over Ahvren's head. It took all his self-control to keep from stepping back. Then the antennae lifted away, without touching him, much to his relief. They remained cocked forward, but relaxed oscillating slowly.

This character is also a "bibliogoth", (one who figures out what information is needed, where to get it, and how to organize it) which is not only similar to the idea of a library but the word itself - the biblio- prefix - is closely related to books and/or libraries in a couple languages.

The alien not only gave information that helped in the find-the-assassination-plot, but also about the culture of the confederation the main character's people had just conquered, and as I recall some of the information is doled out in such a way that shows the bibliogoth knows some of the questions the main character is asking almost before he does - via history rather than omniscience, but the impression is there to be had.

There isn't, as far as I know, a version of the cover with the alien on it but there is one done up in shades of brown/orange/bronze though the characters it shows are humanoid. Other covers are here, but like I said I don't think I recall an insectoid appearing on any of them.

Not sure if this is the one you're looking for, as I said some points don't match exactly right, but it seemed close enough to offer. 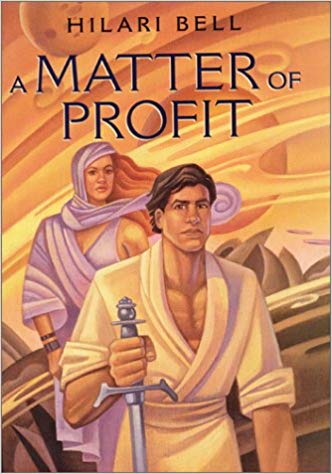 10
What science fiction novel was about a murder mystery, involving androids, psychics, and auras?
10
Help finding a very interesting book about alien invasion, please
2
Book with alien POV
4
Story Identification: Graphic Novel about the Baker Street Irregulars fighting a supernatural threat
9
Old book about a young man marooned in space who is drawn to an alien shipwreck by a ring he is wearing
2
Alfred Hitchcock anthology story involving a detective, an apparent case of alien abduction proven to be a hoax, followed by a close encounter
12
Book about a master lock picker
6
Short story about a library that was a dragon hoard
0
Book about a boy travelling space in a bubble; he has a translation earpiece