Comic about a space shuttle carrying the crew through space dragons

I could only read the climax of a comic novel which was published in a magazine. The ending was as follows:

The hero and and his crew are sailing in a space shuttle. The hero, who looks like a cyborg is saying that he was given half the life span of a space dragon (means the dragons are flying in space, not in air), by a witch-like lady. The story ends where their space ship is approached by lots of space dragons, but they manage to sail through.

The comics belonged to an Indian comic series, named Sahasi Arjun. It had four parts, and the ending narrated in the question should belong to the last part; cover page of which is attached here: 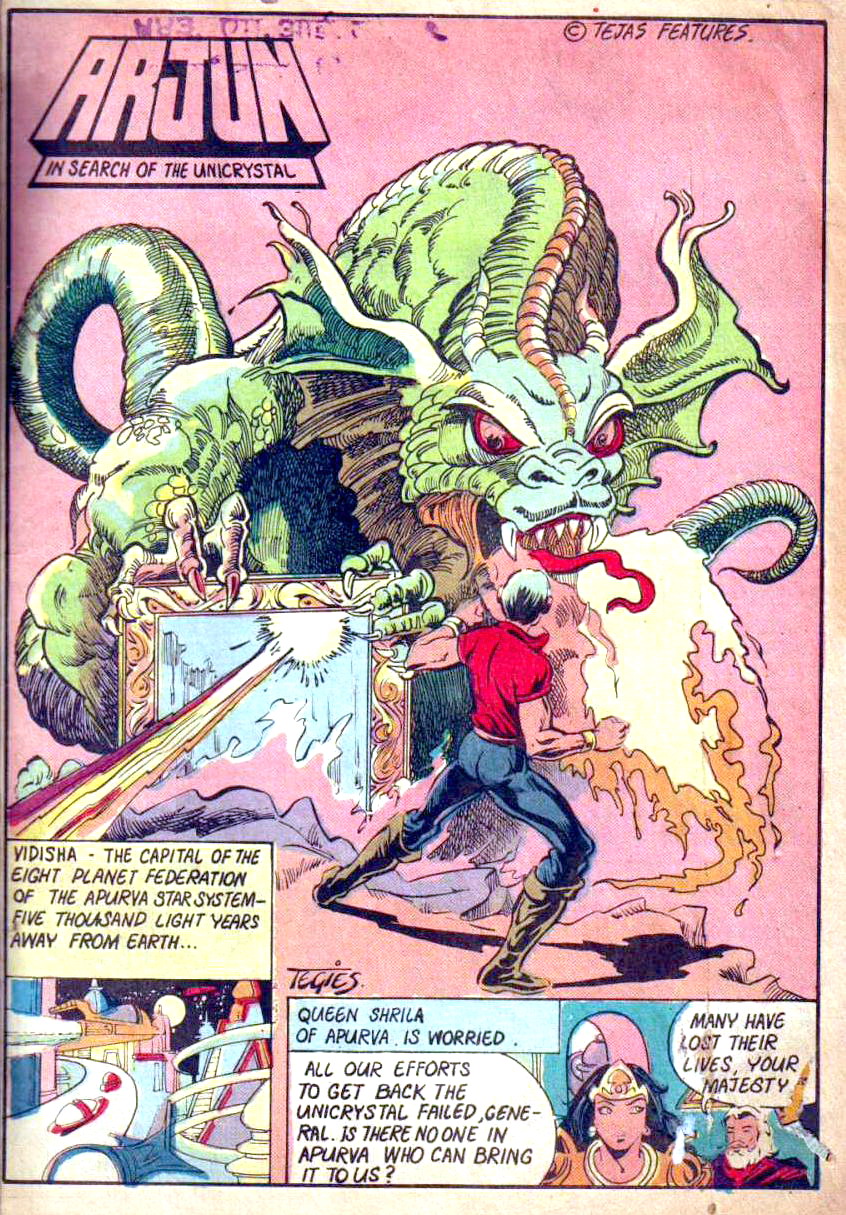 The magazine was discontinued and the copies are not available (neither seen online). Some online threads discussing about them can be seen here:

Not the answer you're looking for? Browse other questions tagged story-identification comics spaceship or ask your own question.

3
A Christian Science Fiction Series Kind of Like Tom Swift?
11
Webcomic following a boy who's inhabited by a vengeful ghost who's after the men who killed her
5
Name of comic book about steam punk-ish parallel universe
6
SciFi / Fantasy Crossover - Trying to identify a book I read in the 90's - Magic, Robots, Witch, Space Shuttle, Parrot
6
Spanish-language (translated?) comic containing multiple short stories (Atlantis, time-travel, space colonisation...)
7
Comic about two children who live on an asteroid
2
Manhua/manwha comic novel about a handsome guy who thinks he's ugly married to a girl who got reincarnated