I remember that there was only one season and it ended in a cliffhanger. I would have watched this in the 90's.

The series starts with a teenage boy waking up in a boarding school. There are others there that join him in trying to escape the school. One of the other students reveals that her father is the administrator. The school is controlled by a computer.

In the final episode, the kids make it out of the school building, but don't get away clean. The administrator appears and tells the kids that he is working from the inside to bring the system down.

It aired on BBC in the UK in 1991. Whilst not totally similar to the plot you mention the IMDb plot summary seems to have enough matching elements that this is worth mentioning.

Marcie, Reet and Thomas are three children who are stunned when for some unknown reason each kid at their school is given a really powerful computer and that the class swot is turned into a mutant by the computers and it's controller Mr. Eldritch. Investigating the three discover that the computers are a part of a plan to rule the world but they need to find Professor Polzinski. With the aid of the Professor, Eldritch is stopped. Later on, a team made up of blonde women dig up the school field to find a wartime computer Behemoth with the power to destroy the world. Super-intelligent Marcie and Eldritch battle against each other for control of the world and in another round in the age-old war of good vs evil...

The Wikipedia plot summary also mentions a lot of similar elements and gives a better breakdown of what happens in each breakdown of the episodes.

The first three episodes begin with third year secondary school girl Marcie and her two fifth year friends Tom and Reet becoming suspicious of the sinister Mr Eldritch, whose computer company arrives at the school and distributes free computers to all the pupils.

With the reluctant help of their teacher Miss Maitland they apparently defeat the threat of Eldritch, who disappears. However, the second three episodes tell of the actions of Miss Pendragon, who works for Eldritch and is attempting to revive the massive, secret Behemoth computer from its long-hidden location beneath the school.

At the end of the BBC novelisation, there are indications that Davies had ideas or interest in a potential third adventure using the same characters. A single paragraph describing the opening of an amusement arcade concludes with "...but that's another story." 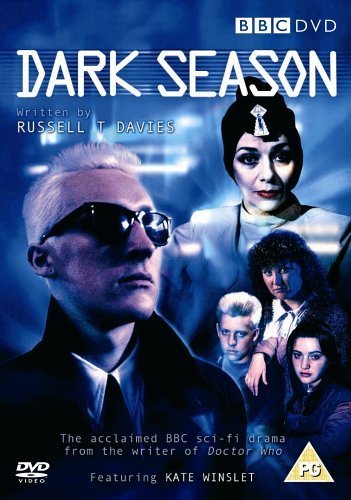 I think this is called Tower Prep the plot sounds very similar but, it was made in 2010 so maybe not. I hope this helps.

10
YA fantasy novel: boarding school where kids have magical powers
7
Trying to locate a Netflix Kids TV series with alien girl. Show was called “Near Zero”(?)
8
Book: Handful of children kept in a school as political mythological prisoners
8
Movie/Show about a serial killer
6
TV videos shown in middle school about reading books, woman book destroyer and a face that hypnotizes kids
3
TV Show episode with a psychic baby looking for a father
5
Book series where a brother and a sister who are transported to a kid's version of Hell