Anime identification from an image with a bejeweled skeleton

I saw this on a YouTube video and was trying to figure out which anime this is from.

This character is Armonia Justin Beyondormason, one of several shinigami from the anime and manga series Death Note. While a few shinigami are major characters in the series, interfering in the world of humans, Armonia only appears in a handful of scenes taking place in the shinigami's own world. 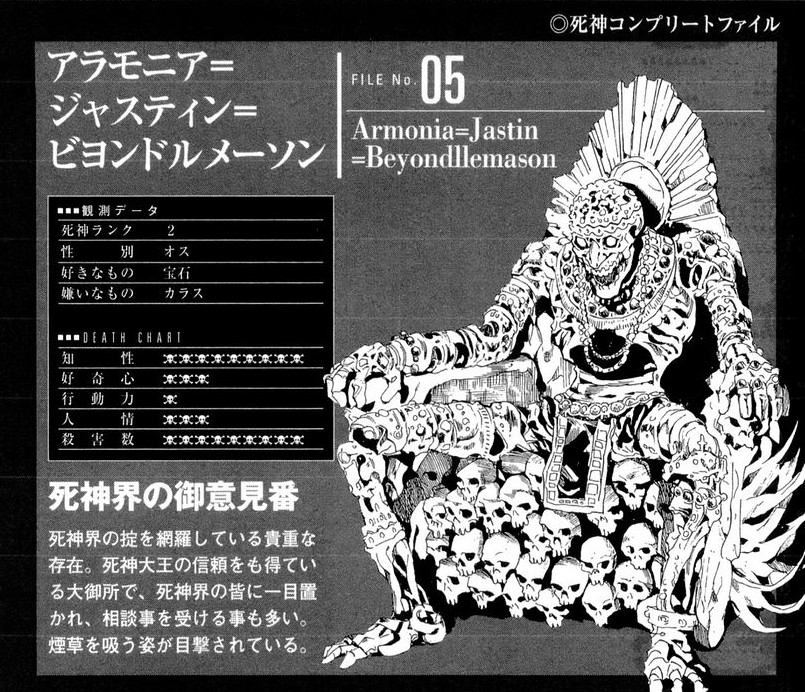 Heres what "I" found, but not sure about the accurate answer though

This is the video entitled “Death Note- Blinged out Shinigami”.

2
What dark anime show had a character with organic armour who fought for good?
5
1990s anime with Spaceship shaped like a white dragon and has guardian manned robots?
3
Which anime is this character from?
3
Trying to figure out what this anime is called?
4
Old anime show with pirate, princess, and boy
12
Anime with a floating city, a boy and his girlfriend
5
Mecha-Anime with a kid who gets sucked into a video game
26
Need help remembering a magic anime with a young girl and her pet
7
Fantasy anime series with people from another world doing quests