Was the corridor between the Enterprise-D's bridge and the conference room ever shown?

That's another question entirely, but it did pique my interest, so I did more research. The Whitefire blueprints indicate a hall without stairs, with the entry to the observation room at the end of the hall. Memory Alpha also states that the observation room was connected through a "short, ramped corridor."

So, was this corridor ever depicted in official or even mildly canon sources, outside of the blueprints? And are there stairs there, anyway? 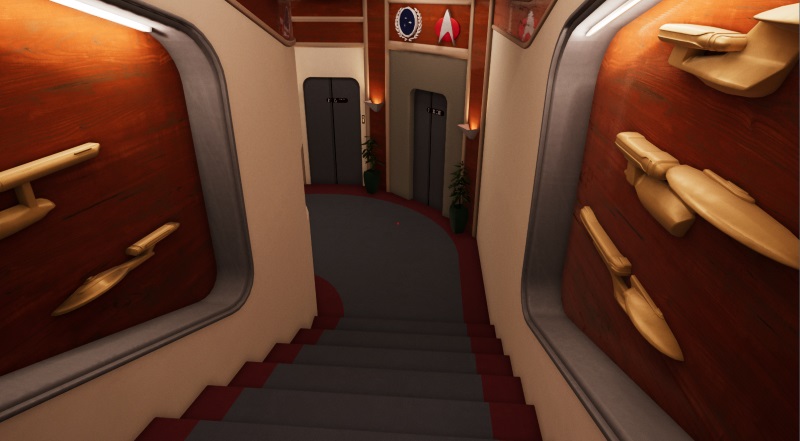 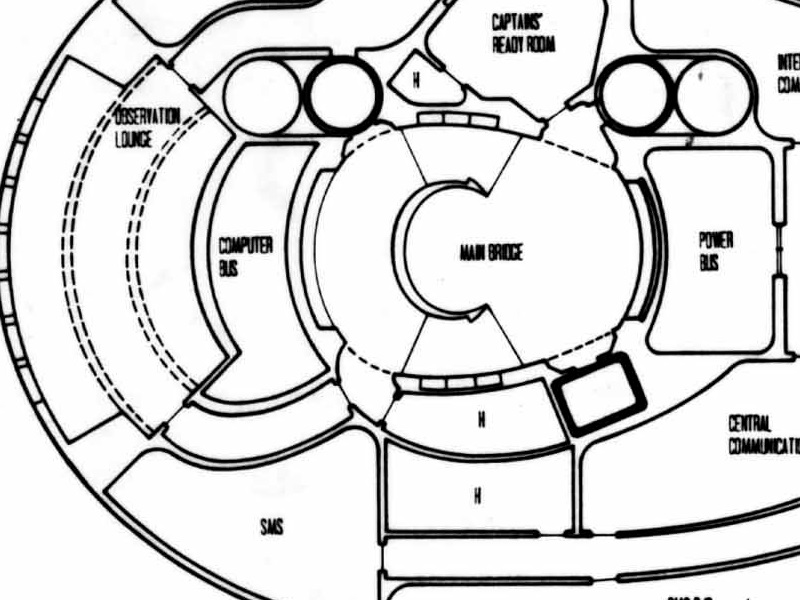 In season one of TNG, the observation lounge was a redress of a corner of sickbay. Whenever they had a scene in the lounge, they'd just pull out the beds, unlatch the sections of wall containing the windows, and pull in some tables and chairs. In season two they built a dedicated set, but they built it separately to the bridge. Any time you see the actors leave the bridge and arrive in the lounge, they've actually travelled from one stage to a completely different one.

It wasn't until the movie "First Contact" (1996) that they finally built an integrated all-in-one set, with the obs lounge connected to the bridge directly. In theory, you could have the back doors of the Enterprise-E bridge set open, and you'd be able to see right through the obs lounge at the back and out the windows. This set was redressed to be the hall where the visiting alien delegation has their function in "Insurrection" (1999), a movie where the lounge doesn't appear, but was reinstated as the obs lounge for "Nemesis" (2002).

33
Are there stairs on the Enterprise-D?