I watched this sci-fi show as a kid during the late 1980s in South Africa. The show itself likely came from Japan. It definitely wasn't a domestic production.

The show's protagonists were human like, in conflicts with aliens. The aliens captured many of the humans during the course of the show and somehow converted them to do their bidding. The conversion included the removing of one of the human's arms and replacing it with something either mechanical or insect like. The humans also then wore a type of head gear (very Borg-like), which allowed the aliens to control them.

Towards the end of the show, one of the humans controlled by the aliens was liberated and ended up helping the humans.

The name "Commander Mary" comes to mind, but it may have nothing to do with the original Japanese name.

According to your description, I'm quite sure it is X-Bomber (also known as Star Fleet), a Japanese puppet series.
From Wikpedia:

The year is 2999 and the Earth is at peace following the Space Wars. The safety of the human race is ensured by Earth Defense Force (EDF). Shortly before the turn of the fourth millennium, the peace is broken by the appearance of a gigantic alien battle cruiser. Powerless to defend itself, the EDF' Pluto base is completely destroyed and the evil Commander Makara reveals that the same fate awaits the Earth unless the mysterious F-Zero-One is handed over to her.

This is the link for the Wikia of the show.

This is the main starship: 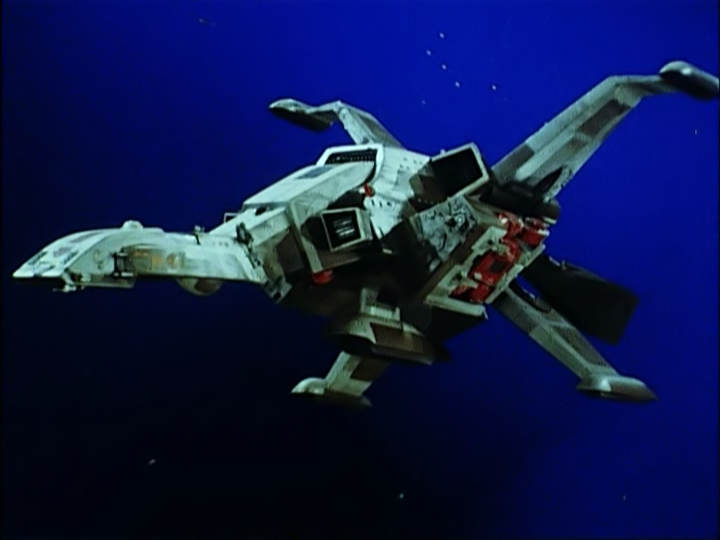 For instance one of the human characters was "converted" this way by the evil empire: 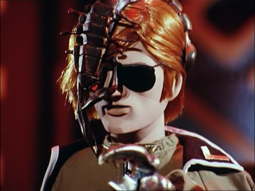 5
TV Show with alien conspiracy theorist, one character has "lightning" superpowers
9
Earth occupation/invasion book I read in the 90s
6
SF novel with a boy and girl who undergo an alien challenge
9
1980s TV show with teenage alien boy with PSI powers hiding on Earth
5
TV show with an old lady and a talking, alien cat