I'm trying to identify a science fiction series on UK TV during the 70s, but I can only recall the following:

The details are a little vague but some match.

The series concerns a family and their associates who charter a boat out into the Caribbean for a scientific expedition. After an encounter in the area of the Bermuda Triangle with an unnatural green cloud, the group find themselves shipwrecked on a mysterious uncharted island from which they are unable to escape.

Christina Hart as Gwenith, with Jared Martin as Varian, in "An Act of Love" They encounter Varian (Jared Martin), initially disguised as an Arawak native, who is later revealed to be from the year 2230. A 23rd-century pacifist, musician and healer, Varian explains to the travelers that, like he and many before them, they have been caught in a space/time continuum where people from the past, present, future and from other worlds are trapped, co-existing on the island in a series of "Time Zones". The only way home can be found in a place called "Evoland", which lies "far to the rising sun". (It was indicated in interviews of the time that Evoland was also the name of the island.) The only way to travel between Time Zones is via invisible gateways that instantaneously transport individuals or groups from one zone to another. In one episode "Beyond The Mountain" the group also encounters a second cloud, which has much the same effect, but which also splits up the group.

Liana (Katie Saylor): "Daughter of an Atlantean father and an extraterrestrial mother", the beautiful blond Liana possessed greater than human physical strength (due to her mother being from a higher gravity planet than Earth) and powerful psychic abilities (presumably due to her mixed heritage) which allow her to, among other things, telepathically communicate with animals. 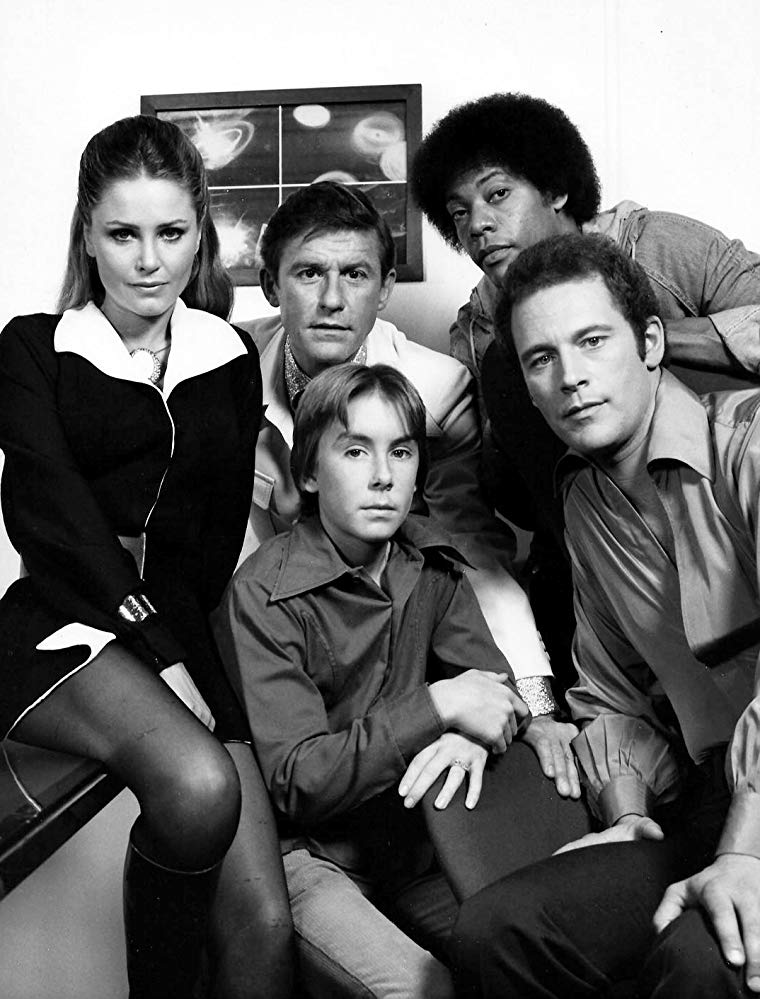 Not the answer you're looking for? Browse other questions tagged story-identification time-travel tv telepathy or ask your own question.

5
time travel kids show
6
Sci-fi novel about a world-destroying cataclysm from the 70s or earlier
17
Pre 1985ish science fiction paperback with a metal-armed man on the cover and time-travel combat
2
Science Fiction Planetarium Show
5
TV show, late 70s or early 80s: Man with a machine to observe and/or travel to the Moon/Mars
10
Show/movie with James Dean and time travel to prevent/ensure a car crash
5
'70s era SF novel about time travel, with “Starchild” and “Rodney”
7
2010 (?) science fiction TV show with new world