Kindle book, girl with blue and brown eyes living with mom and step-dad gets impregnated by artificial means

It's about a girl with blue and brown eyes. She lives with her mom and stepdad. It's a place where boys and girls shouldn't talk. Her boyfriend's name is also Joseph. I don't remember the book name nor the book title. They impregnate her using someone's sperm or something.

It's not alien or robots. It's more like Hunger Games. Except they get girls and boys all over the nation in an institute or something. They select people based on their talent. She gets selected into woodmaking class and the boy in medicine. She makes a mistake in her class and she is drugged and impregnated. Everyone believes she is dead. And she escapes into the forest. That's all I remember.

This is The Woodlands by Lauren Nicolle Taylor. Multiple reviews mention the main character's heterochromia (miscolored eyes) and boyfriend Joseph.

When being unique puts you in danger and speaking your mind can be punishable by death, you might find yourself fighting to survive. Sixteen-year-old Rosa lives in one of the eight enclosed cities of The Woodlands. Where the lone survivors of a devastating race war have settled in the Russian wilderness because it’s the only scrap of land left habitable on the planet. In these circular cities, everyone must abide by the law or face harsh punishment. Rosa's inability to conform and obey the rules brands her a leper and no one wants to be within two feet of her, until she meets Joseph. He's blonde, fair-skinned, green-eyed, and the laid-back complete opposite of Rosa. She's never met anyone quite like him, and she knows that spells danger.

But differences weren't always a bad thing. People used to think being unique was one of the most treasured of traits to have. Now, the Superiors, who ruthlessly control the concrete cities with an iron fist, are obsessed with creating a 'raceless' race. They are convinced this is the only way to avoid another war. Any anomalies must be destroyed. 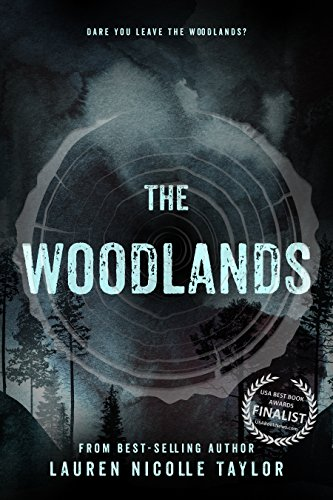 8
Book about a boy and future earth?
9
futuristic scifi story about a girl who gets sucked into a mirror to another time/place?
6
Book series with a cover of a girl with unusual eyes, who receives a crystal ball
10
Looking for a short scary story book! A girl (Chloe) is turned into a cat and stoned?
10
Looking for a sci fi book about a girl with eyes that changed colour
14
Identifying a YA novel about a chosen set of teenagers who are forced to serve a corrupt king