Sci-Fi book where spider-like alien lives on the hull of a ship and configures his web to forecast space weather or the future?

I read a book about 11 years ago that was part of a larger series and I can't remember the name or author. I randomly picked it out of the Sci-Fi section in the library because I liked the cover and became really invested in it. After realizing it was not even the first part of a larger series, I wanted to read them all but didn't have the time back then. Now I can't remember what it was.

The book is written in English in first person about a male character. I remember the cover having an image of a spaceship and maybe a large black hole or a planet in the background with smaller ships in the distance fighting a war. I thought it had void in the title or maybe abyss, but that might just be a false memory from trying to find the book a few years ago. It led me to Peter F. Hamilton's books, but after reading through the descriptions of all his books I'm not convinced it is.

I remember his community lives on a spaceship and has been sustained by some kind of bio-dome for thousands, if not hundreds of thousands of years. I'm pretty sure their ancestors had to escape Earth due to a war or it being no longer inhabitable. By this time, everyone on the ship has forgotten how to read and doesn't know where they are supposed to be going. I remember the main character looking at writing or symbols on the wall of the ship, but saying that no one knows what they mean because the ability to read was lost over time. They spoke of Earth as a fabled place and about animals and water as a thing that no one has seen for a very long time.

I don't remember the plot of the story, but the one thing I am certain about is that he would go out onto the hull of the ship to speak with some kind of spider-like alien who was temperamental and would only speak with him using some sort of telepathy. The spider had a dwelling that was described as geometrical and intricate. It would constantly rearrange it reflect something that's always changing. It might be according to star systems, or some sort of forecasting; it was very helpful so the main character would go to it for help or advice. There might have been a counsel on the ship that was divided about consulting the alien.

I also know for sure that the spider came from a planet that was inhabited by his race; and there was a big war between humans and his species. Ultimately, there was a peace between both species after a huge loss on both sides- it was referred to as a war that happened in the past but was not part of this book. It was a referenced when the spider alien is first introduced as a way of explaining where the spider came from. This point is definitely not a major player in the story, just a fact that was mentioned to give a history to the character. The spider came to travel with them and helped them somehow, but at one point it was no longer there.

There was also a battle that occurred at the climax of the book.

Edit: I looked into Orphans in the Sky and it feels familiar. Only a few know how to read but it's not common. No one knows where they're going and the farming communities feel familiar. The problems with this book are no one knows they're in space. In my book, the spider alien on the hull is visited towards the beginning of the book, so the main character would obviously know. Also, the mutants are unfamiliar and the book is too short. I remember the book being very thick--about 600 or 800+ pages.

I saw a similar post where a person is looking for a book where a planet is inhabited by spider aliens. (A story about a derelict ship orbiting a planet with spider-like creatures). The humans are trying to inhabit the planet, but don't know that a spider-like race lives in tunnels under the surface. There is a huge war on the planet, and at one point humans communicate with the spider species. In the end, the spiders rescue the humans. This feels very familiar to what was described in the book about the spider alien's home planet. It's from the book, Deepness in the Sky by Vernor Vinge. The issue here is that the book I read was not about the war itself. The next two books in the series also don't describe what I remember and they mostly take place off of the ship.

There are a lot of novels about generation ships. Many, like Heinlein's Orphans of the Sky and Gene Wolfe's four-book series The Book of the Long Sun have characters who, at the outset of the story, do not know they are on a generation ship. But many of the details you mention do not align with these works. So could it be possible that you are conflating details from two or more works and perhaps trying to remember Frank Herbert's four-book Destination: Void series? 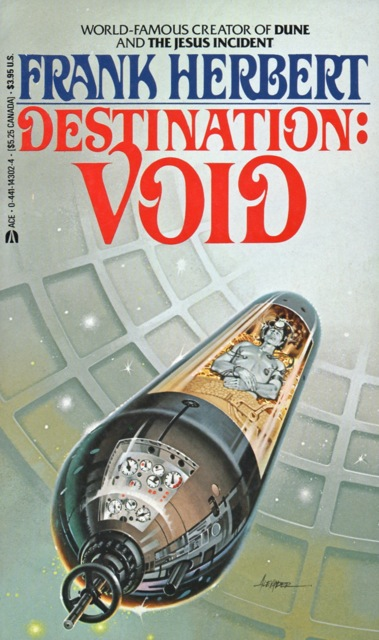 In addition to having the word "void" in the title, if you picked up the second book in the series, The Jesus Incident, you might have seen this cover (which features a space ship): 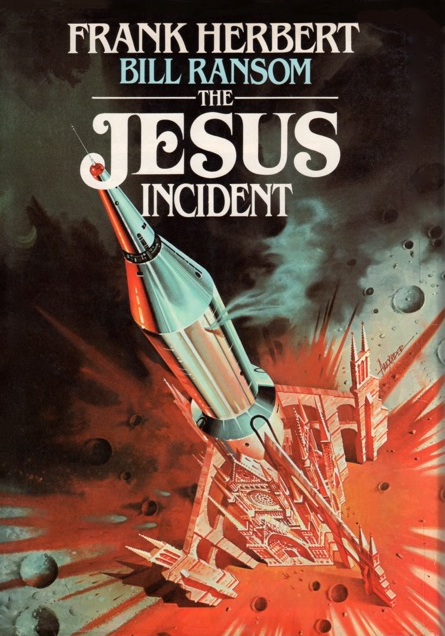 In the first book of the series a generation ship with thousands of inhabitants sets off for a new life to a far-away planet. The main character is a male who telepathically communicates with the ship, that has developed an artificial consciousness that, as you might put it, is temperamental. The second book of the series introduces an alien species, which is a sentient form of kelp (though I do not know if the book describes this alien life form as "spider-like"). Lastly, the book is not written in first-person, but Herbert and Bill Ransom (his co-author), use the device of characters speaking their own thoughts in italics (without a direct connection to the narrative) that makes the book often feel like it's written in first-person.

Could this be the generation book series you were trying to recall?

But a few mentions seem to match it.

It does not have generation ships, but does have a ship manned by a long string of apparently dispensable people.

“The spider had a dwelling that was described as geometrical and intricate. …”

There are several descriptions of glimpses of the huge not necessarily arachnid but buglike alien:

The screen flickered to life, for an instant only. Wesson had a glimpse of something massive and dark, but half transparent, like a magnified insect—a tangle of nameless limbs, whiplike filaments, claws, wings… He clutched the edge of the console.

“By this time, everyone on the ship has forgotten how to read and doesn't know where they are supposed to be going. I remember the main character looking at writing or symbols on the wall of the ship, but saying that no one knows what they mean because the ability to read was lost over time.”

Aunt Jane said something else, tonelessly. Once more, Wesson could not make out a single word. He stood frozen. Warm tears started suddenly out of his eyes. “Aunt Jane—” he said. He remembered, . Too late? Too late? He tensed, then whirled and sprang to the closet where the paper books were kept. He opened the first one his hand struck. The black letters were alien squiggles on the page, little humped shapes, without meaning.

Worth checking the answered questions abut Stranger Station to find out whether it is a match, but heavily fogged by memory distortion.

CHILDREN OF RUIN - the sequel to children of time. spiders on the same spaceship as humans.

Children of Time! By Adrian Tchaikovsky is the one. 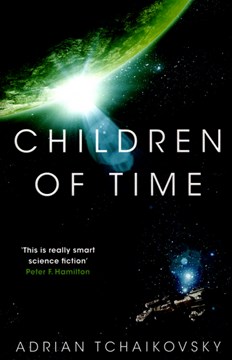 Not the answer you're looking for? Browse other questions tagged story-identification aliens spaceship generation-ship space-opera or ask your own question.

31
Name the book where the setting is a giant ship with a planet inside
4
Sci-fi story where a pilot transfers his consciousness into his ship and explores the territory of an "enemy" alien race
7
Book where alien empire takes over earth and moves humans to planets named after the continents
7
Alien race recruits military personnel from the American, Soviet, and Israeli armed forces
8
50's-70's sci-fi children's book set in outer space, with an alien spider and needles to go into deep sleep