What powers does each Infinity Stone impart?

In Infinity War, we see Thanos wielding the Infinity Stones with the Infinity Gauntlet. His powers seem to expand as he obtains more Stones

(e.g. once he has the Reality Stone, he can warp reality and create illusions).

Furthermore there are examples of other characters using the Stones to obtain powers which seem to be specific to the Stone being used:

Peter Quill holds the Power Stone in GOTG and uses it to make Ronan go kaboom; Loki uses the Mind Stone in his sceptre in Avengers 1 to control people's minds.

It's pretty clear that different stones give different powers. But what different powers have we seen, and why does each stone confer what powers it does? (That last question is really about the Soul Stone, since the powers of the others are pretty self-explanatory: Time Stone gives control of time, et cetera. Also, do the Stones always empart these powers, or do the powers the Stones give vary between users?

In 2015, the Marvel Multiverse was destroyed and (for the most part) recreated due to the events of the Secret Wars storyline. In the old universe, the stones (then called the Infinity Gems) had the powers described in the following image (located in Marbvel Fact Files #001 by Valorum ): 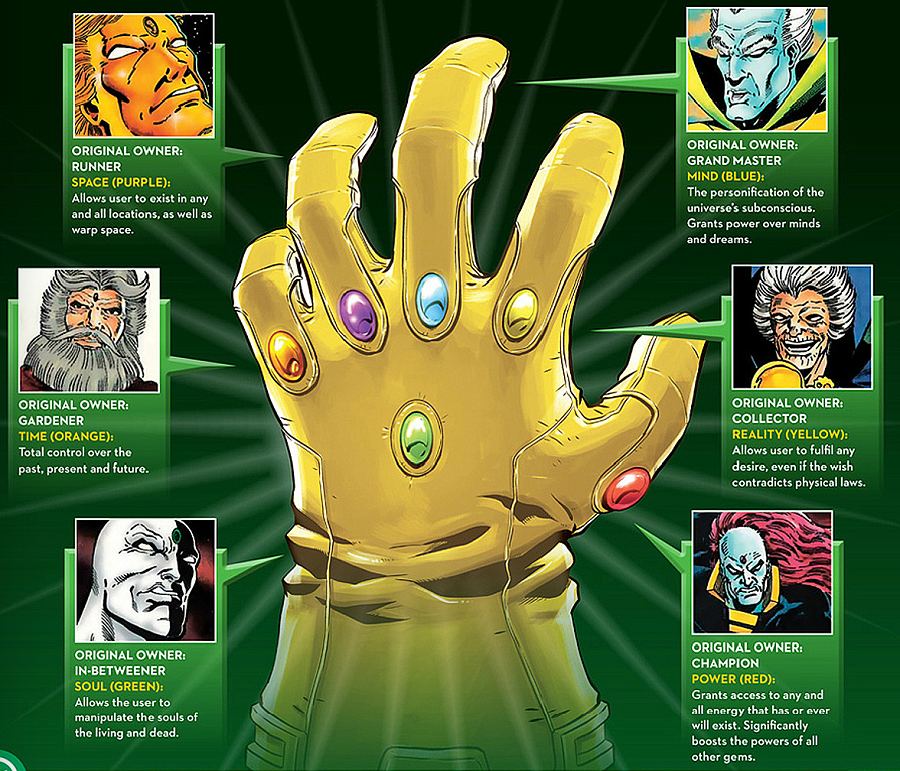 It was established that the stones only worked in their native realities, in the Avengers/JLA crossover in the early 2000s; we saw Darkseid trying to use the Infinity Gauntlet in the DC universe, but there it's just a gaudy glove.

Since the new version of the uni/multiverse returned, the Gems are now the Infinity Stones (All but the souls stone have a rough, uncut/unpolished appearance). The colors associated with the various stones have changed (for example, the Soul stone was green previously, and is orange now). And, it appears how they work has been redefined. I'm going to assume that these changes were to better match the movies.

Here's a page that explains how the stones now work in the comics, from INFINITY COUNTDOWN #1: 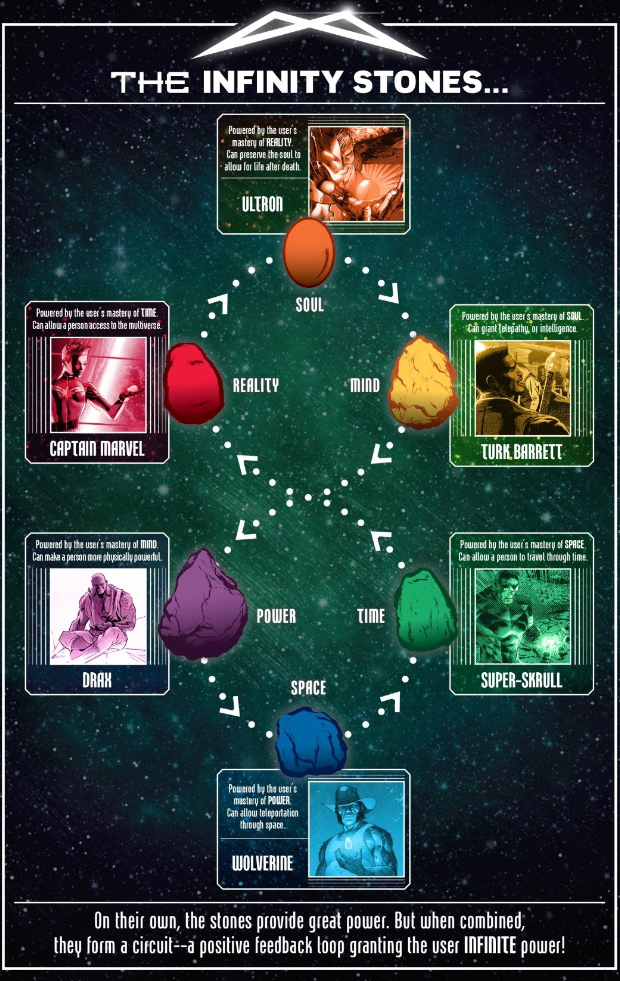 Here's a blow-up of the details on the new reality stone: 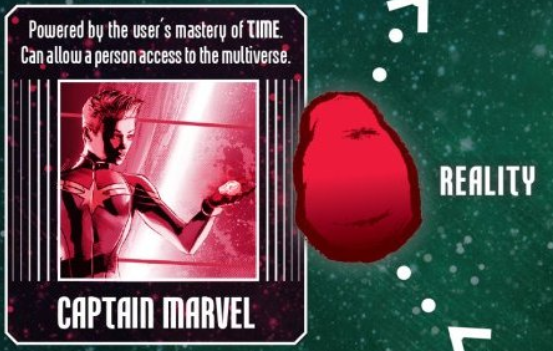 And, yes, different people can use the stones at different levels. In the comics, we've seen this in practice. The Space stone has been held by both Wolverine and Black Widow. Wolverine was ability to use the stone to teleport much farther than the Widow - she was basically limited to line-of-sight jumps. this implies that Wolverine has a greater "mastery" of power (physical power) than the Widow. He's stronger than she is, and ha the whole regeneration thing going on, which may explain the difference.

The description of the Mind stone says it can grant "telepathy or intelligence." For the holder in the Infinity Countdown series, it definitely seems to have granted both. It may raise intelligence to a degree, but have a point where it levels off. If Tony Stark or Bruce Banner had the stone, it might not boost their intelligence much at all.

As stated at the bottom of that page:

On their own, the stones provide great power. But when combined, they form a circuit -- a positive feedback loop granting the user INFINITE power!

Again, there's no guarantee that this is how the stones work in the movies. However, it seems unlikely that Marvel would go to lengths to explain how they work together for the first time ever, and explicitly not try to match things up with the MCU.

For the most part, the powers are as described above. The main differences:

Not the answer you're looking for? Browse other questions tagged marvel marvel-cinematic-universe avengers-infinity-war infinity-stones or ask your own question.

18
What is required to wield an infinity gem?
17
Does the Infinity Gauntlet itself have any special attributes?
17
Is Aether really an Infinity Stone?
10
The test to aquire the Infinity Stone
11
How does Thanos know what size slot is needed to hold each Infinity Stone?
8
What powers does the Soul Gem have?
5
How can Scarlet Witch hold off Thanos?
19
Why doesn't Loki look like a Frost Giant in the TVA?