Does Damian Wayne ever see his mother again after 'Son of Batman'?

Bruce takes Damian under his wing in 'Son of Batman', and becomes Robin. However, I wanted to know if Damian ever gets to see his mother again? Even in the comics, was there and evidence that Damian sees Tahlia again? 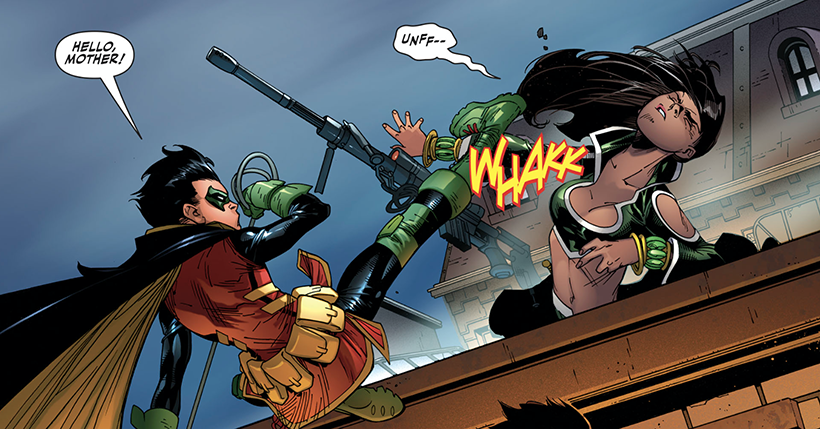 If you are referring to the animated movie Son of Batman (2014), then yes. This movie had a sequel called Batman: Bad Blood (2016), where Damian does meet his mother again, at least once.

During the movie, spoiler below:

From what I heard, on the pretty end, Nightwing was fighting against a mind-controlled Batman (by Talia). At some point, Damian came to talk with his mother.

You will find a video of that scene below:

22
Have we ever seen Bruce Wayne getting facial re-constructive surgery?
22
How many children does Bruce Wayne have?
3
Help with identifying web comic with Batman and Robin
10
Should I start reading batman from the start or from the new 52?
3
How many different individuals have been Robin?
8
Who is the medium sized Robin?
20
Has Bruce Wayne ever dated a woman who did NOT find out he was Batman?