"Your culture will adapt to service us" - has it ever?

We are the Borg. Lower your shields and surrender your ships. We will add your biological and technological distinctiveness to our own. Your culture will adapt to service us. Resistance is futile.

Have they ever made good on their threat, and actually force a species to service them, rather than straight-up assimilate all of them?

The Borg assimilation speech succinctly describes the actions that the Collective intends:

We will add your biological and technological distinctiveness to our own. 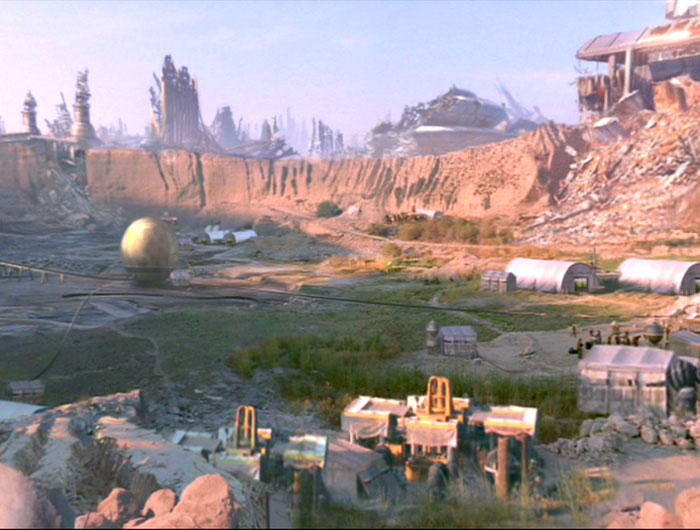 The next part of the assimilation speech describes the targeted group's post-conquest status:

Your culture will adapt to service us.

There's no reason to suspect the Borg of propaganda or deceitful wordplay. Taken literally, this part of the speech does not say that the culture will be incorporated into the Borg Collective, nor that the culture will willingly accept its new role and act in the Borg's interests. The Collective, from its point of view, is simply stating the fact that it can do whatever it wants according to its own timetable.

In the case of the Brunali, the Borg plan called for repeated visits to the planet to harvest biological and technological distinctiveness. If the Borg had considered the Brunali a threat — for being prominent founding members of a strong interstellar federation, for instance — then the assimilation scope and timetable would likely have been accelerated as it was for Earth in First Contact.

Since the Borg valued the Brunali as resources and did not consider them a threat, the Collective was content to let the remaining people exist and adapt in service to the Borg, rather than obliterating the culture. The fact that the Brunali adapted in ways hostile to the Borg was irrelevant, resistance being futile after all.

The Borg don't just assimilate individual knowledge, they also take close account of cultural artifacts such as myths and legends. Most of these they discard as irrelevant chaff, but occasionally they find something useful that they keep, preserve and build upon. A good example of this is their search for the "Omega Particle". We learn in VOY: The Omega Directive that their first encounter was via a series of primitive societies whose main contribution to the Collective was cultural rather than because of their biological or technological distinctiveness.

SEVEN: Yes, but irrelevant. We followed this trail of myth for many years until finally assimilating a species with useful scientific data. We then created the molecule ourselves.

They assimilate all "distinctiveness" bio & tech to the collective. Borg are only interested in assimilation if a species is technologically advanced with knowledge and capabilities that surpass their own. If the race is an advanced one, possessing inferior bio or techno attributes to the Borg's, even if they are a very advanced species the Borg will not bother. They are not interested in destruction of, or conquering the universe. Their only mission is to become "perfect". One race, one mind, possessing no genealogical, bio-chemical, mechanical, intellectual, psychological, and technological imperfections. Typical suffers of the narcissistic "God Complex" not unlike Hitler's idea of a "perfect" species of man. Both ideals and methods are terrifyingly, unbelievably, remarkably, monumentally wrong on almost every imaginable level.

Not the answer you're looking for? Browse other questions tagged star-trek history-of borg or ask your own question.

31
Why are there no non-humanoid Borg?
16
Why don't the Borg pursue Voyager after 'Scorpion II'?
49
Why do the Borg announce themselves?
13
Have the Borg ever destroyed a species rather than assimilate them?
14
Is Sisko referring to the events of First Contact here and if so how does it affect things?
32
Is there a link between the Vogon's "Resistance is Useless" and the Borg's "Resistance is Futile"?
8
What do the Borg think perfection is?
17
Has any civilization NOT resisted assimilation by the Borg?
4
What are the similarities between The Borg and The Cybermen?
54
Why do the Borg care so much about Earth?