This is a posthumous novel(?) from the 70 or 80s(?) where a modern day archaeologist who is transported back to the Aztec empire on the brink of the conquest, but then changes the course of history à la Lest Darkness Fall.

La Malinche is a main character.

Not Pastwatch which involves the Maya, with the time-traveler's help, modernizing and forming a coalition AGAINST the Aztec. This book features the death of Motecuhzoma Xocoyotzin at the hands of his own people for his feeble response to the Spaniards aggression. Possibly la Malinche instead of becoming Cortez' mistress is won over to side with the time-traveler. Again, I have a vague recollection of this being a posthumously published work, perhaps completed by someone else. I may be thinking of another book.

Pastwatch: The Redemption of Christopher Columbus by Orson Scott Card (1996) matches this trope. This has been mentioned in various other Answers on this site, with this one being a possible duplicate (same answer, and accepted). 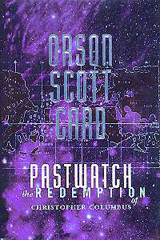 Wikipedia has a full summary but for (slightly spoilery) brevity:

Pastwatch is technology that allows the past to be viewed (like a video). Using it, researchers find out that Columbus's trip West, to the Americas, was triggered by time interference in the first place. Viewing the legacy of the conquest of the Americas as negative, they decide to re-intervene.

The researchers find a way to send three people back to the era of Columbus' first contact with the Americas. They increase the natives' resistance to disease and introduce cultural changes to make the Aztecs both more capable and attractive to partnership with Europeans. As a result, the discovery of the New World becomes a meeting of equals rather than a one-sided slaughter, and leads to a more harmonious future.

(It is determined at some point that in the original history, Columbus went East instead of West, and the Aztecs were left undisturbed to progress and eventually discover (quite bloodily) the rest of the world under their own power. So each successive iteration of history has grown less bloody and led to a more sympathetic world.)

@JohnRennie points out in a comment that La Malinche isn't a character in this book, a detail I couldn't recall, so this probably is not the story OP was seeking.

The Other Time, by Mack Reynolds and Dean Ing (Ing finished it after Reynolds' death I think.)

A step in an odd direction -- a moment of dizziness - and archaeologist Dan Fielding was thrust through an invisible barrier found hundred years into the past. He was still in the Mexican desert -- but it was the desert of the 16th century, and Mexico was in the grip of the conquistador Hernando Cortez.

Inevitably, Cortez captured Fielding -- and learned of the rich territory north of the Rio Grande. The land that would one day become the U.S. would be his next conquest. Unless Fielding could rally the Indians and erase Cortez's bloody footsteps from the New World forever!

Not the answer you're looking for? Browse other questions tagged story-identification novel time-travel alternate-history or ask your own question.

5
Looking for a scifi novel about a warrior that came to our time and people are sent to bring him back to protect them from some dangerous creatures
6
Identify time travel story. Modern soldier goes back to days of mounted Knights with scientists
7
What was the series of alternate history stories about a nonhuman apes found in the Americas?
9
Novel(s) about sidhe/fae intersecting modern day, possibly young adult with Native American themes
4
Alternate history/fantasy novel with a woman as Alexander the Great