The Twilight Zone episode where a man doesn't stop learning

I'm looking for an episode of The Twilight Zone where a man in a house doesn't stop learning. His learning process is more and more speedy until the other human wants to kill him.

He has power now but at the last moment he decides to not kill them because he becomes more aware.

You may be thinking of an Outer Limits episode called The Sixth Finger. Originally aired in 1963. A scientist; Professor Matthews( played by Edward Mulhare), developed a machine that speeds up evolution. He tests it on a welsh miner Gwyllm Griffiths (played by David McCallum). Gwyllm's thirst for knowledge increases, as well as the size of his head! He thoughtlessly kills the housekeeper and is hunted by the local police. By this time, he's evolved beyond emotions and does not kill them. 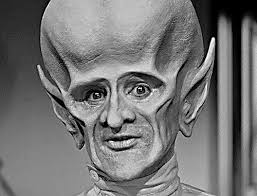 Not the answer you're looking for? Browse other questions tagged episode-identification the-twilight-zone or ask your own question.