Can Someone Explain the Continuity and Death Infinity Stones Recently Introduced?

I was doing some internet surfing the other day, and realized that there are now 8 Infinity Stones (I think they're called Infinity Gems in the comics): Power, Space, Mind, Soul, Reality, Time, Death, and Continuity. Now, I know about the first six (Power, Space, Mind, Soul, Reality, & Time) due to the movies in the Marvel Cinematic Universe (MCU). However, I don't know much about the Death Gem and all I know about the Continuity Gem is that it was apparently revealed in a Deadpool book.

Can someone explain to me what these two Gems are and what they do, their purpose?

The Continuity Gem has only appeared once in Deadpool Vol. 3 Issue 27, and even then only in the "Continuity Spontinuity" storyline. In it Deadpool finds the Gem which has the power to retcon Marvel comics history and also talk to the writers apparently. 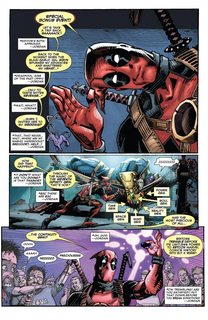 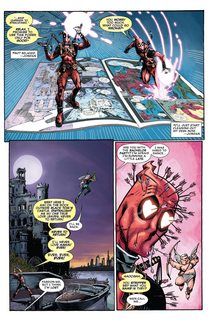 Deadpool throws the Gem away at the end of the storyline and it hasn't been seen since. 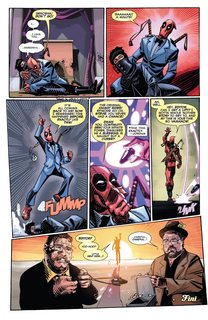 The Death Stone has appeared a whole 2 times! It first appears in Infinity Gauntlet Vol. 2 Issue 5 where Anwen Bakian creates it by using the Reality Gem. She then gives it to Thanos who puts it in his Infinity Gauntlet. However, the Stone starts to corrupt him and he is eventually turned to dust. 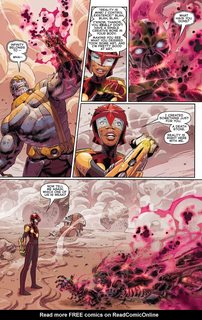 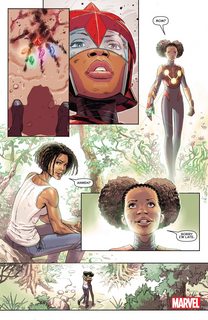 An alternate version of the Death Stone appears in the Marvel Contest of Champions game.

It's also worth noting that in some other Marvel universes there are even more Infinity Gems - it just depends on the universe really. There are such things as the Ego Gem and one universe with 8 Gems and 2 Gauntlets etc.

The Continuity Stone is an Infinity Stone that could only find place in the Deadpool story arcs. In a certain issue, Deadpool gets his hands on the Continuity Stone, which gives the characters the powers to talk to the comic book writers themselves. The Picture above shows Deadpool engaging in a conversation with the writers. Safe to say we did not see that in Infinity War.

The death stone was created by the reality stone to trick Thanos, it is not as powerful as the others. The continuity stone allows you to speak directly to people in the real world. It’s origins are a mystery, but probably to be revealed.

The Continuity Gem affects continuity. It can rewrite the comics as well as other things.

Not the answer you're looking for? Browse other questions tagged marvel comics infinity-stones or ask your own question.