What is this creature on the back of Harry Potter 2 Illustrated Edition?

I was just looking at this dust cover of Harry Potter and the Chamber of Secrets (Illustrated Edition) and noticed this creature. My first guess as to what it was was a Bowtruckle but Bowtruckles aren't that big.

Maximum of eight inches in height, made of bark and twigs with two small

So if anyone could help me out that would be great! 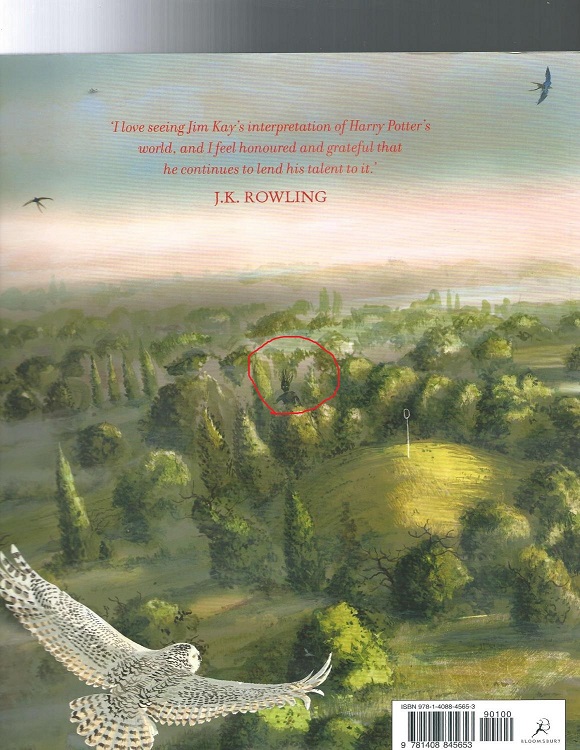 It is a reference to A Monster Calls, which Jim Kay also worked on and illustrated. It is apparently "a sort of Green Man".

In short it is a Green Man which was a reference to Jim Kay's work on A Monster Calls. See the bottom half of my answer for an email I received from him that this is the case.

The creature on the front cover of A Monster Calls does also look a lot similar to the one on the dust cover. 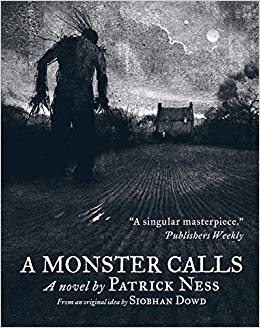 I haven’t actually read or seen this either but Jim Kay also worked on the film and again the creature in the film is very similar. 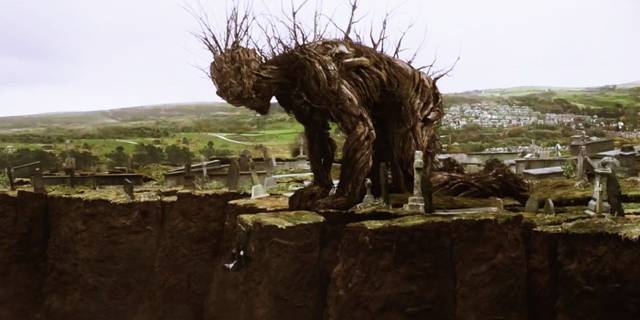 I emailed Jim Kay from his contact form on Creepy Scrawlers Ltd and this is the response I got.

I've just noticed this creature on the Dust Cover of Harry Potter and the Chamber of Secrets (Illustrated Edition).

I've also seen that apparently it was revealed at some point what it was (potentially in The Prisoner of Azkaban illustrated edition but I can't see if it is).

Have you revealed what it is and if so what is it?

It's a sort of Green Man, I illustrated A Monster Calls, which kind of changed my life really. Wouldn't be illustrating today if it wasn't for that book by Patrick Ness. I worked on the film too. It was just a little nod to that really.

There are other things people haven't noticed yet. On the Chocolate bar wrapper in the chapter opener inside Prisoner of Azkaban, there is a black dog hidden among the hares. Best Wishes 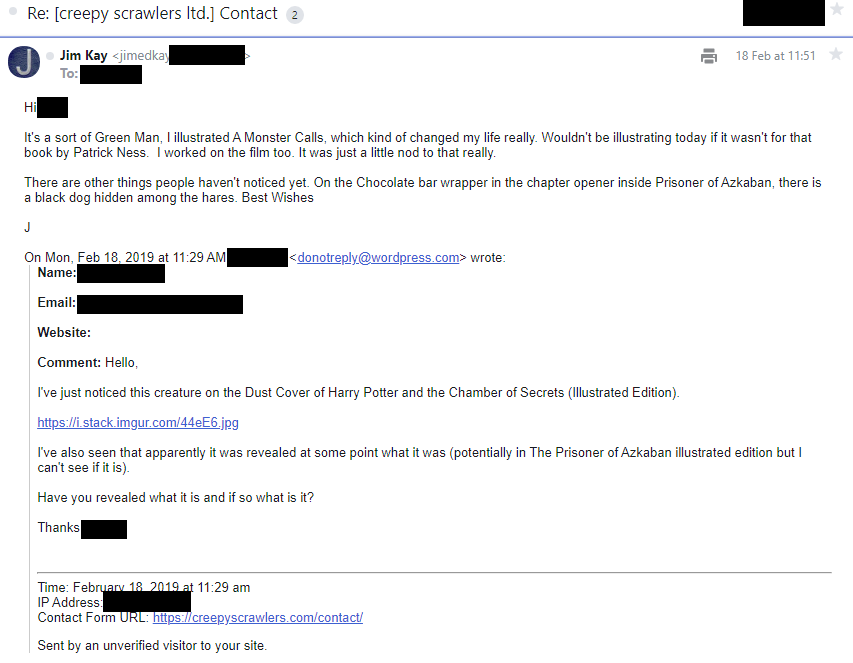 I hate making this an answer rather than a comment, but I can't post the image in a comment. I reached out to artist Jim Kay and asked him directly - he responded that the answer is revealed in the third book. Anyone w/ that book feel free to answer and I'll toast this post 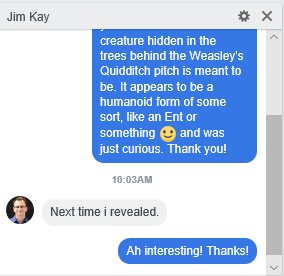 [...] creature hidden in the trees behind the Weasley's Quidditch pitch is meant to be. It appears to be a humanoid of some sort, like an Ent or something and was just curious. Thank you!

It resembles the Bloomsbury logo

This may be an "Easter egg" regarding the publisher of Harry Potter and the Chamber of Secrets (Illustrated Edition).

The Bloomsbury Publishing logo — seen in the bottom right corner of the cover — features a humanoid archer with antlers: 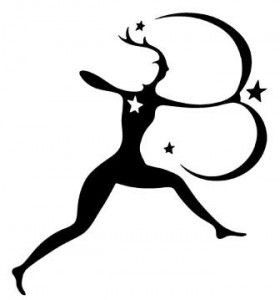 On the cover, the figure among the trees is similarly depicted as a silhouette, apparently with antlers.

Jim Kay, the book's artist, included a number of hidden details in his illustrations for the previous novel. While many of these details come from Harry Potter canon, the appearance in Diagon Alley of Kay's dog Leroy is whimsical, just as a hidden publisher's logo might be.

6
Are there any instances where the illustrations in the Illustrated Harry Potter contradict known book canon?

17
Did Dobby do a “camera-take?”
19
Who knew first that Tom Riddle was the Heir of Slytherin: Tom Riddle or Dumbledore?
10
Are the illustrations in Harry Potter and the Philosopher's Stone Illustrated Edition canon
38
Who killed this Harry Potter character?
23
Is Harry the only witch/wizard to cast a spell with his wand without holding it?
26
Why didn't Dobby just steal the diary?
84
How can Ron know that Voldemort was in Slytherin if nobody knows his real identity?
28
What is this creature from Harry Potter and the Prisoner of Azkaban?
27
Why was an entire minor scene omitted from the French translation of “Harry Potter and the Chamber of Secrets”?
9
Did Tom Riddle really try to kill Aragog?