2010s (?) YA sci-fi short story book with eerie or disturbing endings; one involving mind control and a baseball player

I read this book around 2013/14 but I’m not sure when it was published. Essentially there were a bunch of short stories with creepy or disturbing endings. I only remember one of them but I don’t know all the details.

From what I remember this person could jump into someone’s mind and take over their bodies and lives. The real people would still be in their bodies and tried to fight back but never won. Then one day, this person jumped into the body of (I think) a well-known baseball player and he was fighting back a lot internally. I believe it ended with the baseball player convincing the mind jumper to like go into the mind of a dolphin, and then he was stuck there forever or something along those lines.

Also a lot of the times the short stories would break the fourth wall and kinda talk to the reader in a way.

It was written in English and I think that was the original language. I don’t remember much of the cover but I believe it had a lot of red on it. 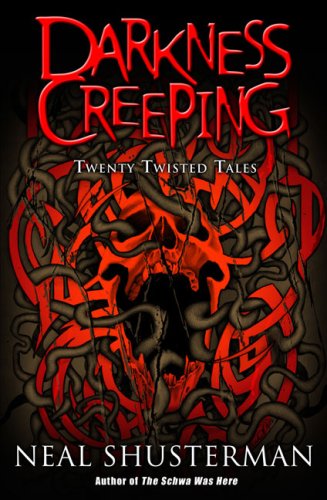 In the short story Soul Survivor boy dies because plane crashes into the second floor of the house where he lives with his parents. But his soul is left to wander as a spirit and he learns to move within the minds of human beings. At first the baseball player (Sam “Slam” McKellen) is welcoming:

“My name is Peter,” I said, and then I told him about the plane crash. I explained how I had lost my body, and how I had survived for more than a year on my own. I must have gone on babbling for hours—it was the first time I had someone to talk to.

McKellen listened to all I had to tell him, sitting quietly in a chair. Then, when I was done, he did something amazing. He asked me to stay.

“We have batboys in the dugout to help us out,” he told me. “Who says I can’t have a batboy on the inside as well?

But then he writes to the boy's parents and they (and the press) think he's a madman, Slam asks him to leave:

“Peter, I want you to leave,” he told me as we sat alone in the dark, in the big house our baseball contract had bought. Our hair was uncombed and our face had been unshaven for weeks.

“The doctors are right,” Slam announced. “You don’t exist, and I won’t share my mind with someone who does not exist.”

I could hardly believe what I was hearing.

“I order you to leave and never come back,” he said. “Never look for me. Never talk to me. Never come near my thoughts again.” And then he began to cry. “I hate you!” he screamed—not just in our head, but out loud. “I hate you for what you’ve done to me!”

I could have left then. I could have run away to find someone else who wouldn’t mind sharing his life with a poor dispossessed soul like myself. But I realized that I didn’t want to leave.

I pounded and pounded on his mind and filled his brain until there was no room for him anymore. But try as I might, I could not push him out. I could only push him down. So I pushed him down until the great baseball player was nothing more than a tremor in my right hand.

I had control of everything else . . . but even that wasn’t good enough. As long as any part of him was still there, he could come back, and I didn’t want that. I had to figure out a way to get rid of him—for good.

That’s when I remembered the dolphins.

Not the answer you're looking for? Browse other questions tagged story-identification short-stories young-adult mind-control or ask your own question.