How many books did Gilderoy Lockhart write?

We know Gilderoy Lockhart wrote the multi-volume "Magical Me." But there are other books as well that he wrote, including one about pests.

What is the total number of books that Gilderoy Lockhart wrote, counting each book of Magical Me as a unique title?

There appear to be nine books; however, both Fred Weasley and Lockhart himself describe the seven books on the Hogwarts list as the complete set

In the beginning of Chamber of Secrets Harry's booklist contains the following titles by Gilderoy Lockheart:

"You've been told to get all Lockhart's books, too!"

This would imply that the complete set of Lockhart's books is seven in number.

When they are degnoming the garden Mrs. Weasley reads from Gilderoy Lockhart's Guide to Household Pests so that brings us up to eight books altogether.

When they meet Lockhart in Flourish and Blotts he is signing copies of Magical Me, which would bring us up to nine books.

Lockhart gives Harry a complete set of his books:

The crowd cheered and clapped and Harry found himself being presented with the entire works of Gilderoy Lockhart.

"You have these." Harry mumbled to her, tipping the books into the cauldron. "I'll buy my own –"

This implies that there wouldn't be too many other books besides for the seven that were required for school, because otherwise there would be no need to give them to Ginny, nor to buy others for himself.

Lockhart himself, in the first Defense Against the Dark arts class appears to describe the books on the Hogwarts list as the complete set:

"I see you've all bought a complete set of my books – well done."

There may be twelve - he Obliviated twelve people for his books.

In the Pottermore writing by JKR on Gilderoy Lockhart, it’s stated that he modified the memory of a dozen wizards and witches so he could take credit for what they did, and that he came back with a new book ready for publication after each ‘adventure’ on what he supposedly did.

The truth was that Lockhart had found his true calling at last. He had never been a bad wizard, only a lazy one, and he had decided to hone his talents in one direction: Memory Charms. By perfecting this tricky spell, he had succeeded in modifying the recollections of a dozen highly accomplished and courageous witches and wizards, allowing him to take credit for their daring exploits, returning to Britain at the end of each ‘adventure’ with a new book ready for publication which retold ‘his’ feats of bravery with a wealth of invented detail.
- Gilderoy Lockhart (Pottermore)

That suggests, presuming each individual wizard’s exploits were turned into a new book (which seems likely enough), that he’d have written at least twelve books in all.

Lockhart wrote at least nine books that were named in total.

In total, there are at least nine books that Lockhart wrote. Lockhart wrote a guide to exterminating household pests, which Mrs. Weasley has in her house.

“Harry looked at the cover of Mrs Weasley’s book. Written across it in fancy gold letters were the words: Gilderoy Lockhart’s Guide to Household Pests.”
- Harry Potter and the Chamber of Secrets, Chapter 3 (The Burrow)

He also wrote his autobiography, Magical Me, which he was selling in Flourish and Blotts.

“GILDEROY LOCKHART
will be signing copies of his autobiography
MAGICAL ME”
- Harry Potter and the Chamber of Secrets, Chapter 4 (At Flourish and Blotts)

There can’t be that many additional books than the ones mentioned by name, since his entire bibliography fits in a cauldron.

“The crowd cheered and clapped and Harry found himself being presented with the entire works of Gilderoy Lockhart. Staggering slightly under their weight, he managed to make his way out of the limelight to the edge of the room, where Ginny was standing next to her new cauldron.

‘You have these,’ Harry mumbled to her, tipping the books into the cauldron. ‘I’ll buy my own –”
- Harry Potter and the Chamber of Secrets, Chapter 4 (At Flourish and Blotts)

There may be a few not mentioned in the books, as it’s possible more than nine books fit in a cauldron, and Harry passed them all off on Ginny quickly, so we don’t see them. In addition, the writing on Pottermore about Lockhart suggests there might be twelve.

We know about 10 Here is a list of Gilderoy Lockhart's (known) published works.

7 of these 10 Books are all mentioned in Chapter Four of Harry Potter and The Chamber of Secrets on the shopping list for second years.

He also wrote his autobiography, Magical Me, which he was selling in Flourish and Blotts.

“GILDEROY LOCKHART
will be signing copies of his autobiography
MAGICAL ME”
- Harry Potter and the Chamber of Secrets, Chapter 4 (At Flourish and Blotts)

About Gilderoy Lockhart's Guide to Household Pests I found this quote in Harry Potter and The Order of the Phoenix:

Mrs. Weasley was bending over to check the page on doxies in Gilderoy Lockhart's Guide to Household Pests, which was lying open on the sofa.
- Harry Potter and the Order of the Phoenix, Chapter 6 (The Noble and Most Ancient House of Black)

Finally, about Who am I? i found this image. 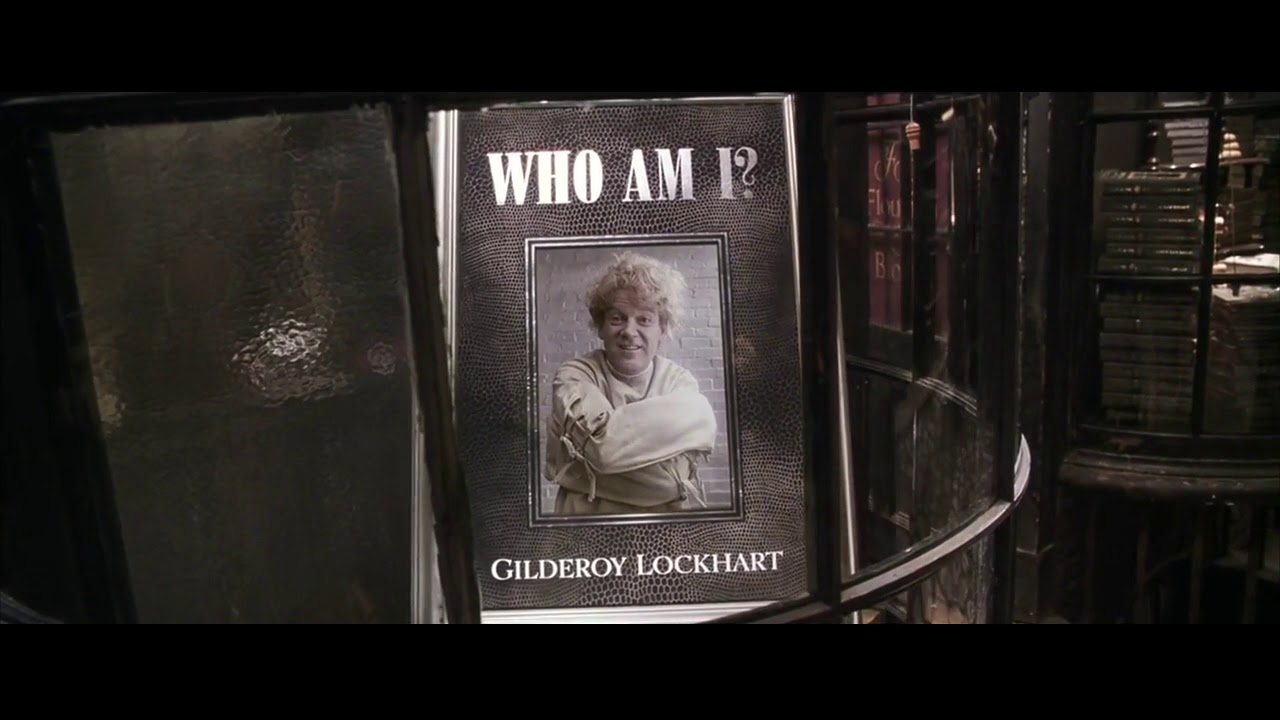 Note: the sources on the list of books are all wiki-sites, I used them just because they have the list of references from the book/movie. Also, I couldn't find any reference for multiple volumes of Magical Me so I counted it as just one, please comment if I'm wrong.

8
Is “Magical Me” a distinct work, or is it just the title for Gilderoy Lockhart's multivolume autobiographical works?